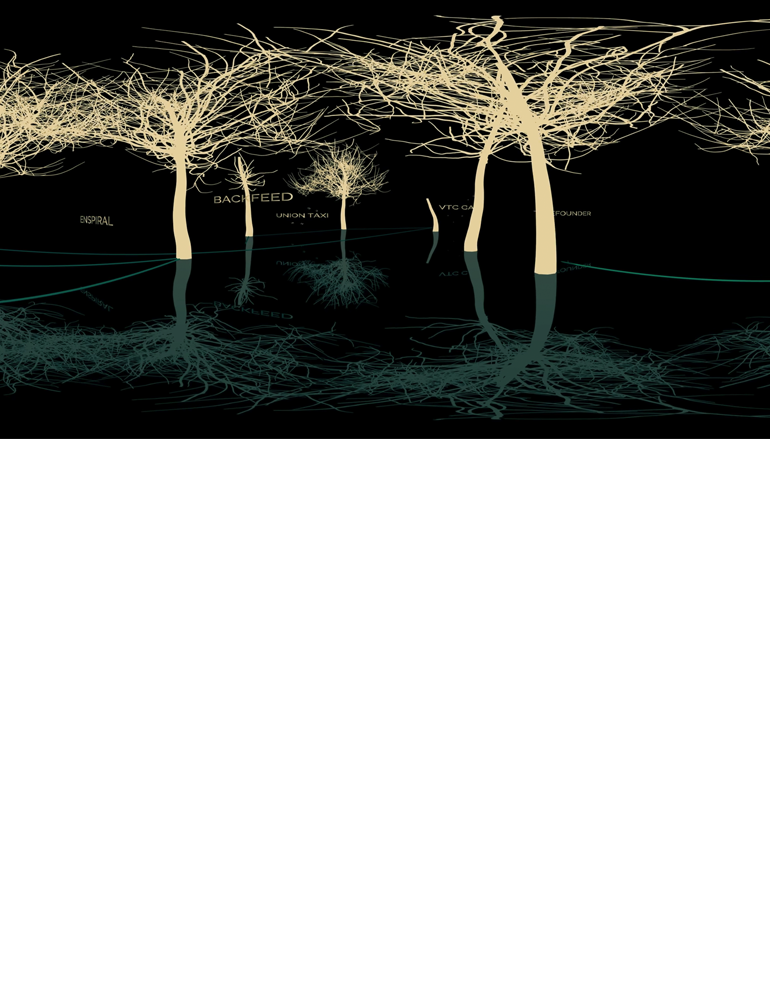 “The rules of our economy were invented by particular human beings, at particular moments in history, with particular goals and agendas. By refusing to acknowledge the existence of this man-made landscape and our complicity in perpetuating it, we render ourselves incapable of getting beneath its surface. We end up transacting and living at the mercy of a system.” – Douglas Rushkoff

Douglas Rushkoff narrates this immersive 360 degree computer animated video short which plunges us into the world of the corporate imperative to grow, to extract value, and to dominate markets. Produced by the CFC Media Lab and directed by award-winning animator and filmmaker Justin Stephenson, Distributed: A Beginning is a visceral, graphic visualization in virtual reality of the world through the lens of the contemporary corporation and offers a glimmer of a way forward towards a more distributed, networked economy in which power, capital, and resources are available to everyone.

Text from Throwing Rocks at the Google Bus appears courtesy of Douglas Rushkoff.