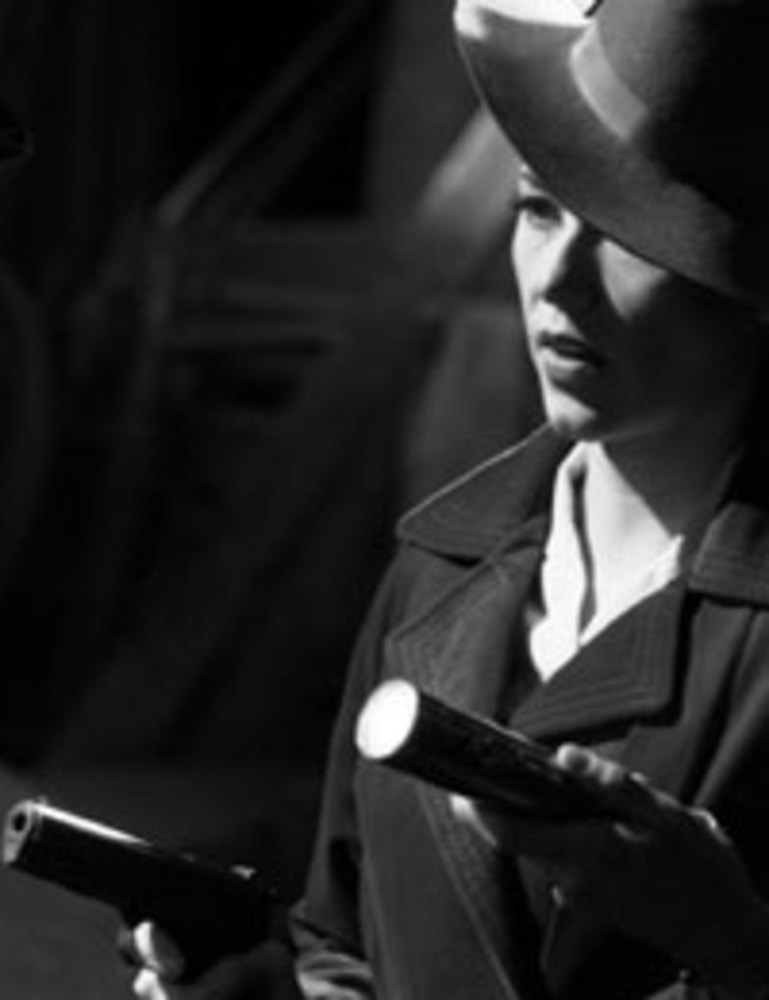 The Porcelain Pussy is a Film Noir detective story/romance set in a 40s era world where women have all the power and men must survive using their masculine wiles. Velma Katz, a cynical, hard-boiled detective, is hired by the villainous Biggy Biguns to find some allegedly stolen diamonds. In the course of her investigation, Velma falls in love with Rusty, Biggy\'s personal secretary and boy-toy. As Velma struggles to trust the beguiling Rusty, he finally proves his loyalty by warning Velma that Biggie is using her to cover-up the sale of government secrets to the Russians. Things take a dramatic turn when Biggy discovers Rusty and Velma together with the diamonds, forcing Rusty to take a bullet intended for Velma and die tragically in her arms.