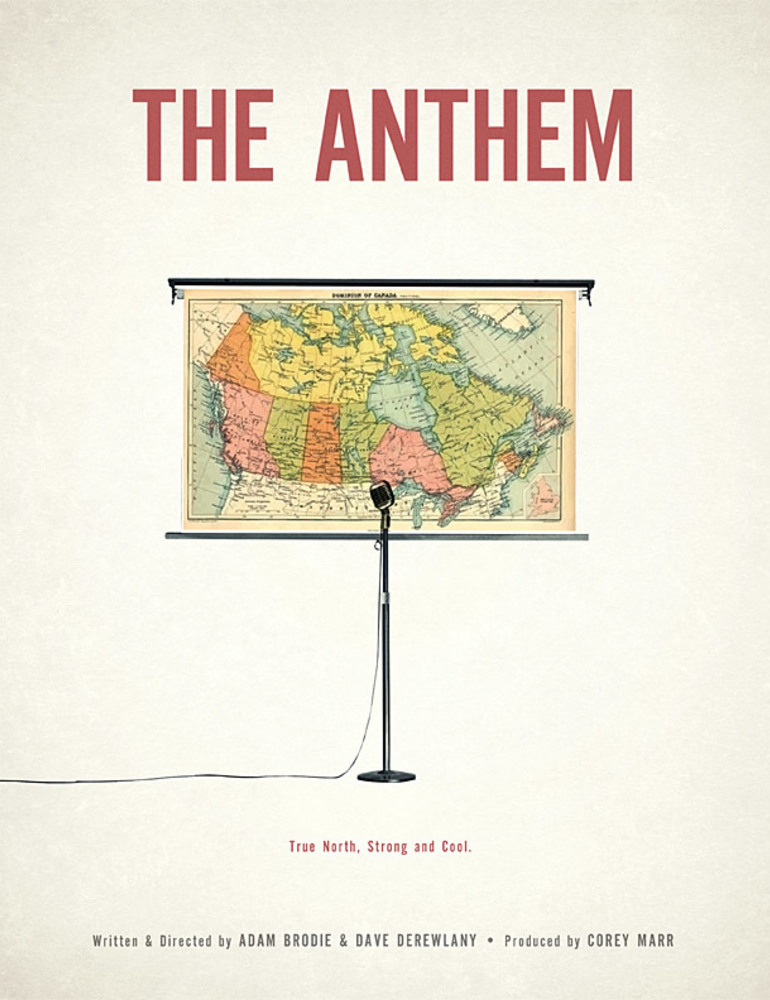 The Anthem is a satirical mockumentary about Canada's bureaucratic attempt to refresh its global image after a stinging report labels the country "uncool".

With an election year upon them and desperate to be popular, the feds push Junior Minister, Judy Smelton, into the spotlight to run Canada's Next Top Anthem contest.

The film takes a behind-the-scenes look at Judy battling her own fear of public speaking while wrestling the hilarious problems and personalities of the four contest finalists: Amala Khan, a 6-year-old prodigy whose song sounds like her wannabe musician father, Deepak, had a lot more to do with it then he will admit. Arienne LeBlanc, a French shock artist who enters the contest to ridicule the government but ends up becoming un-ironically invested. Bryce King, a cash-strapped jingle-writer who hides the not-so-small fact he is an American. And the introverted computer programmer, Wayne Lord, who created songwriting software to write his anthem. With her job on the line, Judy needs to prove to the contestants she can be the new arbiter of cool, and conquer her life-long insecurities in time for the big show.

Blending music, performance and character-driven comedy, The Anthem is a funny look into the life of each contestant and a biting satire on self-perception.