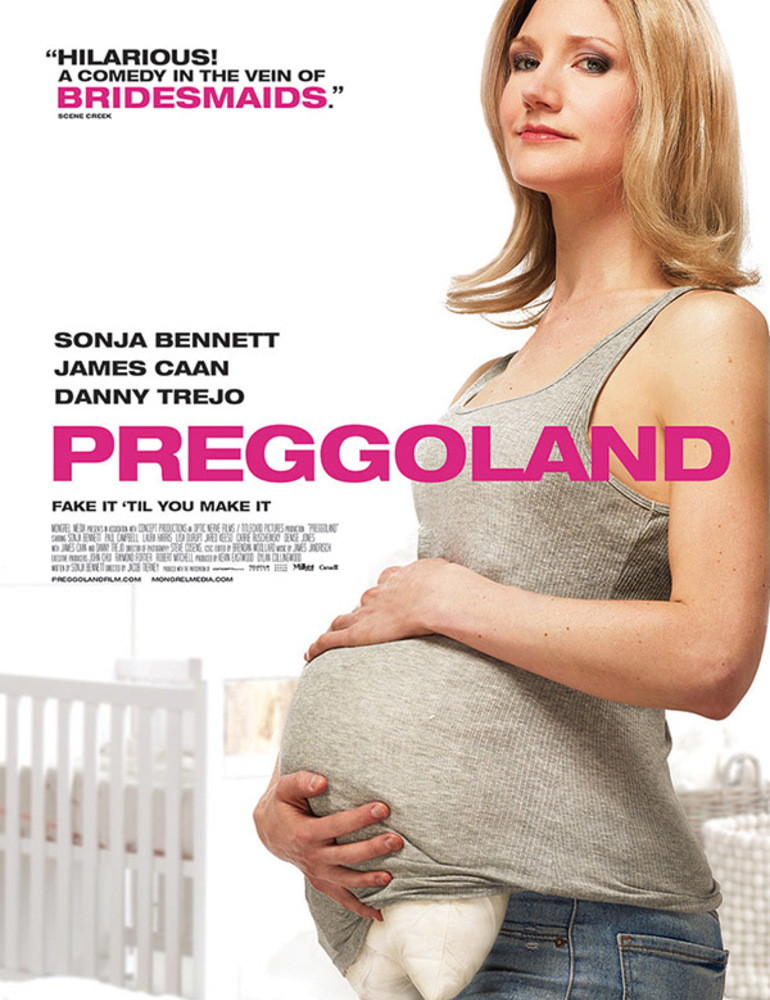 When 35-year-old Ruth ruins a baby shower with her juvenile antics, her old high school cronies-who are all mothers now-promptly de-friend her. But when she is later mistakenly thought to be ‘with child’ she is inexplicably welcomed back into the group. Although she initially tries to come clean, the many perks of pregnancy are far too seductive to ignore. Preggoland is a comedy about our societal obsession with babies and the lengths we’ll go to be part of a club.

"Sonja Bennett brings Preggoland to life, from script to performance...with lots of laughs, dance breaks and a soundtrack sure to strike up nostalgia."

"A mix of Judd Apatow’s Knocked Up and Jason Reitman’s Young Adult, Preggoland manages to perfectly balance a great comedy with a few touching coming-of-age moments."

"(Bennett) gives a knockout performance as Ruth...Hilarious and touching."

"Gut-bustingly hilarious, poignant and unforgettable all at the same time."