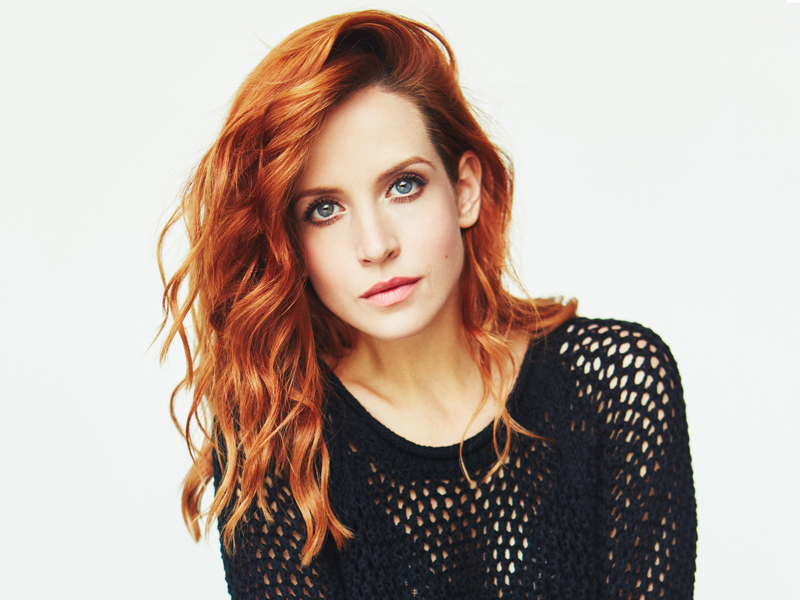 Over the past 10 years, the Actors Conservatory has produced 81 exceptional alumni, including Kimberly-Sue Murray, a 2011 alumna known for her upcoming work on this fall’s Netflix-produced V-Wars, as well as My Perfect Romance, Killjoys and The Lizzie Borden Chronicles. Originally from the Gaspé, she studied professional theatre at Dawson College in Montreal before relocating to Toronto, where she is currently based. Some of her other television credits include Shadowhunters, Being Human, Murdoch Mysteries and The Listener; leading roles in movies of the week The Art of Falling in Love and Twisted; and film credits in Mary Goes Round, The Good Lie, Ben’s at Home, Rattan, The Colony and The Scarehouse. Murray is also the creator/producer and star of Werewoman.

Recently we spoke with Murray about the impact of her time and work in the CBC Actors Conservatory and some of her upcoming projects.

I was only 22 when I attended the CFC, and new to Toronto from Montreal. I’d say the biggest takeaway was the feeling that I belonged to this community, this industry. That I had a place here. It was a great introduction to the Toronto scene, especially with casting directors who, at the time, had no idea who I was.

I also graduated with a renewed excitement for my craft. I felt empowered to create my own work, which lead to many collaborations with CFC alumni. It’s been eight years and I still feel a part of the CFC Family.

During my time at the CFC, I developed a love for the audition technique. Auditioning is a whole other beast and you should approach it differently. It used to be this nerve-wracking thing I had to do every other day, but now, it’s fun. I take a lot of joy in crafting my auditions. I now run my own self-tape and audition coaching business (www.ksmselftapes.com) out of my home and it complements my acting career beautifully. I’ve grown so much as an actor and even developed my eye as a director from consistently working on different scripts with a wide range of actors.

I always say that self-taping is my acting class. I don’t feel the need to study a specific method when I have established actors like Aaron Poole come in. I learn so much from them. It’s a win-win and I couldn’t be more thrilled.

When I meet a CFC graduate, I immediately trust that they know what they are doing and I want to be a part of it. There’s a certain work ethic, respect for the craft, and mutual understanding that comes from having gone to the CFC. It’s a great way to connect right off the bat. There’s a certain standard CFC alumni live up to.

The CFC is responsible for so many lovely relationships in my life. First off, Larissa Giroux, who is an alumna of the Cineplex Film Program and was the CFC’s Executive in Charge of Music & Acting Talent at the time, was and still is a huge support. She’s my go-to when I lose track of why I’m doing any of this.

Writer/director John Ainslie (Cineplex Film Program Writers’ Lab 2012) is a friend and creative partner whom I met at the CFC. Since then, we have collaborated on an award-winning short film called She Came Knocking. We are always developing something new together.

Casting director Jason Knight has been a favourite of mine over the years. He was a mentor at the CFC and that working relationship was a real blessing going forward. He gave me my first role right out of the CFC. I’ve also read for his casting sessions many times (which has helped to demystify the audition process) and gained great insight.

My entire group within the Conservatory, and all four labs of the Cineplex Film Program (e.g., The Writers’, Editors’, Producers’ and Directors’ Labs) were really close. I’m in touch with a lot of them still and if we’re not collaborating, then we are definitely meeting up to have a drink. 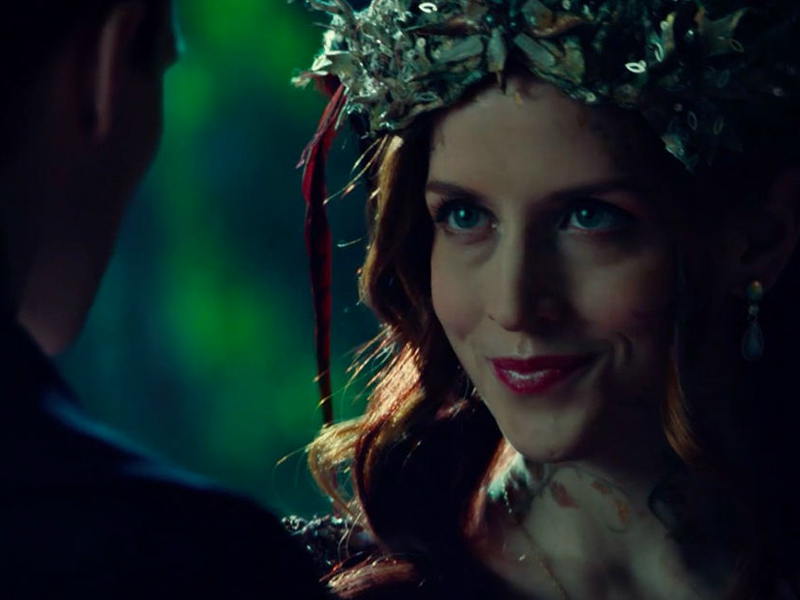 Murray stars as Seelie in ‘Shadowhunters.’

I’m definitely drawn to drama, the heart-wrenching stuff. But I also have a funny side that I’m leaning into these days, so there’s been more comedic stuff coming my way. I’m still in a place in my career where I’m so thrilled to be working that I’m up for any challenge. Give me a solid script, no matter the genre, and I’m in!

I shot an original series for Netflix last summer called V-Wars, starring Ian Somerhalder and Adrian Holmes, that I’m so excited about. My role started off as a five-episode arc, but I managed to not get my character killed, so who knows? I’m hoping for a second season, but either way, I learned so much on that set working with top-notch talent and key creatives.

I read that Netflix has plans to open a massive production studio in Toronto and I’m so excited about that. I love what they are doing: it’s big, bold, progressive and everything Canadian storytellers are craving right now. When a Netflix show shoots here, they are casting local Canadian talent in major roles and that’s so important. The majority of actors on V-Wars are Canadians.

Call My Agent (Dix Pour Cent) is a French series on what goes on behind the scenes in a talent agency and it is a RIOT! You can watch all three seasons on Netflix.

The 2019 Annual Gala and Auction