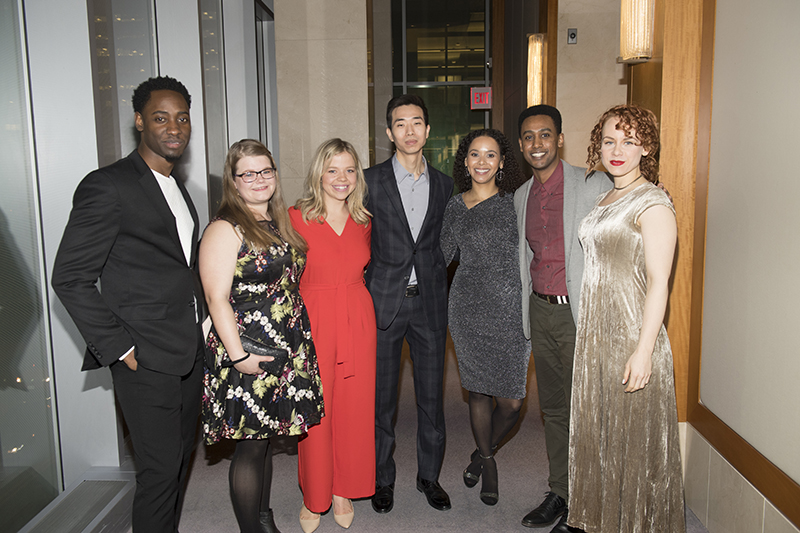 During their time at the CFC, these seven actors honed their craft on and off the screen and collaborated with mentors, special guests, each other, and their fellow residents in the Cineplex Film Program, Slaight Music Residency and Bell Media Prime Time TV Program, programs that, like the Conservatory, encourage networking and relationship-building.

The CBC Actors Conservatory is currently celebrating its tenth anniversary and 81 exceptional alumni, many of whom have gone on to leading roles, such as Annie Murphy on Schitt’s Creek, Cara Ricketts on Street Legal, Giacomo Gianniotti on Grey’s Anatomy, and Devery Jacobs on American Gods. They inspire and animate a broad range of Canadian content, making the stories we tell memorable while building both the CFC and Canada’s reputation worldwide as a vital hub of talent. Given the milestone anniversary, it’s fitting that the CFC paid tribute to the Conservatory and its alumni with this atmospheric montage of the Conservatory's 81 alumni at the most recent CFC Annual Gala and Auction, the organization’s biggest fundraiser:

Last night’s showcase premiered seven short cinematic pieces called “close-ups.” These are short character studies that sketch a complex, distinct character in one key moment. Individual actors envision and embody these original new characters onscreen, collaborating with writers, directors, editors and music creators to bring their characters to life onscreen. Each close-up expresses the actor’s craft, skill and range in a condensed, tantalizing moment of an implied larger story and demonstrates the actor’s talent on the big screen – talent in ample evidence that night. 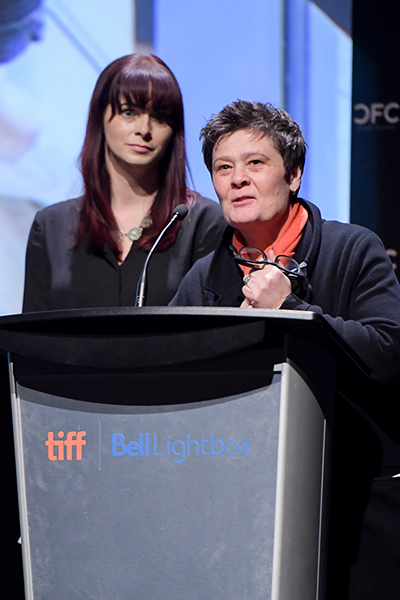 The CFC’s Kathryn Emslie, Chief Programs Officer, and Erica Proudlock, Executive in Charge of Programs & Talent, welcomed the crowd and shared a dynamic short montage of the Conservatory’s ten years of alumni in action onscreen.

Emslie identified how the Conservatory’s success ultimately is not in its alumni’s “growing IMDB pages and credits,“ but rather, in how “actors get up every day and commit to doing the work, whether that’s in a church basement or a theatre stage or on a multi-million dollar film set.” Their “drive and commitment are what we are most proud of, because that is what a sustainable, meaningful career should look like."

Proudlock then described how the Conservatory, through its “exercises and workshopping of onscreen work,” leaves actors “with greater confidence in their instrument and what makes them unique,” as well as “a stronger ability to engage in the storytelling process and a significantly expanded network of relationships in the film and television community.” She offered a special note of thanks to the dedicated mentors and industry professionals who share their experiences and time, and thus “continue to empower our actors and alumni to chart their own creative path."

Slawko Klymkiw, CEO, CFC, also spoke, thanking several key sponsors of the Conservatory, including the Government of Ontario, The Brian Linehan Charitable Foundation, the Royal Bank of Canada Foundation, and the program’s title sponsor, the CBC. He added, "Ten years is remarkable. The actors, by their work with our directors, editors, writers and musicians in other programs, have created this remarkable synergy at the CFC. Ours is such a collaborative business. The ability for all of these groups to work together creates teams that continue on for years after they leave the Centre - and that's what this whole place is about."

Sally Catto, General Manager, Programming, CBC English Television, then joined Klymkiw onstage and voiced the CBC’s strong support for a program in line with the CBC’s larger mandate as the “home of Canadian storytelling.” She also spoke to the significant value of the Conservatory to the CBC:

"The CBC is always looking for new ways to nurture new voices. As Canada’s only full-time onscreen acting program, the CBC Actors Conservatory plays a vital role in providing emerging talent with the training and tools they need to thrive in this industry.”

Following a presentation of the certificates to the graduating residents, the audience took in a screening of all seven actors' "close-ups."

A special thanks to all of the mentors and special guests who supported the 2018 CBC Actors Conservatory.

Attention actors! Are you ready for your close-up? Applications are now open for the 2019 CBC Actors Conservatory. Read more about the program HERE and then apply HERE.