Writers for the Real World 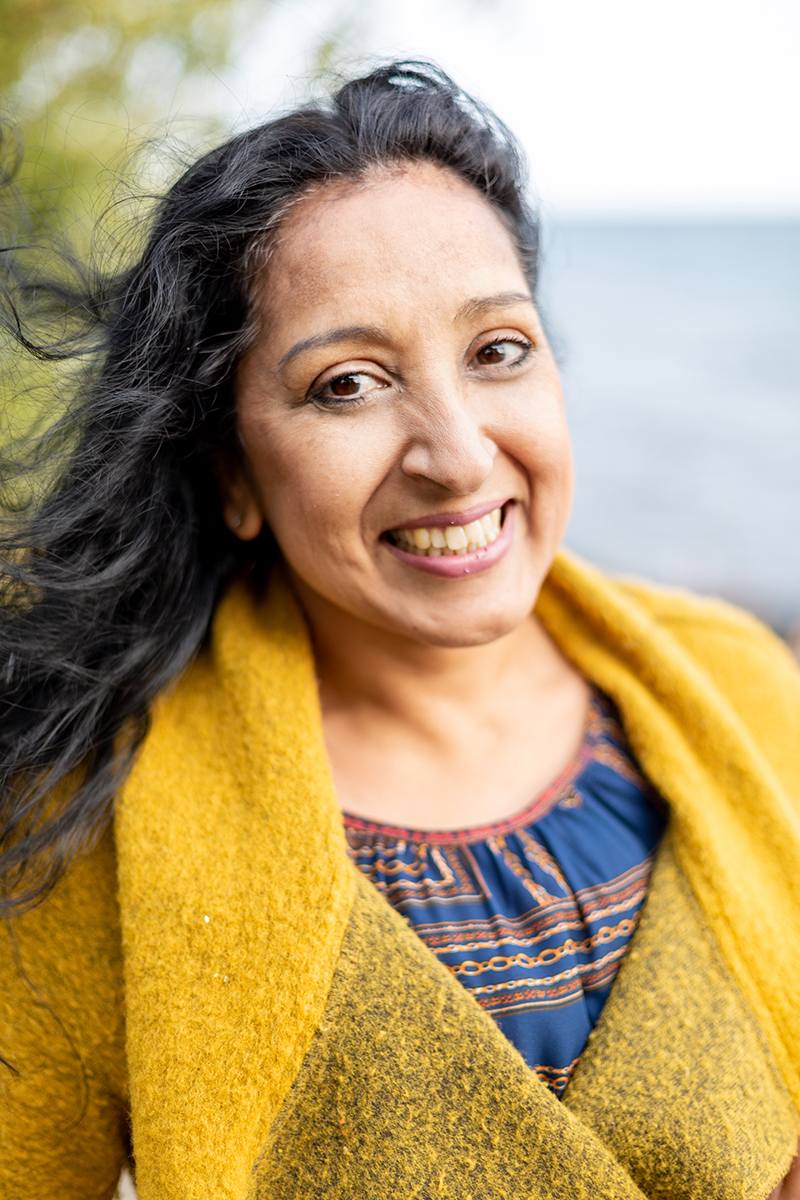 Not satisfied with the lackluster effort the TV and film industry employs when it comes to including people of colour in writers’ rooms, Toronto-based Kulbinder Saran Caldwell took matters into her own hands. She founded REALLIFE Pictures INC, a literary agency run by agents of colour to represent film writers of colour. The company also runs a film and television production house alongside the “boutique literary agency” that gives “diverse, neurodiverse and LGBTQ screenplay and television writers a voice in the entertainment industry.”

Caldwell said she recognized a “hole in the market.” Producers were telling her they wanted to hire diverse writers, but “didn’t know how to find them.” Or, at least, that was the “excuse” they gave to explain their all-white writers’ rooms.

Initially, she spoke to agencies about carving “out this niche for you under your umbrella.” But, she said, “Across the board, they pretty much said, ‘no, thanks, we’re fine just the way that we are.’ One of them actually said, ‘Diversity is a bubble.’ So, I decided then – okay, fine, if that’s the prevalent kind of thinking (in the industry), I’m just going to do it on my own and I’m going to have to find a way to do it within (my) production company.”

Caldwell said the disinterested response was, in part, due to people “being comfortable in their own lane and not wanting to address some things that may not necessarily be fair, equitable, or inclusive” in their field, but they’re happy—and successful—“doing business as usual.” Not only do people not want to “rock the boat,” doing so may feel destabilizing for their white clients, some of whom feel that diversity initiatives cost them work.

“You have to realize, to a large degree, these agents have been representing white showrunners and white writers for a very long time,” Caldwell said. “When you are all of a sudden advocating on behalf of another group of clients…that becomes a difficult position to be in when they’ve been your client for a long time, right?”

Currently, writers’ rooms in Hollywood and
Canada are overwhelmingly dominated by white men. In 2017, a study of Hollywood writers rooms found that only 13.7 percent were people of colour – out of 234 series surveyed. An overwhelming 91 percent of show runners were white, and that shows headed by white show runners had no black people in their writers’ rooms 69.1 per cent of the time. By contrast, 100 per cent of shows headed by black showrunners hired white writers. Many of the major production and streaming services—including Netflix, Amazon and Showtime—had either none or just one person of colour in their writers’ rooms for 90 to 100 percent of their shows. The report also found that when people of colour are included in white-dominated writers’ rooms, they often “tokenized.”

Caldwell said that hiring people of colour doesn’t mean pigeon-holing the writer to work only within their specific racial or cultural background; what it really achieves is expanding the repertoire of writers’ rooms by adding in experiences, styles and talents it would not have otherwise. There’s an appetite for stories that are aimed outside the white experience, Caldwell noted, evidenced by the huge success of
Black Panther, Crazy Rich Asians, and Kim’s Convenience (its recent abrupt cancellation tremendously disappointed viewers and producers.)

Caldwell saw that appetite first hand when she ran a coaching program for BIPOC students from Ryerson University in 2019. She co-produced a couple of feature films and a web series, all with women of colour filmmakers. When she realized there was a gap in the industry when it came to connecting BIPOC talent and filmmakers, she started building her agency with a roster of talent, spending a year “reading material, making contacts, figuring out how to present myself, as a brand… because we were new.”

Agent and COO Charanpreet Chall joined REALLIFE in 2020 and is “more hands on with the development,” according to Caldwell. “We chat every morning about our day’s deliverables and divide work and conquer.”

Although she has called Toronto home for the past two decades, Caldwell, who is Indo-Canadian, is originally from Terrace, a small town in British Columbia between Kitwanga and Prince Rupert. Her father immigrated from India to Kelowna, then moved north to Terrace to work in the sawmills because the wages were better. Caldwell’s mother and four siblings soon came to Canada to join him in Terrace.

Caldwell attended the University of British Columbia (UBC) in Vancouver for the first year of her post-secondary education then enrolled at the British Columbia Institute of Technology (BCIT) to study marketing. She was the first of a family of six to go to university, saying it “wasn’t easy to get permission to go since no one else had gone before me.”

While living in Vancouver, she started REALLIFE as a music video company then shelved the project in her late 20s when she took a job as a news writer for CP24 and moved to Toronto. The position was only supposed to be for the summer, but Caldwell “fell in love” with Toronto and stayed. She resurrected REALLIFE when she was “bitten by the production bug” following work on a pair of short documentary films with South Asian women directors. “I was trying to find out – how can I utilize all of these skills, and my passion to support new and up and coming filmmakers, female filmmakers, and in particular, women of color?”

In 2020, Caldwell went to the Canadian Media Producer Associations (CMPA)
Prime Time event in Ottawa; her goal was to build a “rolodex” of 30 people interested in her agency; she came back with 40. Production companies were excited about the agency and to work with her; they wanted to add “diverse storytellers” with “lived experiences” to their writers’ rooms. “I started chatting with production companies… and broadcasters, and all of them loved the concept. They said, ‘This is brilliant, this is exactly what we need!’”

But Caldwell realized that many writers on her roster need help to get “market ready.” Often they were non-union and, due to financial and time constraints, had never attended film school or had access to workshops. To make sure their writers would be when they went to pitch their ideas, REALLIFE Pictures started an inhouse professional development program, reading and providing notes on “every single script” that was sent to them.

That personal mentoring is critical, said Caldwell, because BIPOC are often left outside of industry-linked social groups – largely white, middle-to-upper-class people, who have families or friends in the industry or have gone to school together for years. “(Many of my clients) have been overlooked for a very long time, and many of these individuals don’t know how the business side of the business works – how to negotiate, how to ask for what they want (in terms of) working conditions.

Caldwell said she is building an inherently feminist company with a mandate and goals in line with the values of “collective feminism” – “a fair playing field, for everyone.”

At present, the agency represents about 20 writers, with “five more on deck waiting for us to read their manuscripts,” said Caldwell. Although it’s still early in the process for original projects, Epic Story (Luna, Chip and Inkie), Wildbrain (The Snoopy Show), Frantic Films (Baroness Von Sketch) and KGP (Narcoleap) have all either hired or signed shopping agreements with writers represented by REALLIFE Pictures.

The company is working on expanding into the US and international markets but, Caldwell said, what’s important at a baseline level is the success and happiness of the people they represent.

“What long-term success looks like for me is a very satisfied roster of writers and directors that we’ve worked with for years, and they’re happy–and the industry is happy–with where they have ended up in their career,” says Caldwell.

“I want to know that we have made significant change in the industry, that it’s not putting these individuals in little boxes and then just ticking them off for the sake of funding, or diversity or access, or whatever it happens to be, that (these relationships) are authentic and … have really resulted in positive change.” 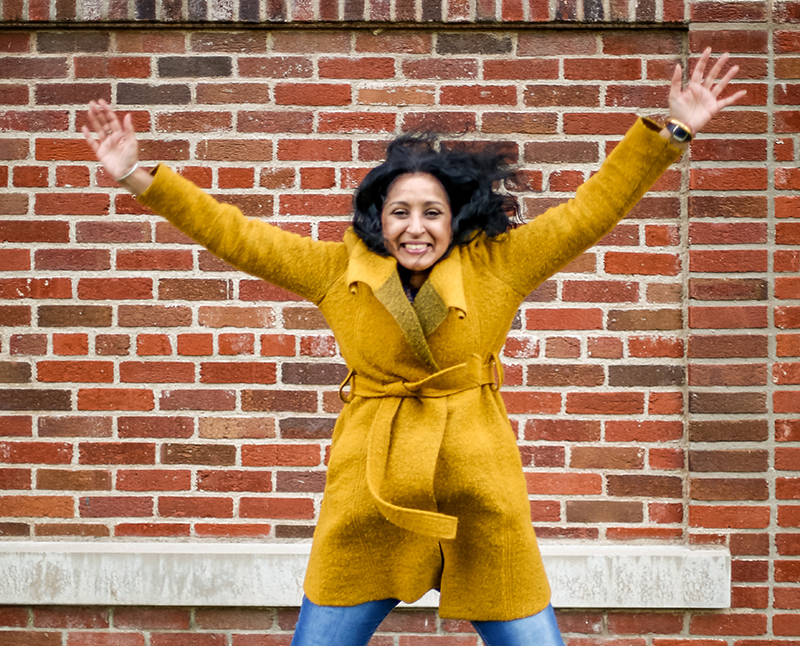