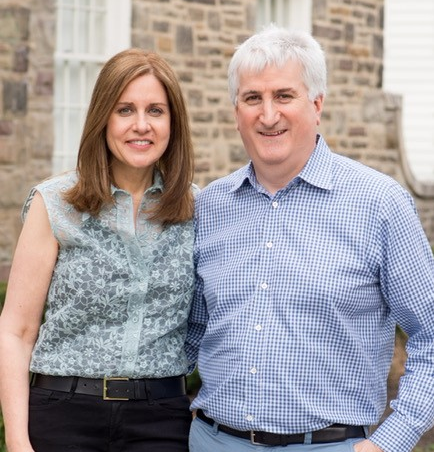 Abby Minuk and her husband Perry have been donors of the CFC for almost 30 years. For Abby, who grew up one street away from the CFC campus on Windfields Estate (then home of E.P. Taylor), it was an easy decision to support the organization. “My passion is film, and I am a film-lover” shared Abby. “I recall in the late 60s my grandmother would take me to the original Eglinton Theatre, and we would see great Canadian actors, such as Christopher Plummer starring in The Sound of Music, and we would watch great films, such as Fiddler on the Roof, directed by one of the greatest Canadians [and CFC founder], Norman Jewison. Many times, my grandmother and I went to see a film once a week, and often I would go to the movies twice a week to see the same film again! I can recall many years ago a cousin came in from Europe and my grandmother took them from the airport directly to the movie theatre to see a film. So, I guess my grandmothers love for film was passed on to me!”

We caught up with Abby to discuss her involvement with the CFC and what the Canadian screen industry means to her. Read on in the spotlight below.

What inspired you to start giving to the Canadian Film Centre?

I always wanted to support Canadian talent. We have many great actors – like Donald Sutherland and Dan Aykroyd – and those who have passed on, such as Christopher Plummer and John Candy, who are Canadian legends that will be remembered by many movie watchers around the world. We also have fabulous directors like Patricia Rozema, David Cronenberg and the late Jean-Marc Vallée. I am very proud to be Canadian and supporting Canadian actors and directors is important culturally for all Canadians.

Why is it important for you to support Canadian talent?

I want us to have a strong Canadian film [and screen] industry, as these great Canadian directors and actors are ambassadors for all Canadians.

What do you hope to accomplish through your philanthropy?

I hope to support young and upcoming Canadian talent so they can have the same opportunity as other great Canadian actors and directors [and other creators] and make us all proud when they are recognized around the world.

What aspects of the CFC interest you the most?

CFC has created a community where there is a special bond among many of us for the love of film and support of Canadian actors and directors [and creators]. Over the past 30 years, my husband and I have met many great people through the CFC and many of them are still close friends after 30 years. CFC was part of our family social gatherings where we attended many special events at the grounds from the famous CFC BBQs to birthday parties, engagement parties and special movie screenings. Our son at a very young age loved going to CFC events, not only for the amazing food but also listening to great young Canadian musicians that were featured at some events.

Finally, the grounds, trees and buildings are historic and magical, and the setting makes each event special. I have such fond memories when I am at the CFC grounds as I can recall my past when I lived just a block away when I used to see horses on the property. 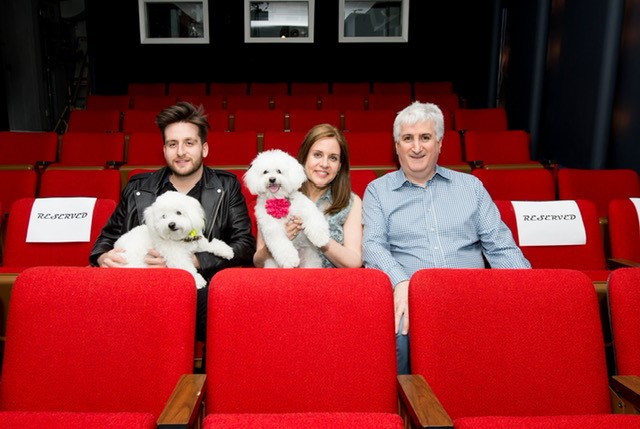 If you were talking to someone else about giving to the CFC, what would you tell them?

If you want to be the first to see great films or attend great talks, you should support the CFC. By being part of the CFC [Circle of Supporters], you will be introduced to films you wouldn’t normally have the chance to see. Over the years, I have met several filmmakers and actors. One of my favourite parts about the program is the variety and depth of content that I have been introduced to. After each film event, its fun to get together with friends where you talk about the movie you just saw and listen to different opinions about the film.

What do you hope the CFC will achieve in the future?

Just keep promoting great Canadian films and great Canadian talent. Let the rest of the world know how many great Canadian directors and actors [and creators] there are who have given everyone an amazing film experience.

What are some of your favourite Canadian films or TV series?

One of my favourite films is Jean-Marc Vallée’s C.R.A.Z.Y. I also enjoy watching Patricia Rozema’s I’ve Heard the Mermaids Singing, Bon Cop Bad Cop and Eastern Promises. Definitely Schitt’s Creek is a family favourite TV series. During COVID, I watched the entire series again and laughed just as hard as when I saw it the first time.