There was a crisp but refreshing fall breeze in the air yesterday as CFC alumni, donors, sponsors and a mix of Canadian creative talent descended upon the lush and expansive grounds of Windfields Estate, home of the CFC, for the 2019 CFC Annual BBQ Fundraiser, presented by
Netflix. The cloudy skies didn’t dim our sunny spirits, as a crowd of 1500 guests came together to share drinks, laughs, food, stories, and a common love of all things entertainment, film and TV, while supporting the CFC and our slate of programs in film, television, screen acting, composing and songwriting, and digital and immersive media. 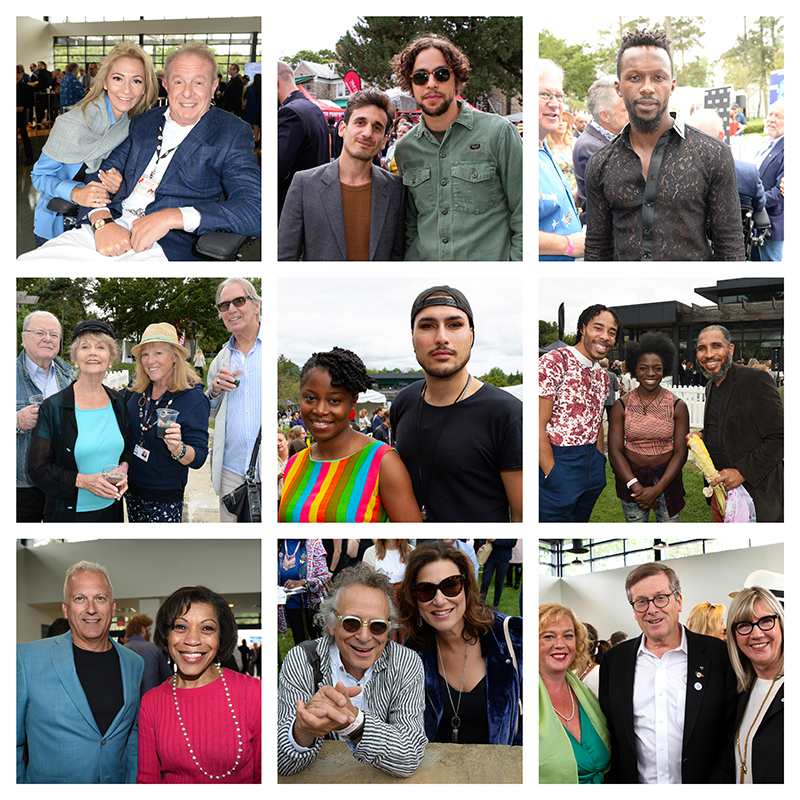 Shortly after the event got underway, Christina Jennings, Chair of CFC’s Board of Directors, welcomed guests to the BBQ, and introduced our CEO, Slawko Klymkiw, to say a few words. Klymkiw explained that the BBQ, our largest event of the year, is one of the ways that we’re not only able to fundraise for our programs, but also honour and celebrate the work of our alumni. This year, we are proud to have
58 alumni working on 23 projects that are screening at TIFF, including CFC productions MEASURE and FLOOD, produced through the Cineplex Film Program, as well as features Easy Land and Tammy’s Always Dying, which were developed as original feature concepts at the CFC.

Klymkiw also took the opportunity to thank the Government of Canada, and BBQ guest Rob Oliphant, MP for Don Valley West, for the $
3.4 million investment in the Canadian Film Centre through their Women Entrepreneurship Strategy, which will enable us to deliver a suite of programming to help strengthen the capacity of women entrepreneurs in the digital media space. Stay tuned in the coming weeks for more information on the programming. The Honourable Lisa MacLeod, Minister of Tourism, Culture & Sport, was also a guest at the 2019 CFC Annual BBQ Fundraiser. During a VIP reception, co-hosted by Crave, she announced that Ontario’s government is supporting the CFC with a $350,000 grant. 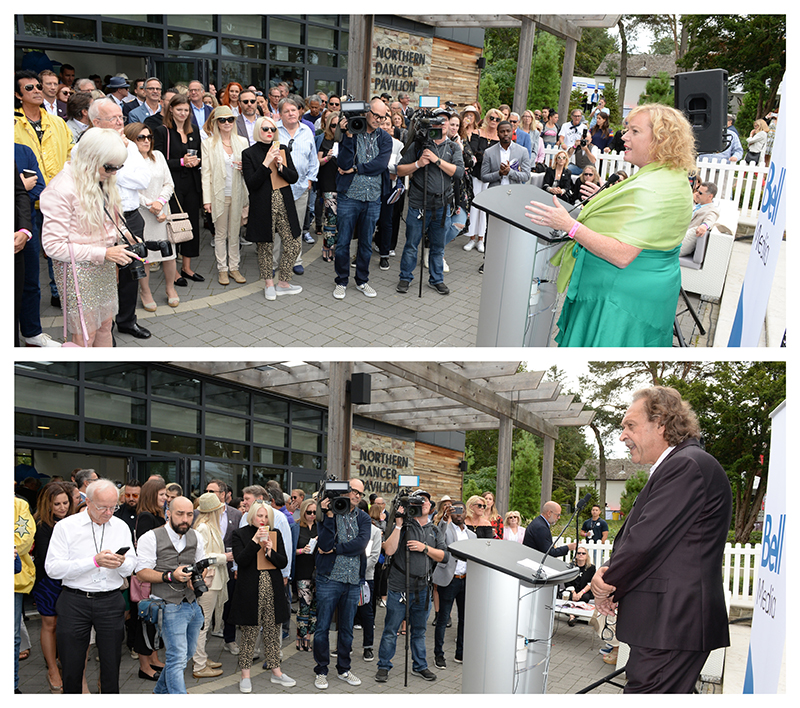 Klymkiw then introduced Audrey Gardiner, Director of Content and Acquisition at
Netflix, the Presenting Sponsor for the 2019 CFC Annual BBQ Fundraiser, to address the guests. Audrey explained that the CFC is one of Netflix’s strategic partners across Canada, and that this partnership, the Netflix-CFC Global Project, will foster and accelerate a broad scope of diverse Canadian creators and their film/TV projects, and will advance Canadian talent and opportunities in the international marketplace through one of three accelerators. Read more about this partnership HERE. Audrey also announced the opening of the Netflix House at the CFC, a place where CFC residents can work together, workshop projects, and grow their cross-disciplinary partnerships. 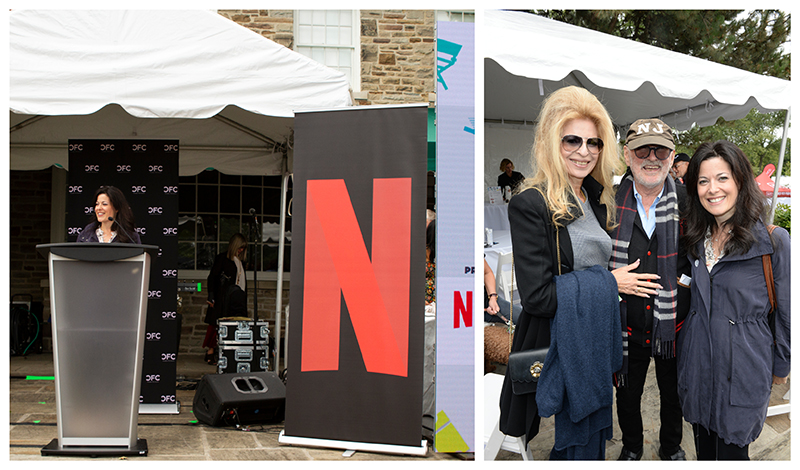 Following Audrey’s remarks, Klymkiw invited Norman Jewison, CFC’s founder and renowned filmmaker, to say a few words. Excitement in the crowd grew, as BBQ-goers always look forward to hearing Jewison speak at the BBQ. He opened by sharing a story of how he ran into one of the first-ever film residents at the CFC, Peter Raymont, a few weeks ago, and Peter shared some news he had just learned that a documentary that he executive produced,
Once Were Brothers: Robbie Robertson and The Band, would be the Opening Night Film at TIFF ’19. Jewison shared his excitement and congratulations with Peter, to which Peter responded that this incredible honour and accomplishment would not have happened if he had not come to the CFC. “It gives me a real sense of pride that so many of our graduates are now accomplishing and contributing so much,” shared Jewison. “The talent is blossoming; and it’s thanks to you – all of you – who have supported the [Canadian] Film Centre. […] We’ve accomplished a lot, and this kind of success just doesn’t happen overnight; it happens when the public and private sectors join forces to empower Canadians. And that’s what we celebrate today: world-class Canadian talent, and our partners and partnerships that have helped get us where we are today.” 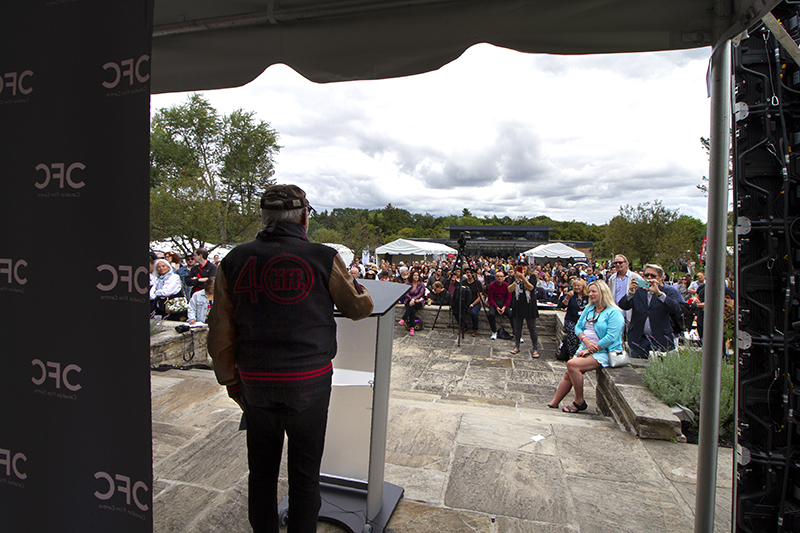 After the speeches, guests were treated to live musical performances courtesy of Slaight Music. First up, Toronto-based singer/songwriter
Sam Drysdale serenaded BBQ guests with his silky voice and raw lyrics, including a performance of his single “Wasted”. Ava Kay, an alumna of The Slaight Family Music Lab, and a self-taught pianist, songwriter and singer with a smooth and powerful voice, performed two original songs, accompanied by Adam Hart Owens. 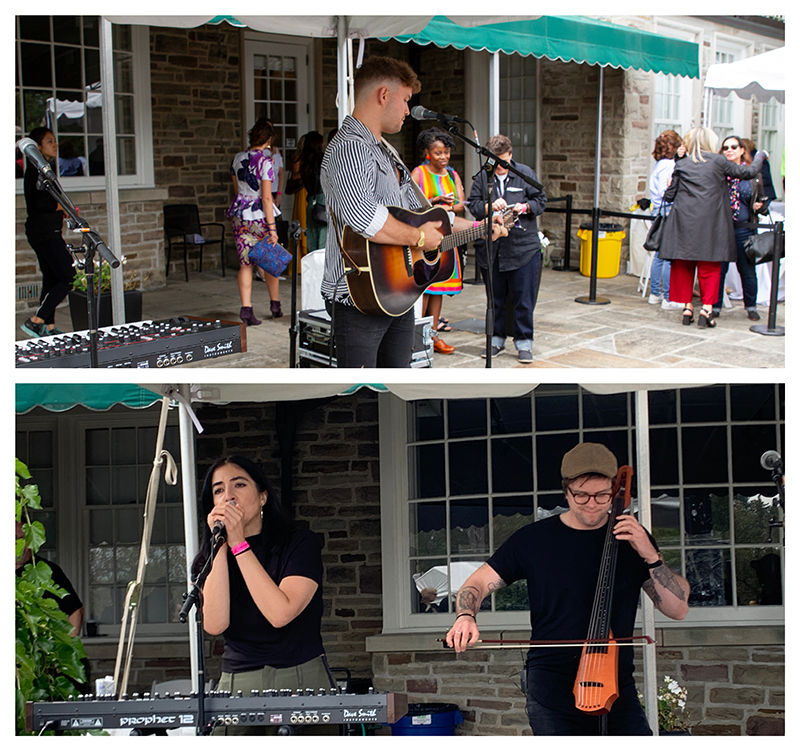 Throughout the BBQ, guests were invited to explore CFC Media Lab’s Immersive Learning Zone, where they could experience six different demos of learning technologies, powered by CFC Media Lab, and largely created by female entrepreneurs:

Finally, the winner was announced for this year’s amazing raffle prize – a seven-night all-inclusive vacation for two to the all-new, five-star Planet Hollywood Beach Resort Costa Rica, courtesy of Sunwing and Planet Hollywood Hotels & Resorts. All proceeds from the raffle, and all funds raised through the 2019 CFC Annual BBQ Fundraiser, go directly to supporting the CFC’s programs.

The 2019 CFC Annual BBQ Fundraiser was a huge success, and of course, we could not host this wonderful event without the support of our individual sponsors and corporate donors. We express our sincere thanks to all of this year’s donors and sponsors, whose generosity and commitment to the CFC and our Canadian creative industry is truly appreciated. Please see below for a list of all of this year’s sponsors. 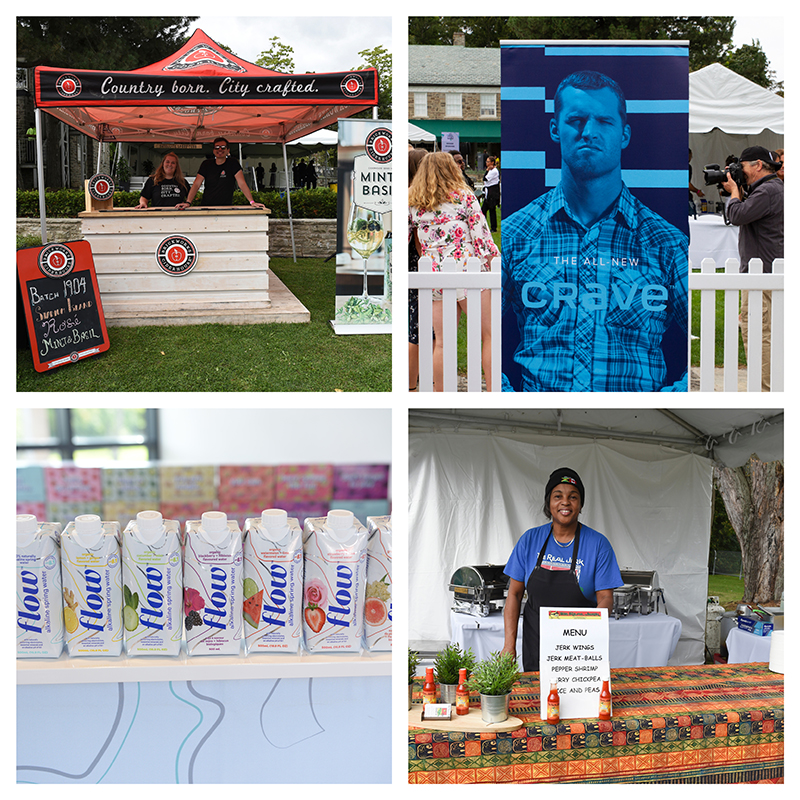 Some of the sponsors of the 2019 CFC Annual BBQ Fundraiser. (Photos: Tom Sandler Photography)

Relive the magic of the day with our gallery of photos.