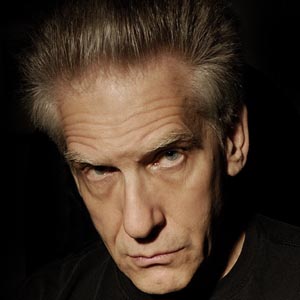 Director David Cronenberg's reputation as an authentic auteur has been firmly established by his uniquely personal body of work which includes: Shivers, Rabid, Fast Company, The Brood, Scanners, Videodrome, The Fly, Dead Ringers, Naked Lunch, Crash, eXistenz, The Dead Zone, M. Butterfly, Spider, A History of Violence, Eastern Promises, A Dangerous Method and Cosmopolis. Most recently, he completed the filming of Maps to the Stars, scripted by novelist Bruce Wagner and starring Julianne Moore, John Cusack and Mia Wasikowska. Cronenberg debuts his own first novel, Consumed, in 2014. Frequently lauded as one of the world’s greatest and most influential directors, Cronenberg’s films have earned him critical praise and recognition internationally. In 1999, he presided over the jury at the Cannes Film Festival and was awarded the Festival’s lifetime achievement award, the Carrosse d'Or, in 2006. Also that year, Cronenberg worked with the Art Gallery of Ontario as a guest curator for the exhibition Andy Warhol/Supernova: Stars, Deaths and Disasters, 1962-1964. David created an innovative soundtrack audio guide with additional commentary by several of Warhol’s contemporaries, including actor Dennis Hopper, film critic Amy Taubin, and artist James Rosenquist. In 2008, Cronenberg brought his film The Fly to the stage as an opera for the Théâtre du Châtelet and LA Opera. Recognition of Cronenberg’s contribution to art and culture has included an appointment as an Officer to the Order of Canada in 2003, investiture in France’s Order of Arts and Letters in 1990 and the Légion d’Honneur in 2009. Cronenberg was made a Fellow of the British Film Institute in 2011.