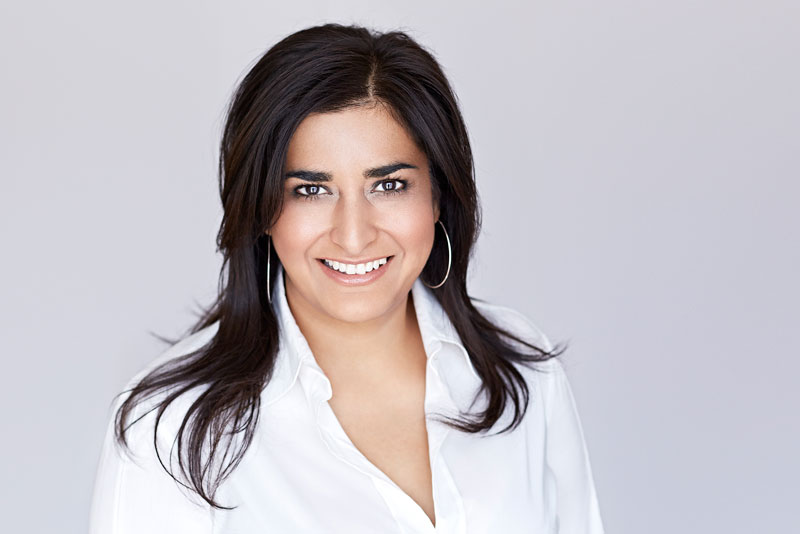 Roma Khanna is a content innovator, storyteller, executive and entrepreneur, with proven success growing global businesses in TV, broadcast, digital, film and distribution. Roma is recognized across the industry as a creative, smart, relentless, passionate and internationally minded leader. She believes in the power of stories to shape how we see the world and in the opportunities that content provides when it intersects with technology across infinite platforms. Time and again, Roma has demonstrated her unique ability to embrace the change and opportunity of the digital world and integrate it with existing models of content creation, storytelling and monetization, while empowering and enabling creative cultures and high-performance teams.

From 2017 to 2020 Roma was the CEO at REVOLT Media and TV, responsible for leading strategy, operations and social justice initiatives of the real-time, multi-platform brand and network, reporting directly to the Chairman, Sean Combs and the Board. After stepping down as CEO Roma remained an Advisor to the Board.

From 2011 through 2015, Roma was President of Metro-Goldwyn-Mayer Studios (MGM) Television Group and Digital where she oversaw creative development and production as well as worldwide TV and digital distribution for branded channels. Under Roma’s leadership, MGM Television developed and delivered several critically acclaimed award-winning series, including “The Handmaid’s Tale” to Hulu, “Fargo” to FX, “Vikings” to HISTORY and multiple seasons of “Teen Wolf” to MTV. Prior to joining MGM, Roma served as President, Universal Networks International & Digital Initiatives, with NBC Universal. While at NBC Universal, Roma oversaw and grew a portfolio of 70+ NBC Universal international television channels, including the Syfy Channel, 13th Street, Universal Channel, Hallmark Channel, Divatv and Movies24 brands, as well as the Digital Initiatives division. Roma has also served as Senior Vice President, Content and Co-Head of Television for CHUM Limited in Canada. Roma began her career in digital media with Snap Media and in music at Sony Music Canada.

Roma serves as a board member of the Canadian Film Centre (CFC) and sits on the commercial committee of BAFTA and the advisory board for the Peabody Awards. Roma has received The Euro 50 award from Eurodata and was the first recipient of Reed MIDEM’s “MIPCube Media Architect of the Future Award” for her pioneering work in the use of new digital platforms. Roma was included in The Hollywood Reporter’s 2014 Women in Entertainment Power 100. Roma is based in Los Angeles and holds law degrees from Canada and the United States, as well as a BSC and MBA.