Virtualware is a pioneering virtual reality company whose Creative Director and Canadian Business Manager, Joss Monzon, recently joined IDEABOOST Network Connect. Joss and his Virtualware colleague David Moreno talked to us about how IDEABOOST has helped them expand the Spanish company’s North American reach, and shared an incredible story of their recent success on the international stage with Viroo, a largescale multi-user immersive room.

Q: Can you give me a bit of background about Virtualware?

A: We’re a 15-year-old company. We really are pioneers in the virtual reality (VR) industry. We started in 2004, developing custom immersive and interactive technologies, working in VR in the real estate sector, and then eventually creating content using augmented reality (AR) technologies. In 2010, we created two really important business units for the company in the health sector. One was Virtual Rehab, which has now been commercialized by Evolv Rehabilitation Technologies. In those days we also developed interactive immersive content for education.

In 2011, we created our company in the UK, and in 2013 we expanded our services to Mexico, and then to Chile and Colombia. In 2017, we turned our strategy towards [expanding into] Europe, the U.S. and Canada. Our main industries are the health [care] industry, automotive, aerospace, transportation and energy, and pharmaceutical companies. The other side of [our business] is entertainment. We work a lot with museums, and we’ve had some very important opportunities with theme parks. So that’s our background. We started out with a handful of people, and now we’re 60 people worldwide. We have our headquarters in the Basque country, in Bilbao, and Joss is the leader of our Canadian delegation in Toronto.

Q: How did you become involved with IDEABOOST and the CFC?

A: We started here two years ago, looking into markets and this and that – but also meeting with people. And I met Ana Serrano from the CFC – she’s amazing. She’s the one who told me, “Joss, you have to be part of IDEABOOST and the CFC environment,” and that’s really why we’re here. It’s been quite a journey. It’s been wonderful meeting different creators and connecting with startups. That’s why we’re here [in Canada] and we’ve been really happy with the process. They [IDEABOOST] give great advice, and part of that advice was to share a case study of one of our successes. 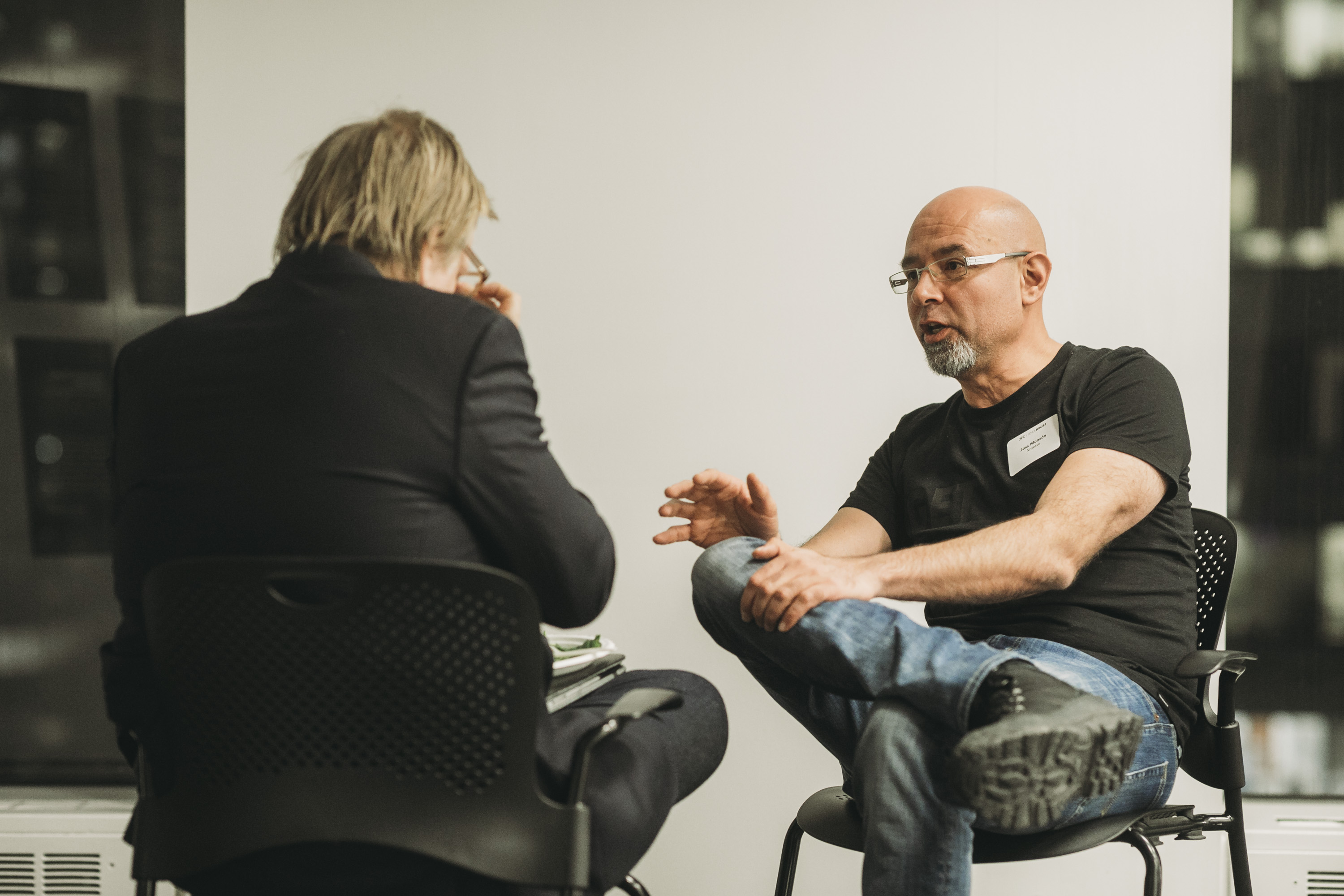 Q: So can you share a success story with us? I think you might have one up your sleeve.

A: (laughs) It’s a good one! It ends with us winning an award, this past November [2019]. But it started almost three years ago. We’d found a niche in the market. Our customers were asking us if they could have large, multi-user VR spaces where people could be in the same space, collaborating with each other – maybe four, six, ten people at the same time in a virtual environment – and there wasn’t anything like that on the market.

So we first started creating our own tracking technology – that we’ve already patented – that is limitless. You can use an unlimited space, and an unlimited number of people. So you could have 500 square metres and 20 people in a VR environment for training, engineering, redesign, or even playing any kind of game. Two years ago, we presented this concept – tracking technology mainly for location-based entertainment – in the CES, and we got some great advice and some contacts with the markets.

Early this year, we launched the Immersive Room concept, which is a space in that tracking technology that is limitless. You have the equipment – the tracking system is based on some ceiling panels – and you have a tracker on your head that is connected with a headset and a backpack. So you have the power to move freely in that space, and experience a VR environment. And it comes with a software platform. Why? Because our idea is that you can create the content, if you are a startup or a content developer, and you are looking for something that allows you to create multi-user content in a large or unlimited space: this is the solution.

That software platform needs space in Unity – the Unity engine is, I think, the best tool for the job in regards to VR, AR or mixed reality content development. So you create your content in the software platform, and then deploy your content in that large, multi-user, free-roaming space. And we’re offering that for business and industry. In the entertainment sector you have Zero Latency or The Void offering warehouse-scale, multi-user free room concept. But we are the first to bring that concept to business enterprise.

Q: Why do businesses and industries need this type of technology?

A: Imagine big companies that need to train their employees in a collaborative way, with several people involved at the same time, and they need lots of space. Our solution is the best for that situation. And that’s how we won the VR award from the Academy of International Extended Reality. Judges from around the world thought ours was the best VR solution for industry in 2019. We’re already seeing that, in the contacts we’re making [since winning the award], and the opportunities we’ve been offered with big companies worldwide. That recognition was great, because after three years of working on this, and really only one year on the market, we won Best VR Enterprise Solution of the Year. We were selected out of 500 projects, and made finalist in two categories. 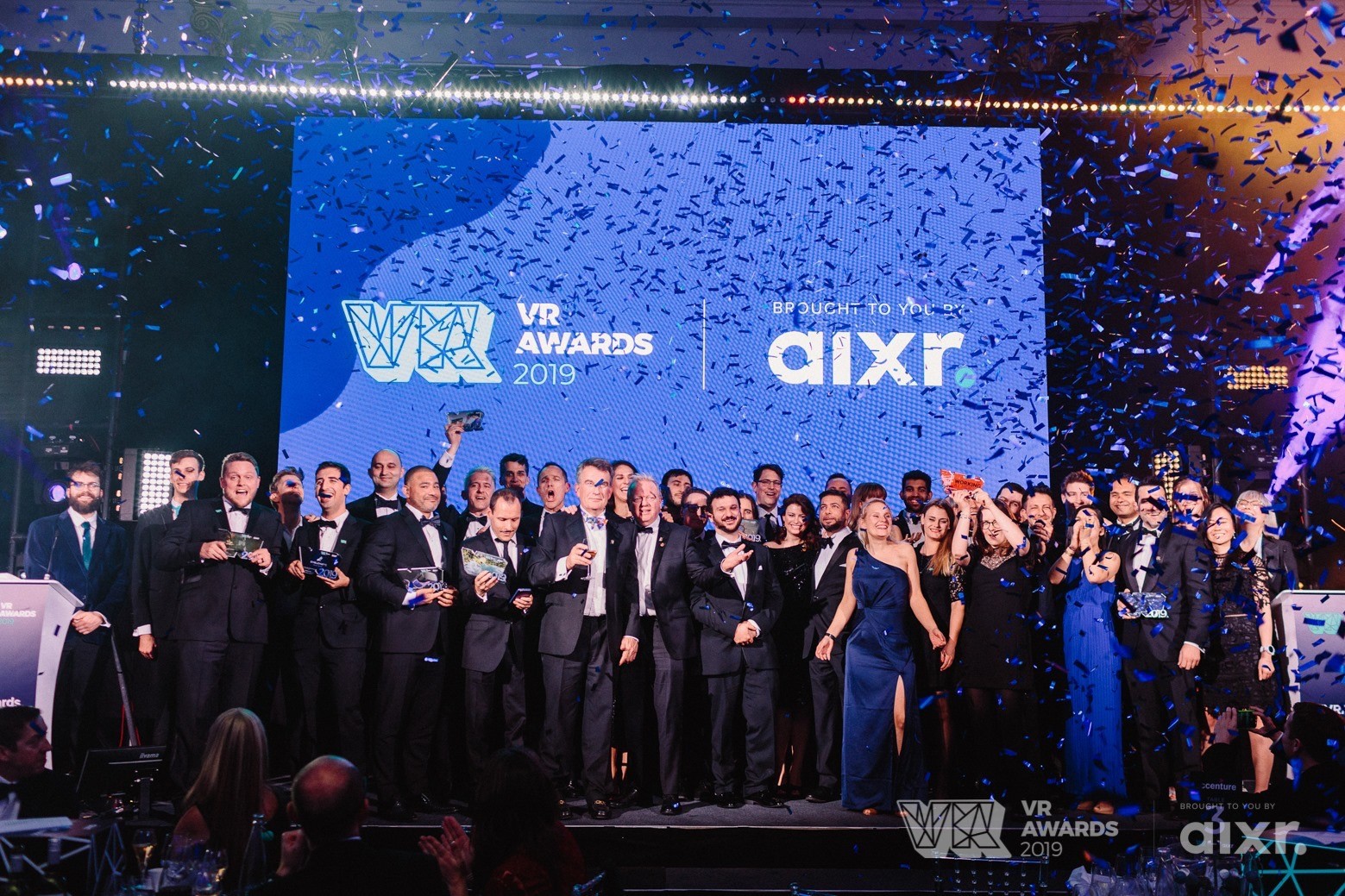 Q: Can you talk about any clients who are already using the Viroo Immersive Rooms to their advantage?

A: We have two: one in the private sector and another in the university sector. In the private sector, they’re mainly using it for training and for engineering design. And soon we’ll launch – this is big news – with General Electric Hitachi, the nuclear energy unit of GE. We’re going to be implementing two different immersive rooms for them, in two different locations in the United States, and we’re really excited.

We also have a major educational client, which is Conalep in Mexico, a very important public technical school that has around 300,000 students across the country. They’re using their Immersive Room so that students can learn to develop content.

Q: In an ideal world, what would you love to do with the technology you’ve developed?

A: In an ideal world companies would realize that these immersive technologies are their future. This has your ROI. They can use this [technology] to reduce their costs, to better train their employees, and improve their asset design. In five or 10 years everybody in the business, from the engineering team to the training department, could be using immersive technologies and they could be developing their own content.

Or if you’re designing a new airplane, and you have people in different locations, you can discuss the new design(s) with your colleagues in other part(s) of the world – while experiencing it in real scale. That’s how you reduce design time, because you can work together in that real scale, and realize, “Hey, why have we put this thing here? It doesn’t make sense, because if we have to do any kind of maintenance, I have to position myself like this, and it’s going to be difficult.”

Normally a company would use physical mockups, which cost a lot – and when you’re designing a big airplane, it’s complicated. But you can have unlimited, detailed mockups (with Viroo). That’s the kind of tool we are offering to the market. It’s the next step.