We’re excited to welcome the six music creators below into the 2019 Slaight Music Residency. These talented and accomplished musicians wear many hats – as songwriters, composers, producers, engineers, performers, sound designers and multi-instrumentalists. They have worked across multiple genres and forms, and their music spans film, television, advertising, animation, art installations and concert halls – and chances are good you’ve already heard their work.

The Slaight Music Residency kicks off on Monday, July 15, when they will join forces with the 2019 Cineplex Film Program and CBC Actors Conservatory residents (to be announced later this month) for an intensive and productive nine-month immersive musical onscreen experience.

“The CFC’s program has had such a positive impact on the professional lives of many talented Canadian musicians,” says Gary Slaight, President and Chief Executive Officer, Slaight Communications Inc. “It’s a unique opportunity, one that I am proud to say is confidently positioning the next generation of screen composers and songwriters on the world stage, and continuing to deliver on my father Allan Slaight’s legacy of supporting Canadian Artists."

Speaking of the world stage, this incoming group will be building on the successes of recent alumni like Spencer Creaghan, who worked with Lesley Barber on the score of buzzy Sundance hit Late Night; Casey MQ, who scored TIFF’s Canada’s Top Ten hit feature Firecrackers; and Sarah Slean, who was recently announced as scoring the new musical theatre adaptation of the award-winning Canadian feature, Maudie.

The Slaight Music Residency offers a complete integration of music creators into the onscreen storytelling process, translating their musical talent to onscreen applications, increasing their professional networks, and expanding their creative and business opportunities. 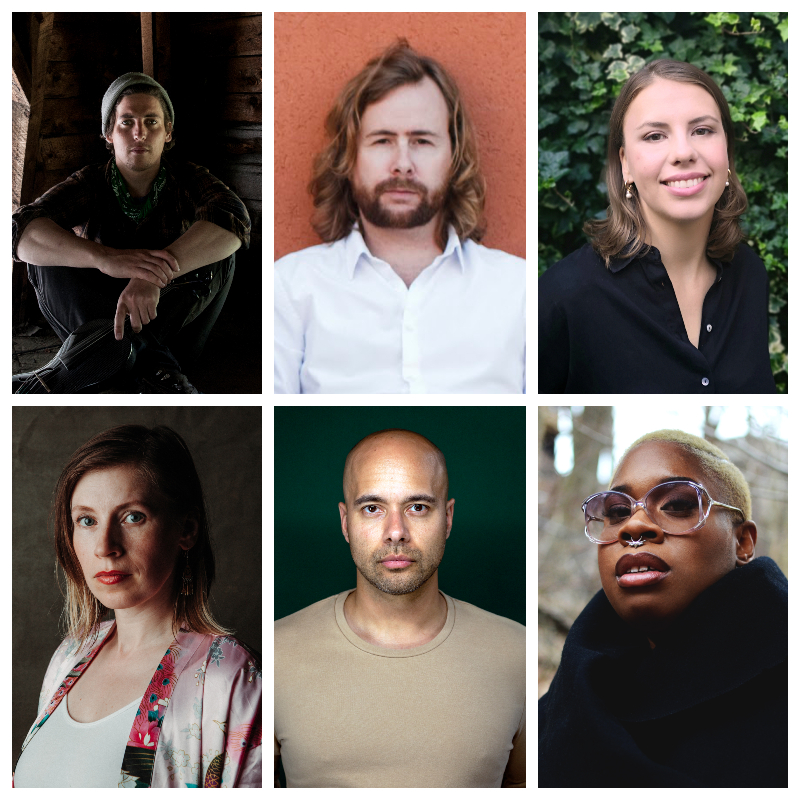 Meet the 2019 Slaight Music Residents and hear what recent piece of film/television music inspired them!

"I loved the soundtrack for US by Michael Abels so much. I thought he masterfully combined recognizable songs as recurring motifs, and along with his eerie original score, it was very memorable. The instrumental piece, ‘Don't Feel Like Myself,’ is wonderfully terrifying."

Kat Burns is a songwriter, multi-instrumentalist and music producer based in Toronto and Prince Edward County. A Banff Centre for the Arts alumna and leader of dreamy pop project KASHKA and Forest City Lovers, she has recorded many albums and toured internationally. Creating music across various genres with a love for a good strings arrangement, Burns has secured a number of film and television placements and artist co-writes. In addition to her professional endeavours, she works in youth engagement programs (e.g., Girls Rock Camp Toronto and Santa Barbara), leads workshops in writing and production, and teaches community guitar classes at her local adult learning centre.

"The music from the recent TV miniseries, Chernobyl, by Hildur Guðnadóttir, blew me away. She used sounds from an actual nuclear plant to create a score rooted in reality."

Iva Delic is a Croatian-Canadian screen composer based in Toronto. Her music has been featured in documentaries, animation and live-action films. Delic works with live and digital instruments in her studio to create story-focussed and character-driven compositions. She has composed for several award-winning films that have toured festivals, including the Toronto International Film Festival’s (TIFF) Canada's Top Ten Film Festival, Raindance, DOC LA, Portland Film Festival and more.

"The score from Netflix’s series, Flowers, is one of my favourite pieces of music in a quite a long time. I found it incredible how perfectly it complemented the shifting tones of the show. Not much can make me cry, but it did."

Casey Laforet is a Juno Award-winning and Polaris Prize-shortlisted songwriter and performer with the Toronto/Hamilton band, Elliott BROOD. He was part of the musicians in residence program at the National Music Centre (NMC) in Calgary and was nominated for Best Original Song at the 2011 Genie Awards. Laforet has contributed music to multiple television, film and video game projects, including scoring his first feature film, Adrianna Maggs’ Goalie, in 2018. He has toured internationally and shared stages with bands such as The Black Keys, The Lumineers and Wilco.

"Nicholas Britell’s score for If Beale Street Could Talk is absolutely gorgeous. The combination of jazz, orchestra and sound design perfectly underscores an equally brilliant film."

Simon Poole is a Toronto-based composer and multi-instrumentalist of English and Trinidadian heritage. A graduate of UCLA’s Film Scoring program, he has scored five seasons of Fear Thy Neighbor (Discovery), as well as written theme music for Backyard Inventors (W Network) and Landing on a Comet (Discovery). Poole has also scored national ad campaigns for Mazda, Scotiabank and 20th Century Fox. As a musician, he has toured internationally and performed as a vocalist, saxophonist and guitarist. In his band, The Dying Arts, Poole toured Canada, supported punk legends Anti-Flag and Good Riddance, and played to thousands at Toronto’s final Riotfest.

"I absolutely loved when ‘Oysters’ by Meshell Ndegeocello found its way into Queen Sugar. It’s a beautiful melancholic ballad, but I also adored when Donald Glover used ‘Coronus, The Terminator’ by Flying Lotus for the TV show Atlanta on FX. Fly Lo is one of my favourite producers-composers. I had no idea he made this track and it was magnetic to see it juxtaposed in the scene! What a moment."

TiKA is an artist, actor, DJ, cultural producer, activist and advocate for the empowerment of female artists and creators. Her love and passion for culture and music contributed to her two EPs, and she has opened for major R&B heavyweights like John Legend and Nao. Complex Magazine listed TiKA as “one of the most prolific creatives in Toronto.” She has had song placements on CBC’s Diggstown and Kim’s Convenience, and her music has also been placed in the short films, TONY, directed by Grace Glowicki, and Five Dollars, directed by Reza Dayha. An established music ambassador and creator, TiKA’s image and sound as both a new artist and producer gracefully provides what this generation has been missing musically.

"Jóhann Jóhannsson’s score for Arrival, specifically ‘Heptapod B.’ His ability to weave concepts from the film into his writing style based on language and cyclical patterns was brilliant.”

Anthony Wallace is a composer, sound artist and producer whose work includes scoring feature films ( Red Rover, The Peel Project) and television series (Amplify). His first solo album was released in 2017. Wallace’s music has played on CBC Radio and he has worked on film and television productions for CBC, NFB, APTN and Vision TV. His sound installations have toured nationally, and he has participated in the Chilkoot Trail Artist Residency and Canadian Wilderness Artist Residency. Wallace holds a BFA in composition from York University.