The CFC Media Lab’s newest business accelerator, The Fifth Wave Initiative, has made Intersectional Feminism a cornerstone of its program. Fifth Wave recognizes the significant additional barriers to success faced by Black women in particular, when starting out in business. So as the 25th annual official observance of Black History Month in Canada nears its conclusion, we’re turning the spotlight on women whose historic accomplishments blazed trails for the entrepreneurs of today – and some of our current Fifth Wave cohort, whose work will inspire feminist founders of the future.

Canada’s history of pioneering Black entrepreneurs includes Marie Marguerite Rose, who was 19 when she arrived in New France, enslaved. The Guinea native was brought to Louisbourg on Île Royale (Cape Breton) in 1736. Nineteen years later, she gained her freedom, and married emancipated Mi’kmaw man John Pierre Laurent. She opened a tavern at a busy corner near the fortress barracks, which quickly attracted a “diverse clientele,” according to historian Maureen Elgersman Lee. Sadly, Rose passed away just two years after founding her business. In her short career as a free businesswoman, she broke through incredible barriers by quickly gaining prominence in Louisbourg merchant society.

Two hundred and ten years later, another Black Maritimer, Viola Desmond, would make history for her refusal to move from the whites-only main floor of a Halifax movie theatre. While her activism is the main reason her image now graces the Bank of Canada’s $10 note, Desmond herself was an entrepreneur. After establishing her salon, Vi’s Studio of Beauty Culture, she went on to launch her own professional training institute for Black hairdressers: The Desmond School of Beauty Culture, and created her own product line. 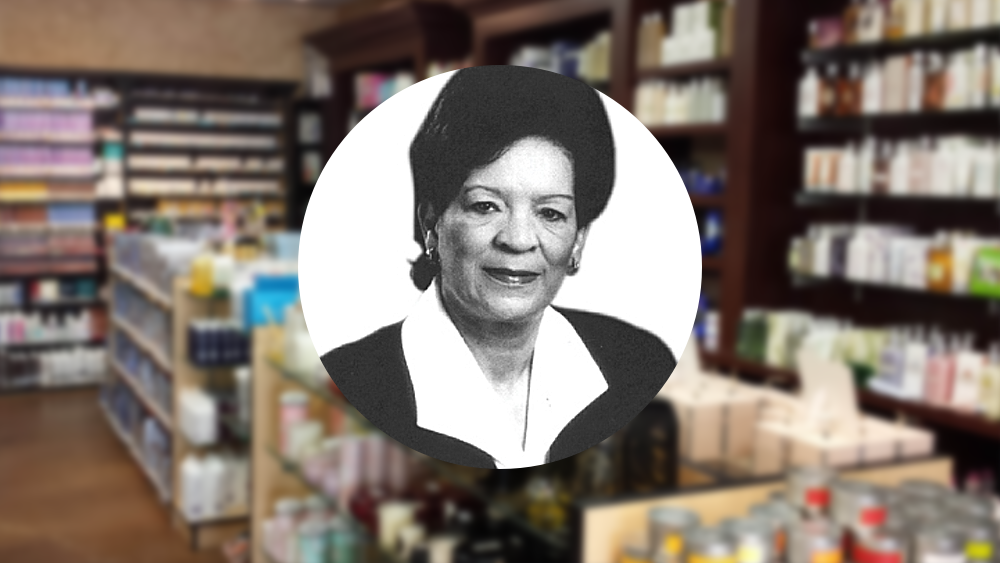 Beverly Mascoll, was a Canadian entrepreneur, fundraiser, community leader, and Member of the Order of Canada.

The story of African-American beauty entrepreneur Madame C.J. Walker is familiar to modern Netflix viewers, having recently been adapted as a series starring Octavia Spencer and CFC’s very own Actors Conservatory alumna Zahra Bentham. Less well known is Canada’s own Black beauty founder, Beverly Mascoll. She took her first job after high school at the reception desk of Toronto Barber and Beauty Supply. Six months later, she was assistant to the company’s president. The relative lack of Black hair products in Canada inspired her to incorporate Mascoll Beauty Supply Ltd. in 1970. With just $700 in startup funds – the equivalent of $4787 today – she began selling imported products out of her home. She eventually convinced African-American hair care manufacturer Johnson Products Company – a Soul Train sponsor – to make Mascoll their sole Canadian distributor. Mascoll Beauty Supply became a multi-million-dollar business, including retail outlets, beauty demonstrations, conferences, hair care seminars, and manufacturing facilities. Amongst her many professional and personal distinctions, Mascoll was a Governor General’s Award Recipient, and a member of the Order of Canada.

In addition to consumer goods businesses, there is a rich history of Black female entrepreneurial pioneers across multiple sectors. For instance, Vera Cudjoe is a Canadian actress, producer and educator who founded Black Theatre Canada (BTC) in 1973. Amongst the company’s many notable achievements over 15 years in operation, BTC received a Dora Mavor Moore Award for its 1983 production, A Caribbean Midsummer Night’s Dream. While the company was unable to sustain itself – a failure Cudjoe attributed to the Canada Council for the Arts’ granting limitations – its legacy remains in the careers of the writers, musicians and actors it helped launch. Alumni include Delroy Lindo, Leon Bibb, Philip Akin, Ahdri Zhina Mandiela, Jackie Richardson, and Arlene Duncan.

Artisans such as famed sixth-generation basket weaver Edith Clayton of Nova Scotia built a local industry through partnership with local Métis women, who produced natural dyes that Clayton used to tint the maple splint from which she created her colourful traditional baskets. Initially sold weekly at a Halifax farmer’s market, Clayton’s work generated national attention at fairs across the country, as well as Expo 86 in Vancouver. Clayton, her daughters, and her basket weaving circle were also featured in the short 1989 documentary Black Mother, Black Daughter by Black Canadian filmmakers Sylvia Hamilton and Claire Prieto. 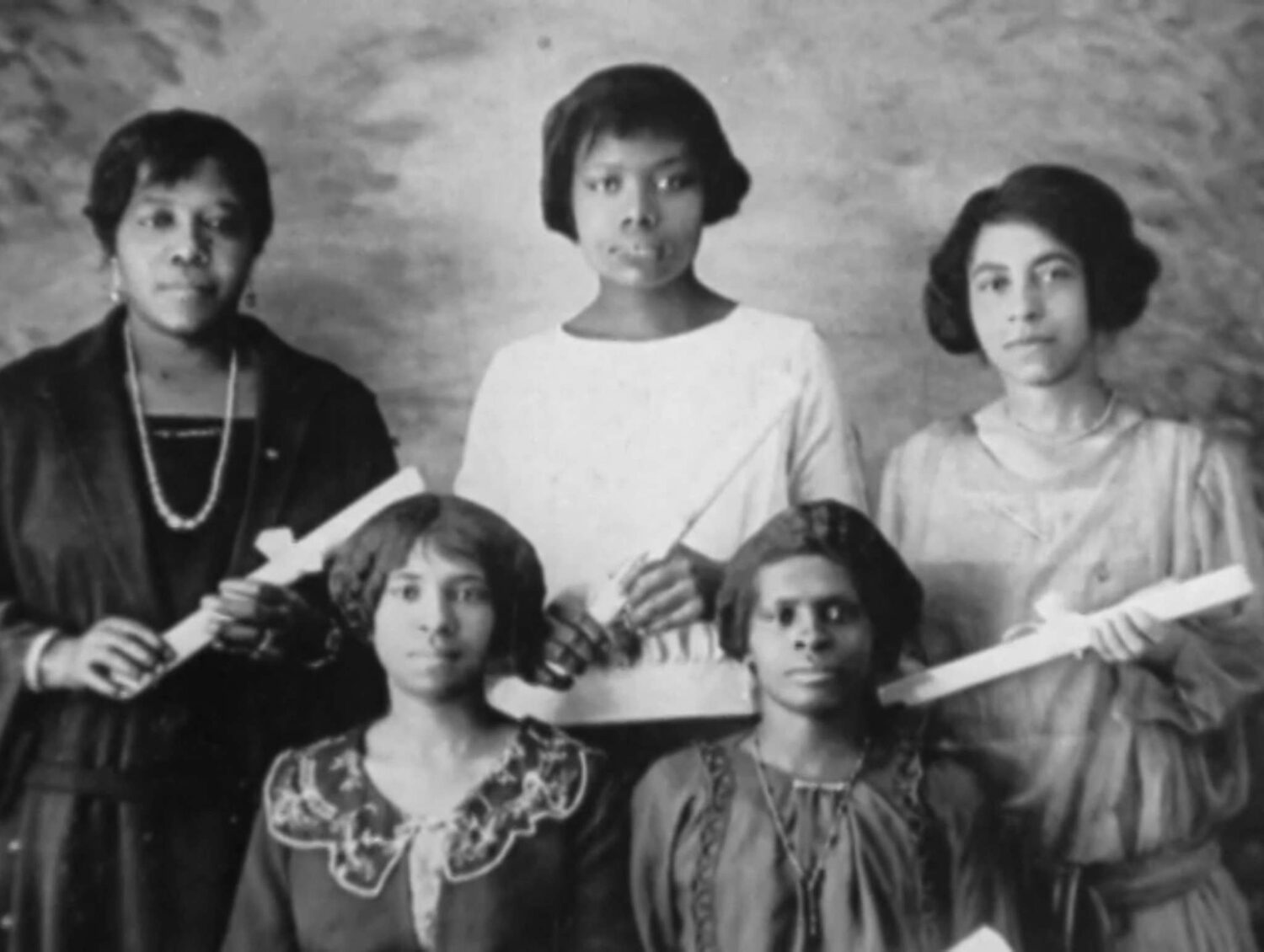 Prieto, an alumna of CFC’s Producer Workshop in 1992/93, would go on to co-found film company Prieto-McTair Productions (1982-2007), as well as the Black Film and Video Network (1988-1998).The contributions of Black female founders in Canadian film have been remarkable. Frances-Anne Solomon is a Caribbean-British Canadian filmmaker, writer, producer and distributor, as well as the founder of CaribbeanTales Media Group and its Creators of Colour Incubator. Other notable Black female film and video entrepreneurs include: the late Jennifer Hodge de Silva, co-founder of Jenfilms Inc.; Christene Brown, founder of Syncopated Productions; Haitian-Canadian actress, filmmaker and entrepreneur Fabienne Colas, founder of nine film festivals worldwide, including the Toronto, Montreal and Halifax Black Film Festivals; CFC alumna Jennifer Holness, co-founder of Hungry Eyes Media; Ella Cooper, founder of Black Women Film! Canada; and Fifth Wave Cohort 1 graduates and current Entrepreneurs-in-Residence Ngardy Conteh George and Alison Duke, co-founders of Oya Media Group. Following in the entrepreneurial footsteps of these and many other groundbreaking and innovative Black women founders – but forging their own distinct paths – are several members of the Fifth Wave Initiative’s second cohort.

B4brand founder and Cohort 2 participant Hermine Mbondo was inspired by her own “puckish bosom friend” – the embodiment of her own life spirit – to walk away from the corporate job that had brought her to Canada just a year earlier. For Mbondo, who never pictured herself as a business owner, she needed to redefine the word “entrepreneur” before embracing the title. In her words, an entrepreneur is “someone who believes in themselves, knows their worth, and is willing to take a leap of faith whenever necessary to make their vision come true.” Mbondo considers herself the founder of her own life, and appreciates that her work in the digital realm also offers her the opportunity to unapologetically own and tell her own stories, with her own words, perspectives and creativity. Leading B4brand, she also uses her voice to amplify the messages of purpose-driven brands, and help them connect with conscious consumers across multiple media platforms.

Samah Ali, founder of Sisterhood Media, is another inspiring member of Fifth Wave’s second cohort. Active in the film industry for nearly a decade, her background as a programmer for numerous film festivals (including Hot Docs and the Black Femme Supremacy Film Fest) partially inspired her to address the distribution needs of marginalized filmmakers. Working with an all-Black Femme team, she envisioned a platform dedicated to stories on identity, and, since 2017, has been answering the question posed by Sisterhood’s screening series: what if media looked like us? Ali’s production and distribution company platforms films for and by marginalized folks. They stream content via their subscription platform, Sisterhood Media TV, and share industry knowledge with emerging creators through newsletters and workshops. Sisterhood Media actively forges relationships with industry leaders to support equitable media practices, through consulting and strategic partnerships. 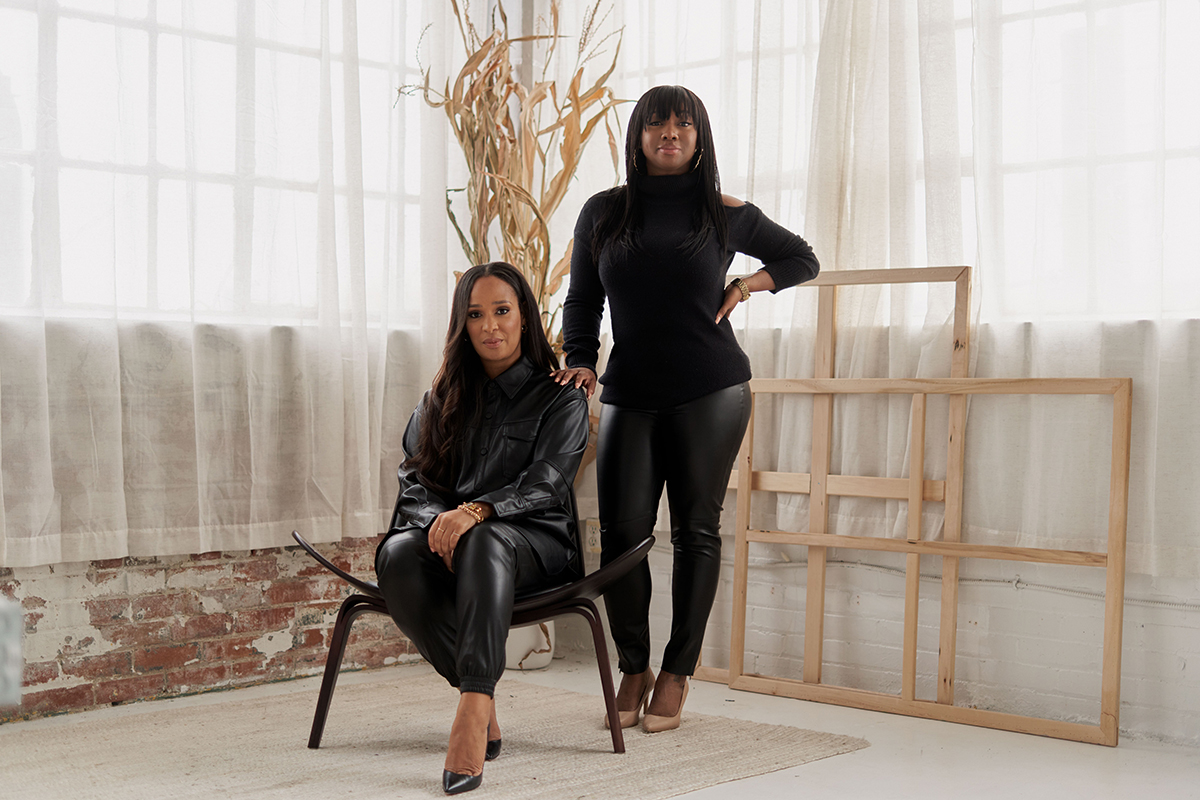 Second cohort participants Amoye Henry and Adeela Carter are the co-founders of Pitch Better, a market research solutions firm on a mission to provide women entrepreneurs with the educational tools to scale and build growth-based companies. Writing last year for Canadian startup and tech journal Betakit, Henry detailed the racist and misogynist biases that prevent Black women entrepreneurs from raising adequate funds in the mainstream venture capital scene. Since starting their company in September 2019, Henry and Carter have consulted with hundreds of Black female founders. Along the way, they’ve also created a research project aimed at identifying not only the gaps preventing Black women from securing the investment capital necessary to scale their businesses, but also the outcomes for women pursuing startup opportunities. FoundHers is led by an all-female research team of PhDs and MBAs, and strives to produce a comprehensive report on the struggles and successes of Black women entrepreneurs in contemporary Canada.

Cohort 2 member Eden Hagos is the sole founder and member Elle Asiedu leads business development and operations for BLACK FOODIE Inc. Since 2015, this influential website has united flavour lovers from Canada and around the world, fulfilling its mission to create an inclusive community for sharing the culinary traditions of Africa and the African Diaspora, including the Caribbean and Southern United States. Inspired by the sheer joy of food and its place in Black culture, the BLACK FOODIE website and social media accounts highlight the work of Black chefs, writers, food stylists, photographers and entrepreneurs. Like any true foodie, Hagos was distressed by the damage done by COVID to the restaurant industry. In keeping with their mission to give back to the community that sustains them, the founders created BLACK FOODIE Week in September 2020. The free virtual event was inspired by Hagos’ desire to “bring joy back to the city,” while promoting Afro-Caribbean cooking and supporting Black-owned businesses in Toronto.

SUNSTAR Worldwide Studio’s founder, Sonia Godding-Togobo, is a prolific film and television editor with 20 years of experience in the industry, and a Fifth Wave second cohort participant. Her extensive credits include work for the Oprah Winfrey Network, The Discovery Channel, HGTV, The BBC, and Channel 4. Together with her life and business partner, Yao “Tuggstar” Togobo, SUNSTAR is a film and video production company that aims to breathe life into illuminating the creative work of Africa and the African Diaspora. Recent projects include: A Long Time Coming, documenting Toronto’s Confronting Anti-Black Racism Unit in its first year; and Three Weeks in Summer with Strong Academy, about a Toronto and Durham Region summer education program designed to mobilize and equip young Black boys with the tools necessary to achieve their maximum potential in education and build on life skills.

The CFC Media Lab and Fifth Wave Initiative recognize the trailblazing efforts of these exceptional women. The entrepreneurs highlighted above have enriched the lives of Canadians, and improved the landscape for female founders in the future. Black History is being made every day in this country, and the Centre is proud to support the change-makers whose work will comprise the next chapter for Canada and beyond.