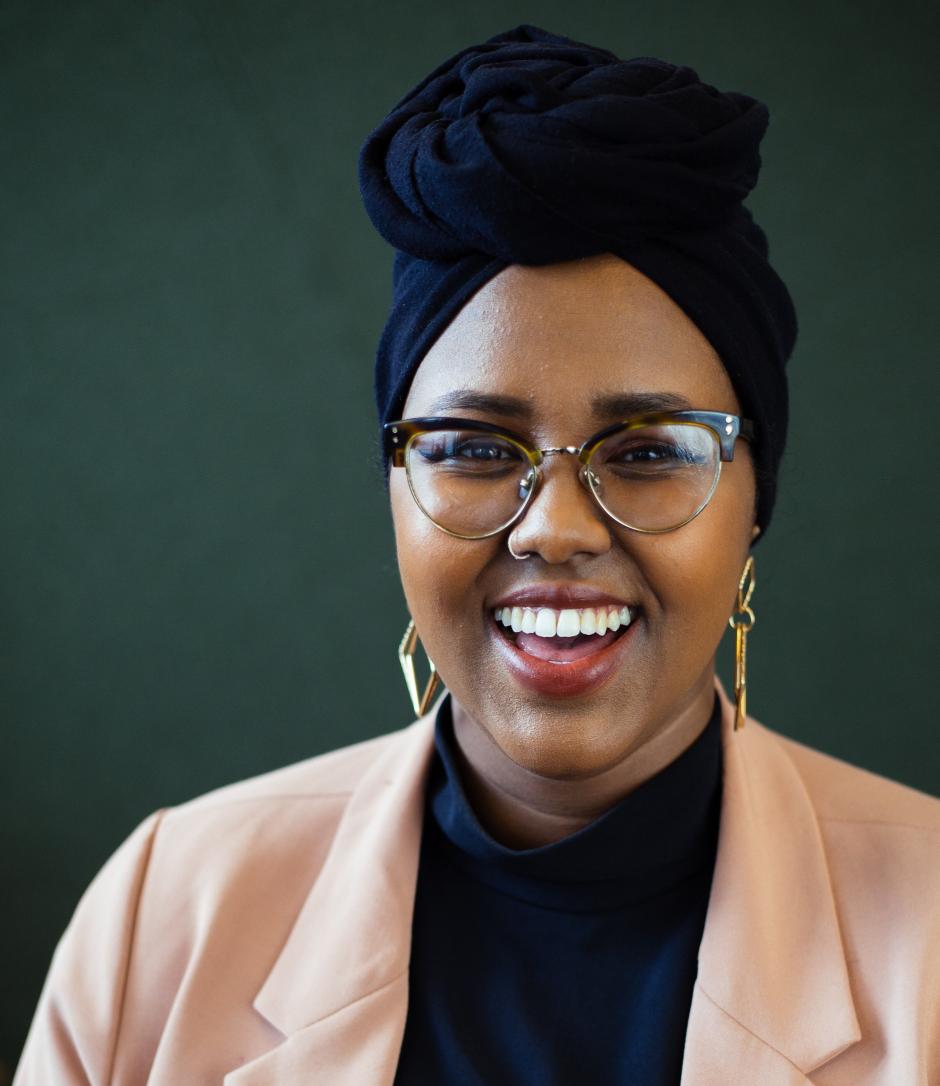 As a founding partner of CFC Media Lab’s Fifth Wave Initiative, Nasma Ahmed, Director of the Digital Justice Lab, sees her involvement with the program as an extension of the intersectional Black feminist activism that drives her both personally and professionally. Mentoring women and femme-identified digital companies aligns well with the Digital Justice Lab’s mandate: working alongside activists, policymakers and technologists to build “a more just and equitable future.”

Our conversation with Ahmed – conceived as a look at how to create inclusive online communities during a time of isolation – examines what care really means in the workplace. Read the full interview below.

Q: The Digital Justice Lab promotes the idea that online or digital work should be “grounded in care.” What does that mean in the current social climate?

A: With the protests that are happening right now, all around the world, showing care for each other has been more important than ever.

Care is not just the little tactics that you [employ] within an online session. It’s not just the maintenance or the processing work. It’s also [considering] how you hold space for nothingness, and how you recognize the different layers that are impacting people, and that can impact their work. All across the board, whether it’s the non-profit or corporate sector, the [past several] weeks have been intense for a lot of people. How do you show care to your employees when there’s added anxiety? People are not sleeping – a lot of painful things are being brought up for folks. So beyond the processes that you do for our online meeting spaces, how can you recognize that space first – just breathing, and letting people do nothing.

I actually think that’s a big part of how we can care for people sometimes, holding that space and saying, “Hey, maybe this isn’t a priority right now, and that’s okay.” How can we make sure that our work is in alignment with the people that we work for, and with? So many things aren’t actually that urgent. For a lot of people right now, this is a roller coaster experience, whether it be around COVID-19, or around jobs, or caring for children, it’s a lot! People are being tested. What is actually urgent? What is actually important? What is actually showing up for your coworkers and the people in your life? So I’ve been thinking about how you create space for nothing, which is very hard for people when it’s “push push push, go go go” all the time.

Q: So how do we gauge that space for nothing? Is it measurable?

A: I don’t think you have to measure it! For example, when everything was really hitting the fan a few weeks ago [after George Floyd’s murder], I knew for a fact that the following Monday and Tuesday would not be the best for me. I work with organizers, and I knew it was not going to be a good time. So I had to message everyone and say, “You don’t have to work on our priorities right now. It’s not an easy time. Most of us have not slept over the weekend. It’s all good: just do what you can to take care of yourself, and we’ll all check in. You might not be able to check in in two days; it might take you three days, and that’s okay.”

We’re allowed to do that because we’re a smaller team, and I know of others who had similar options. But I’ve [also] heard from people that work in larger teams that weren’t given the space, and whose directors kind of pretended that nothing was going on – or that it was an average Monday for a lot of people. That level of care – simply being flexible, and allowing people to log off when they needed to – made it a totally different experience for staff. When they were given the space to have a break, they were able to check in with themselves and then actually be more present.

They also knew that they had the support of their leadership. Productivity and efficiency don’t matter if your staff are burned out, they don’t matter if your staff thinks you’re tone-deaf and insensitive. What’s important is being able to be nimble and adaptable to the changing nature of work; recognizing that people are at home, without access to the same routines or even the same workspace, all those things that would have been an avenue to support them that aren’t there. We don’t have to quantify the nothingness, or the calm, or the adaptability, because people feel it.

Q: During the pandemic, issues around digital access have been extremely relevant as just about every workplace scrambled to put themselves and their employees online. What has this meant for Digital Justice Lab?

A: We’ve been very popular in terms of people reaching out to us to say, “How do we hold space for staff?” or “How do we diversify our ways of working with each other online?” It has been busy in that regard, but once again, because we’re a small team, we allow for slowness. We don’t go for every gig that comes our way. We’ve been doing workshops, and strategizing with folks, especially because people have now prepared for the fact that they might be online for the rest of the year – which is hard, because it means a lot of practices have to change.

So it’s been busy, but it’s also been slow. For the first couple of weeks of COVID, I was actually focused on mutual aid work. I was making sure neighbours had groceries, and that people were all good, knowing and getting what they needed. We have to work within our context. So it’s been busy – but a good busy, with a lot of allowances, now that it’s sunny out, to have a midday break.

Q: Digital inclusivity must have come into play, even while doing that mutual aid work – can you talk about your experience with that?

A: Yeah, it was really cool to see the way that people were able to quickly set up [community] funds, and quickly set up processes for how to pick up groceries, or prescriptions that people need, etc. People were able to submit requests in multiple languages, there were people doing printouts [of mutual aid offers] for folks who may not have a computer but could call. It was actually really, really beautiful to see just how inclusive it was, and how fast people were moving to reach a broader audience.

Q: What’s the single most important thing we need to address when it comes to digital justice in Canada? If you could wave a magic wand and make something instantly available, what would it be?