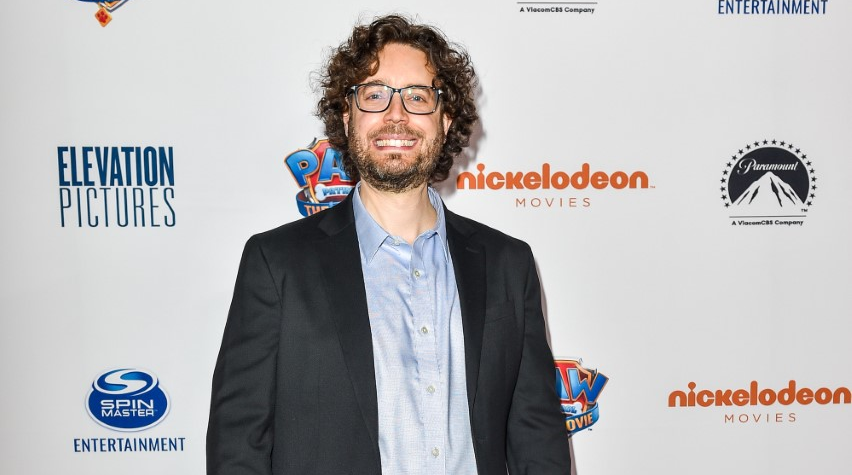 CFC alum and writer/producer Bob Barlen is championing the world of film animation, with a slate of successful animated features under his belt, from Escape From Planet Earth, to The Nut Job 2: Nutty by Nature, Bigfoot Family, Son of Bigfoot, and, most recently, the highly anticipated PAW Patrol: The Movie.

When Bob completed the film program at the CFC in 2007, the Canadian filmmaker set his sights on journeying into the world of film with great excitement, not yet knowing that he would soon co-write one of the most anticipated films of 2021. Joining the PAW Patrol pups in their thrilling debut big-screen adventure are members from the original series cast along with newcomers to the franchise, Yara Shahidi, Kim Kardashian West, Dax Shepard, Tyler Perry, Jimmy Kimmel and many more high-profile actors and creators.

CFC recently caught up with Bob to discuss his career, soaring success, and his latest endeavours. Read more in the special feature below.

CONGRATULATIONS ON YOUR NEW FILM PAW PATROL: THE MOVIE! CAN YOU TELL US A LITTLE BIT ABOUT HOW THIS EXCITING PROJECT CAME ABOUT FOR YOU?

My creative partner Cal Brunker was hired to direct the film, and we work on everything together so he brought me on to co-write the script.

WHAT WAS THE FIRST ANIMATED SERIES OR FILM THAT YOU WORKED ON AND WHAT DID YOU TAKE AWAY FROM THAT EXPERIENCE?

I was the co-writer of an animated feature called Escape From Planet Earth, which I also wrote with Cal. Being involved with a movie from the start of the script all the way through to the theatrical release really teaches you about every facet of the filmmaking process. Making a movie is like a film school in itself.

YOU HAVE LOADS OF EXPERIENCE WRITING FOR THE KIDS/FAMILY SPACE – SON OF BIGFOOT, ARCTIC DOGS, BIGFOOT FAMILY, AND MORE. CAN YOU TELL US WHAT ARE THE GENERAL CHALLENGES OF CREATING FOR FAMILY/KIDS/TWEEN AUDIENCES?

When making movies for a family audience, the challenge is to make something that can play to a wide audience and appeal to all ages.

WHAT LESSON(S) OR EXPERIENCE(S) FROM YOUR TIME AT THE CFC STILL RESONATES WITH YOU AS YOU WORK IN THE INDUSTRY?

The exercises at the CFC were intense! They were some of the most rigorous filmmaking that I had done up to that point in my career. It prepared me for the pressure and intensity of making a feature, and the endurance required to sustain a creative mindset over the multiple years of making an animated movie.

PAW PATROL HAS SUCH A MASSIVE AND DIVERSE FAN BASE. THE SERIES AND BRAND HAVE BECOME AN INTERNATIONAL PHENOMENON. DID YOU FEEL ANY PRESSURE WHILE WORKING ON THE FILM BECAUSE OF THIS? IF SO, HOW DID YOU NAVIGATE THROUGH IT?

I really enjoyed the creative challenge of taking an incredibly popular television show and adapting it into a movie. We wanted to make sure that the movie would be satisfying to current fans of the show, while at the same time expanding it to appeal to a larger audience.

WHAT ARE YOU MOST EXCITED ABOUT FOR THE RELEASE OF THIS FILM?

I’m excited to introduce the new characters to everyone who sees the movie. Liberty, played by Marsai Martin, was such a fun character to write and create. This is the biggest movie I’ve ever been a part of, so it’s exciting that people all over the world will get the chance to see it!

What advice would you give to creators/storytellers looking to breaking into the kids/family space?

Don't underestimate kids. They're more sophisticated than a lot of people give them credit for. You should write the movie you want to see, and remember that you are the first audience for anything you create.

WHAT WAS THE SHOW OR MOVIE YOU RAN HOME TO WATCH AS A KID?

Back to the Future was my favourite movie as a kid, and it’s still an all-time classic. It’s so creative. It has action, comedy, special effects, and (most importantly) heart.

WHAT'S NEXT FOR YOU?

I’m working on a few very exciting things that I’m hoping I can talk about soon!

The PAW Patrol is on a roll! When their biggest rival, Humdinger, becomes Mayor of nearby Adventure City and starts wreaking havoc, Ryder and everyone’s favourite heroic pups kick into high gear to face the challenge head-on. While one pup must face his past in Adventure City, the team finds help from a new ally, the savvy dachshund Liberty. Together, armed with exciting new gadgets and gear, the PAW Patrol fights to save the citizens of Adventure City!

Watch the new trailer for PAW Patrol: The Movie here, and be sure to catch the film when it hits theatres across Canada on August 20.