A New School of Writing 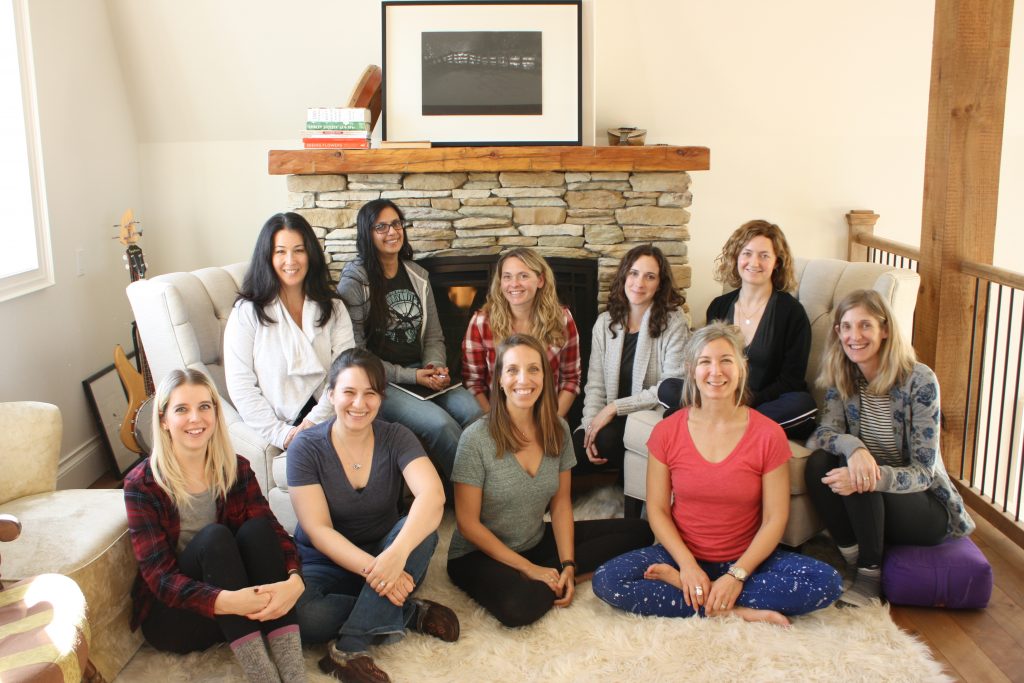 Sarah Selecky distinctly remembers the feeling of being an emerging woman writer.

It was 2010. She had just published her first book, This Cake is for the Party. It was nominated for the prestigious Scotiabank Giller Prize soon after, generating a load of publicity for the little-known writer – and the small publisher, Thomas Allen and Son. Readers reached out to Selecky on Twitter, asking where they could buy copies of her book as it wasn’t widely available at big chains or local bookstores.

Selecky decided to “open up the conversation” and tagged bookstores in a Tweet, asking them where readers could purchase copies.

That prompted a call from her publishers to say that the bookstores weren’t happy with the tweet or her challenging the hierarchy, suggesting, next time, she go through her publisher or agent.

In her question, she found her answer. And it set the tone for much of the work she does today.

In 2011, Selecky audaciously launched the Sarah Selecky Writing School with one main purpose: to create a different space for new and emerging writers to learn the craft. 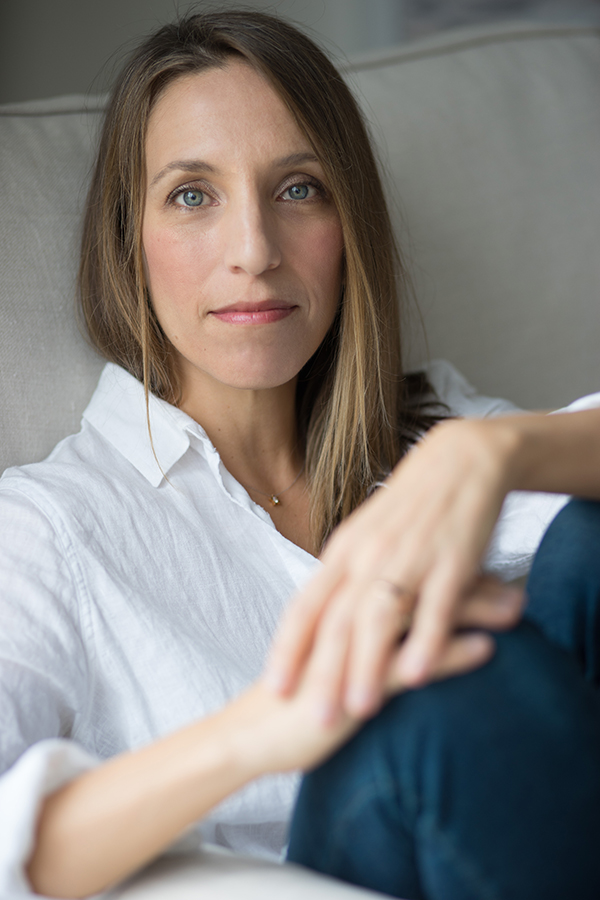 Selecky was an avid reader growing up—books by C.S. Lewis and Michael Ende—but the Nancy Drew series by Carolyn Keene gave her the idea that maybe, someday, she could be a writer. In 2005, looking to find her “way in the world and make a livelihood,” she enrolled in the MFA program at the University of British Columbia, which offered one of the first optional residency writing programs at the time, allowing her to study from her home in Toronto.

But as a distance student, Selecky could not work as a teaching assistant at the university. That experience seemed crucial, as a way of testing whether she wanted to become a professor.

So Selecky started teaching small classes from her living room, and in teaching others, she learned more about herself, her future and her craft. “I would find that people would have a question about point of view, or a question about structure, and I wouldn’t know from my own experience so I would go deep into research for that.”

She appreciated the freedom to do things her own way—and doubted she would have as much as a professor. “My own experience of creative writing and the art of it went beyond what I saw was possible in an academic setting back then.”

As well, women writers she was reading, studying with or being mentored by— Natalie Goldberg, Lynda Barry, Zsuzsi Gartner and Karen Joy Fowler—questioned Selecky’s decision to do an MFA as they felt creative writing taught in institutions encouraged patriarchal storytelling.

They also championed the idea that women’s stories didn’t have to be about “romantic relationships with men and betrayals and affairs,” but could have women alone, at the forefront of their own journey.

School as a Feminist Conversation

As way of keeping that conversation going, Selecky consciously hired women instructors when she launched her school (presently,18 out of 19 are women) knowing thatteachers would help shape the stories students write.

She encourages students to rethink and reimagine the stories they read and are trying to write. “So much needs to change or be destabilized in order to open it up for different voices and different ways of seeing.”

That means taking on patriarchal storytelling—namely the constant rewriting of the “hero’s story,” says Selecky. That structure is often centred around a male character, documenting his journey of overcoming extraordinary challenges. These stories are not only prevalent in literature, but in every form of storytelling—from opera to film. “The architecture of our story is baked in through generations and generations of what we live and what we learn. It’s also a part of how we think and how we move our bodies through this world, who we are and who we talk to. It’s what we learn, what we consciously absorb and digest, and read and pay attention to and make and feel and listen to.”

Realizing that simply casting a heroine in place of the hero doesn’t exactly upset that patriarchal story structure, Selecky follows a writing process she calls “flow” or “embodied writing” and teaches her students that it’s not about pursuing the hero’s or heroine’s story or an idea of a story they think is good or publishable, but about writing a story that feels authentic to them, whatever that may look like. “An embodied piece of writing that is imperfectly written but perfectly felt, I think, is worth a lot.”

What does flow look like? Selecky’s second book, Radiant Shimmering Light, follows the lives of two women in business (listen to Selecky read an excerpt from the book here). It refuses the hero’s journey and the structure of protagonist and antagonist crossing paths; rather, the female characters work together to fight an “antagonistic force” that Selecky describes as an unsolvable dilemma in their lives. To resolve it, they have to leave this dimension.

“They could not solve the dilemma of wanting to live this life they loved, wanting to be successful businesswomen, artists, friends. They couldn’t resolve that in the structure they were moving in and so they left. And the question for one character is, does she die? And for the other is, did she lose her mind? The answer is, I don’t know, what do you think, and let’s talk about it.”

Like her writing, Selecky wanted to create a feminist structure for her business. “The first driving force was this idea that it’s a feminist act for a woman to be independent and financially solvent. I thought we need to stop undervaluing the arts, and we need to stop undervaluing feminized skill sets, which involve deep listening, observation, reflection and teaching. By bringing value to it, I thought it was a feminist act.”

And a gutsy one. Not only did the emerging writer create a writing school, but she did so online, back when platforms such as Zoom were years away and people did not exactly turn to the internet to learn, especially creative writing. But the venture proved successful because of what Selecky calls “growth at the speed of trust.” She pays fair and equal wages and strives to hire graduates of her courses, and they return to the school as teachers because they trust what the school stands for and what it teaches.

The teachers at her school play an important role in the decision making that takes place when it comes to the courses and the direction the school is taking. Selecky gives teachers the freedom to teach the Story Intensive course in the way that works best for them and their students, while following the established curriculum and syllabi, and also invites teachers to play a role in developing and modifying the curriculum each year.

Says Selecky: “This year we have Dr. Stacy Thomas as our mental health consultant because our teacher, Daphne Gordon, brought her into the community. Our lead teacher, Sonal Champsee, has been helping all of us to look into how we talk about writing and cultural appropriation. Teachers also choose new teachers — I ask them to advise me on who we should bring into our network as new TAs each year, based on their experiences with students and graduates.”

Selecky says a lot of her leadership style is based on what she learned from reading and re-reading adrienne maree brown’s Emergent Strategy. One of the chapters that particularly resonated with her is about the role of people, team and community remind us of the common ground we share. “She knows she’s a good leader. And she knows she needs her people to help her see her blind spots. This resonated with me.”

The mentorship proved valuable. “Feeling that we all want to create a society that flourishes for everyone—not just the founder, but everyone that it ripples out and touches. It’s moving to feel aligned with other womxn but also other womxn-led and women-supported businesses.”

The anti-Black racism protests following the murder of George Floyd and ensuing conversations prompted Selecky to reimagine the next phase of the school.

Selecky wants to attract more BIPOC instructors and students. Her latest hire – a student returning as a teacher this fall—is Darrel J. McLeod, author of the memoir Mamaskatch: A Cree Coming of Age, and winner of the 2018 Governor General’s Literary Award for Non-Fiction.

But the question troubling her is how to teach embodied writing while acknowledging that racialized trauma may prevent students from doing so. “One of the things that I’ve learned from meditative practices is that asking someone who has experienced trauma or is triggered by it to sit with it can actually make it worse. What I want to know is how much does an embodied writing practice move through the body, and is writing like talking or is it like moving? Or is it both? Because an embodied writing practice is about moving things through the body.”

To answer the question, Selecky started working with a somatic therapist to include trauma-aware, mindfulness therapy and body practices in her classes. Running her own school allows her the freedom to do so. “I would not be able to bring a somatics therapist into my university classes if I was a professor. So, I feel grateful for the opportunity, and I’m also aware I have a lot to learn because, in a writing class, if someone is experiencing racialized trauma, asking them to drop their armour and write expressively and freely—there’s an assumption that it’s a safe space, but they may not feel safe to do that.

“I think this is one of the transformative moments I find my school and myself in, where we can’t separate therapeutic writing from literary craft anymore. I think that is a false separation that has kept a lot of voices and a lot of stories out of the literary canon.”