A dynamic new ensemble of actors will join us for the 11th CBC Actors Conservatory on Monday, July 15.

"As the home of Canadian storytelling, CBC is committed to providing opportunities for homegrown talent to be discovered, nurtured, developed and ultimately showcased on the national and world stage," said Trish Williams, Executive Director, Scripted Content, CBC. "We are proud to continue our partnership with the CFC on this remarkable program that has produced more than 80 alumni to date, and we look forward to the contributions that the eight actors announced today are sure to make to Canada's film and TV industry in the years to come."

“Over the next six months, these actors will be inspired to reflect, stretch their instrument, refine their artistic process, and elevate their technique,” noted Erica Proudlock, Executive in Charge of Talent & Programs, CFC. “We want them to leave with an awareness of the stories and characters that excite them and the confidence needed to deliver at an international level."

The program has supported and launched 81 exceptional alumni over its 10-year span, many of whom are booking substantial roles on hit TV shows and critically acclaimed features. Just look at alumni such as Annie Murphy in the smash hit Schitt’s Creek, Devery Jacobs in American Gods, Grace Glowicki in the SXSW-awarded film, Tito, Patrick Kwok-Choon in Star Trek: Discovery and Giacomo Gianniotti in Grey’s Anatomy.

When these actors arrive, they will join the writers, editors, directors and producers in the Cineplex Film Program, and the songwriters and composers in the Slaight Music Residency. Rounding out this burgeoning creative community, the incoming actors will play an active role in the storytelling process, lending their spirit and vision to the characters and stories of their fellow residents.

Meet these soon-to-be-familiar faces below and hear who’s inspired them recently onscreen. 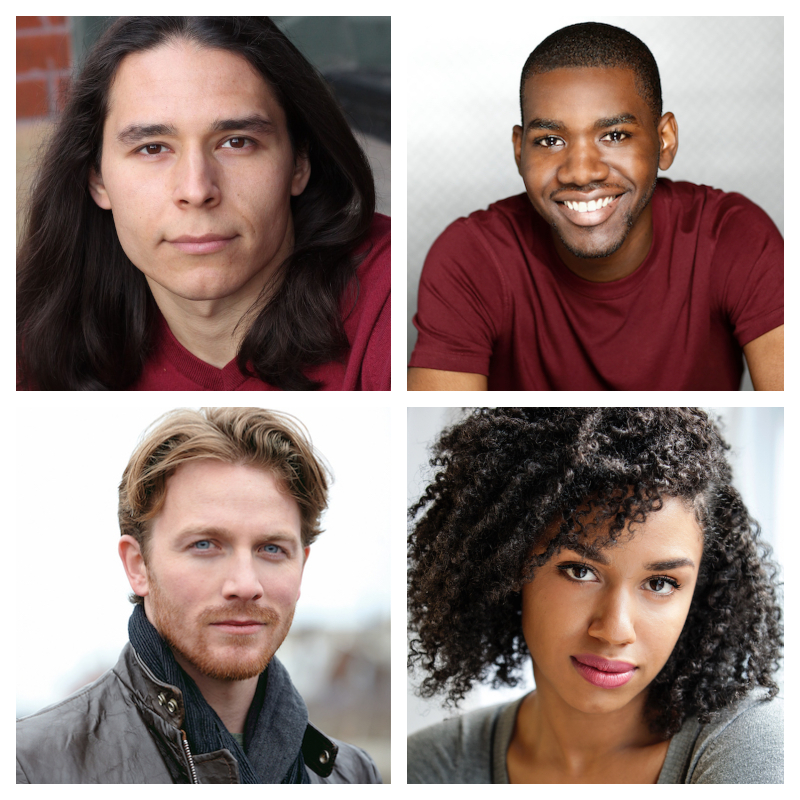 "Louis Herthum as Peter Abernathy in the pilot episode of Westworld was inspiring. The nuance and depth he brought to this one episode sold me on the whole show."

"When They See Us on Netflix inspired me not only as an actor, but also as an individual. Seeing the injustice these boys dealt with was heartbreaking. All this, while never compromising their beliefs, made me deeply reflect on myself. As an actor, the emotional connection to these characters and the depth they went to was great to watch."

Ashton James was born and raised on the beautiful island of St. Lucia before moving to Toronto. At a young age, he experienced the arts and particularly theatre through his favourite actor, his grandmother, who inspired him to pursue this calling himself. James was professionally trained through Humber College’s Acting For Film and Television program, and he has worked with a range of studios and coaches in the city, including LB Acting Studio with Lewis Baumander and Fraser Studios with Adrian Griffin. His credits include the TV Series, The Boys, the TV miniseries, The Hot Zone, and the short film, Guru. James’ goal is to work on projects that are meaningful, inspiring and fun – experiences that expand his horizons.

"Thomas Shelby in the BBC's Peaky Blinders. He's such a complex character, and Cillian Murphy is able to balance his vulnerability, toxicity and softness in such a captivating way."

Benjamin Sutherland is a Canadian actor originally from Victoria, British Columbia. He was trained in Contemporary Drama at The Royal Academy of Dramatic Art, and in 2016, he graduated from The National Theatre School of Canada. Sutherland is now based in Toronto, where he has appeared onstage with The Tarragon Theatre, Coal Mine Theatre, Young People's Theatre and nearby Hamilton's Theatre Aquarius. Select film and TV credits include Kim's Convenience, Shadowhunters, Love Locks, Saving Hope, Cicada 3301 and Murdoch Mysteries.

"I love Eric from the Netflix show, Sex Education. As the wickedly funny black gay best friend to the lead character, Otis, Eric could have easily been written and performed as a stock character. But Ncuti Gatwa plays him with so much integrity and fearless vulnerability that it just makes his GOLDEN comedic abilities shine all the more."

Gita Miller is a bilingual actor from northern Québec and a 2017 alumna of the Dawson Professional Theatre Program, from which she graduated with honours. She participated in the award-winning Artist Mentorship Program with Black Theatre Workshop and Ubisoft’s five-day MOCAP intensive. Miller appeared in On The Basis Of Sex, with television credits that include The Bold Type, Real Detective and My Worst Nightmare. In 2018, she received the Montreal English Theatre Award (META) for Outstanding Supporting Performance – Actress in the Centaur Theatre hit, Successions. Her other stage credits include Balconville (Centaur), Blackout (Tableau D'Hôte Theatre) and Clean Slate (Talisman Theatre). Miller is passionate about telling stories that challenge preconceived ideas of race and femininity. 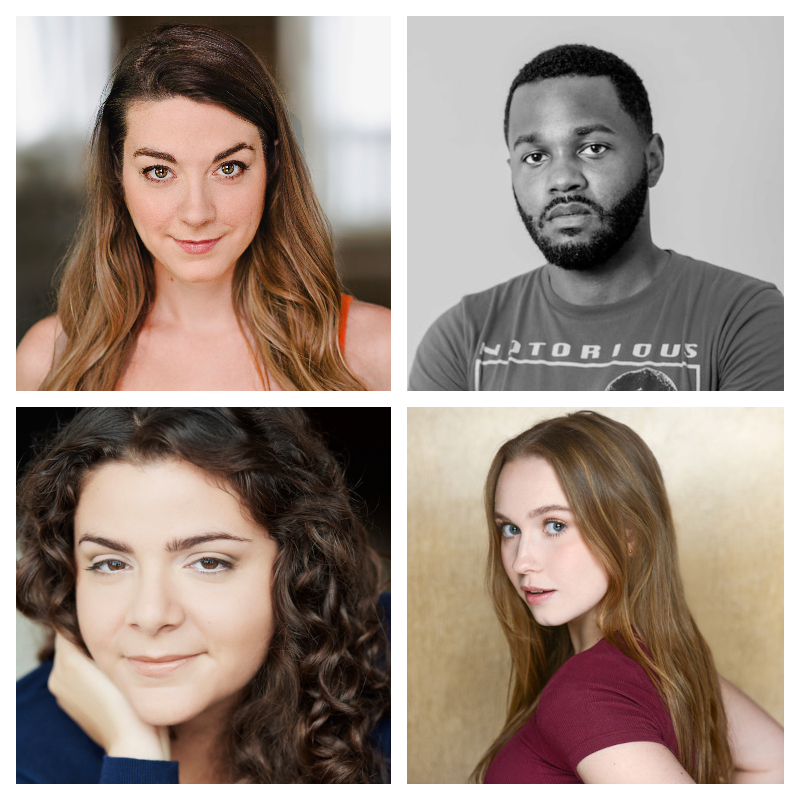 "I’m a little obsessed with Easy. I love watching Jane Adams’ complicated navigation of desire and friendship to Marc Maron’s character. Her performance is refreshing and full of beautiful contradictions."

"Recently I’ve been inspired by the character played by Maggie Siff in Sons of Anarchy, specifically because of the authenticity and commanding presence she brings to the character while still using subtlety as a tool."

Shomari Downer draws from a diverse range of life experiences, realities and communities to bring his characters to life. He is a child between worlds as the son of Jamaican-Barbadian parents, with siblings abroad and as the only Canadian in his extended family. Ranging from stage to television to film, Downer’s passion for authentic storytelling and honest characters has led him to explore a range of emotions and characters, from his start onscreen in John Singleton's film, Four Brothers, to his leading roles in the films, One Angry Juror and Edging. Downer has embarked on a beautiful quixotic journey to discover himself while inhabiting the lives of others – a journey that has only just begun.

"I've recently been obsessed with the show, Barry, which is written, directed and produced by Bill Hader, who also plays the lead. Hader plays Barry, a hitman-turned-actor, who's not all good or all bad. He brings such humanity to an extremely complex, troubled character, all while being hilarious. He's incredible and has raised the bar."

Veronika Slowikowska is a performer and comedian from Barrie, Ontario. Since graduating from Randolph Academy in 2015, she has amassed a number of credits, including Netflix’s Degrassi: Next Class, the short film Viable, and most recently, the buzzy hit show on FX, What We Do In The Shadows, based on the cult film of the same name. Slowikowska is also a Second City Conservatory Graduate, 2017 Tim Sim's Encouragement Fund Nominee, and a 2019 Bad Dog Featured Player.

"Will McAvoy from The Newsroom, because he’s on a mission to civilize ― as a self-appointed Don Quixote ― while also being in charge of office morale. He is a truthsayer on the one hand and a pacifier on the other, and he plays both with a whole lot of style."

Stephanie Costa has been working as an actor and director for nearly a decade. Her select acting credits include 19-2, Eye on Juliet, Street Legal and three seasons in a recurring role on Freeform’s hit TV show, The Bold Type. In addition to her work onscreen, Costa has performed and directed stage work in Montreal, Toronto, New York and Los Angeles. She is a graduate of the Professional Theatre Program at Dawson College, the Stella Adler Studio of Acting and The Art of Acting Studio.