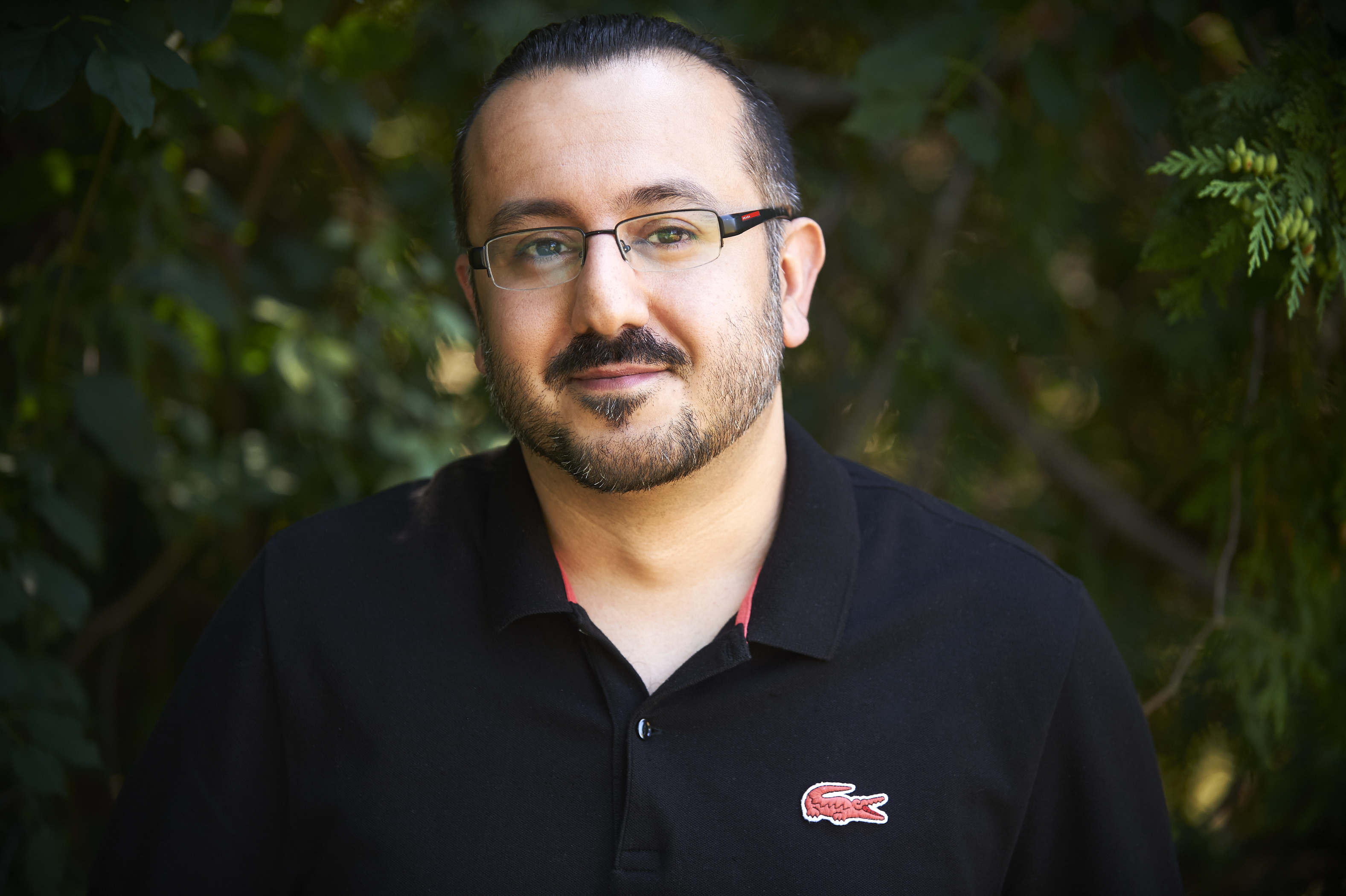 Since completing the Producers’ Lab at CFC in 2016, Canadian film producer Ali Mashayekhi has been busier than ever. He expanded his media film production company Landed Entertainment and produced more than 20 short films, in addition to features and TV series during that time. Ali founded Landed Entertainment in 2003 and has gone on to cultivate numerous short films, music videos, feature films, and documentaries. Along the way, Ali has collaborated with numerous CFC alumni – he’s invested in supporting and developing creative partnerships with his fellow CFC alumni and Canadian creators in general. We recently caught up with Ali to discuss film, entrepreneurship, and his latest projects.

CAN YOU TELL US A LITTLE BIT ABOUT YOUR EXPERIENCE AT THE CFC? WHAT ARE SOME OF YOUR HIGHLIGHTS AND TAKEAWAYS?

First off, I never thought I would get in, so it started off as a shock. Also, being one of the older residents, I was far removed from the “classroom” structure we operated under, so that took a little time getting used to, but I was never late! The best part of it all was the people I met on all fronts; my peers, the in-house staff, and the guest instructors were all amazing. Most of these people are not only my colleagues now but also good friends. It was a fun and condensed few months that looking back now, I should have savoured more.

IF WE’RE NOT MISTAKEN, YOU HAVE COLLABORATED WITH MORE ALUMNI THAN ANYONE ELSE IN THE HISTORY OF THE CFC. WAS THIS SOMETHING THAT HAPPENED ORGANICALLY OR DO YOU FEEL A CONNECTION TO THE ALUMNI WHO HAVE SHARED THE CFC JOURNEY WITH YOU?

Both. It happened organically at first because I had built relationships with these amazing artists [during my residency] and it only made sense to keep that relationship going outside of the CFC grounds. But, the more I collaborated, the more I wanted to collaborate. Once I realized I had worked with 20 alumni, I wanted to get to 30, and when I got to 40, I wanted 50. Currently, my goal is to work with everyone alive who graduated from the CFC. It sounds crazy but there is a bond between us and I only had a positive experience across the board.

CONGRATULATIONS ON THE SUCCESS OF YOUR PRODUCTION COMPANY LANDED ENTERTAINMENT. CAN YOU TELL US A LITTLE BIT OF HOW YOU STARTED AND WHERE YOU WOULD LIKE TO TAKE IT?

Landed started in 2003 when I was attending the University of Toronto, and struggling with finding my place in life as a possible future doctor. I wanted to make movies so I sought out other non-film students who wanted to make a “film club” and over the next 18 years we did everything – documentaries in Japan and Indonesia, a TV pilot in LA, four feature films, numerous music videos, and my favourite medium of all time – short films; I’ve made more than 40 of them since. Landed has morphed over the years from an indie film production company to an incubator of sorts that helps new filmmakers bring their projects to life at an industry professional standard.

ANY ADVICE FOR FILM PRODUCERS WHO DREAM OF HAVING THEIR OWN FILM PRODUCTION COMPANY ONE DAY?

Yes – don’t do it. It’s not necessary anymore unless you want to be an auteur filmmaker. When I started almost 20 years ago, we were shooting on Super16mm and didn’t have outlets of collaboration with technology and social media. Today, like-minded filmmakers can find each other easily online and build single-purpose collaborations quickly and don’t need the brick-and-mortar structure that I did almost two decades ago to make it happen. Also, the overhead and red tape are not fun to manage. Unless you have a long-term vision that only a company structure can bring to life, I would focus on building international networks and single-project associations instead.

HOW DO YOU JUGGLE HAVING A FAMILY AND A BUSINESS, ESPECIALLY IN THE FAST-PACED AND DEMANDING ENTERTAINMENT INDUSTRY?

All credit goes to my wife Sarah. She essentially takes care of everything when I am away, which was often pre-COVID19. It’s not possible to juggle filmmaking and being a good husband and father without her support, understanding and most importantly, encouragement. I got lucky to find her and put a ring on it. Without an understanding partner, success in this ultra-competitive industry is almost impossible. The biggest challenge is not touching my phone during family time, which according to her I still need to work on.

WHAT ARE SOME PROJECTS YOU ARE WORKING ON RIGHT NOW THAT WE CAN EXPECT IN THE NEAR FUTURE?

I am very excited to be producing the first-ever fully sanctioned Farsi (Persian) translation of a Stephen King story, the Doctors Case. We have cast Iranian actors from all around the world and are shooting this Fall. We got delayed for well over a year because of COVID. It will be directed by my fellow CFC alumni Kaveh Mohebbi and will likely have several other alumni on the team. Additionally, I just produced Dan Abramovici’s (another CFC alumni) latest opus Spaceman, based on a feature film we are making together in 2022. Lastly, I am putting out an anthology horror feature film that we’ve been shooting since before and during COVID featuring more than 10 CFC alumni – which I am very excited about – including Matt Murray, Nicholas Kewin and Rebbecca Everett.

WHAT ARE THE TYPE(S) OF CONTENT/PROJECTS LANDED ENTERTAINMENT IS DRAWN TO? ARE THERE SPECIFIC STORIES YOU WANT TO TELL?

Dark psychological dramas and good ol’ fashion horror. They are easier to make, more fun to make, easier to market, do better in festivals, and sell easier in markets. I would like to do more comedy and documentaries but I find them harder to produce and take up more resources to make, even though I enjoy making them.

WHAT DO YOU HOPE WILL BE YOUR LEGACY?

I hope to have inspired the younger generation who may think their career paths have been predetermined by their parents, to take chances and follow their hearts. Nothing I ever accomplished came easily or quickly, but I did it all under my own terms and made my own path in this industry – for better or worse, it’s been my journey. I want to be regarded as someone who took risks and did his own thing in an industry that at times demands conformity.