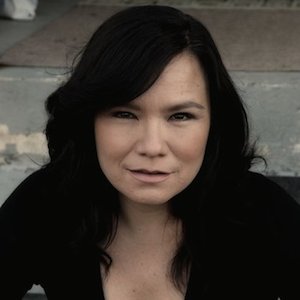 Jennifer Podemski is an award-winning, Gemini nominated actress and producer born and raised in Toronto, Canada. Since beginning her professional career at the age of 14, Jennifer has achieved great success as an actor in film, television and theatre. Best known for her roles in Bruce McDonald’s acclaimed feature film Dance Me Outside, CBC’s The Rez and Degrassi: The Next Generation, Jennifer has maintained a presence in front of the camera for more than 20 years. In more recent years, she has spent most of her time working behind the camera as a producer, writer and director with her company Redcloud Studios, an independent production company.

As an actor, Jennifer can most recently be seen in Jimmy P as the love interest of Benicio Del Toro (directed by Arnaud Desplechin); alongside Sarah Silverman and Michelle Williams in Sarah Polley’s Take This Waltz; and as Minnie, the matriarch of a dysfunctional family in her first feature film as producer Empire of Dirt (directed by Peter Stebbings) which will have its world premiere at the Toronto International Film Festival. The film explores the theme of voyage and return against the milieu of a Native Canadian family and stars Jennifer alongside Cara Gee, Luke Kirby, Jordan Prentice and Michael Cram. Mongrel Media has acquired Canadian theatrical distribution rights.

Amidst her many projects in development, Jennifer is the co-executive producer of the Indspire Awards (previously known as The National Aboriginal Achievement Awards). Currently in her 7th year in this role, The Indspire Awards recognizes achievements made by Indigenous Canadians and is broadcast by APTN and Global TV nationally. The Indspire Awards has also been nominated for many Gemini Awards/Canadian Screen Awards and has won in various categories. Jennifer has also created, co-created and produced multiple television series including three seasons of the first all aboriginal drama Moccasin Flats (Showcase, APTN), two seasons of the paranormal cop drama Rabbit Fall (Space, APTN), a factual series about Aboriginal ghost hunters The Other Side (APTN) and a host of lifestyle and documentary series in various genres.

Despite her busy schedule, Jennifer dedicates a large part of her time to working with, and mentoring youth. She has toured North America, speaking to Native youth and facilitating workshops in self-awareness, goal setting, performing, business, media and self-empowerment. She has facilitated over 2000 workshops and keynote addresses and continues to dedicate her time to strengthening the future of Canada by empowering Native youth to realize their potential.