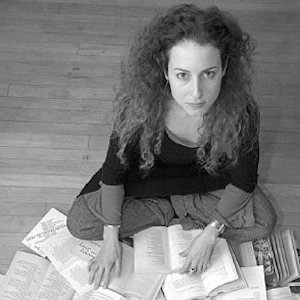 Vanya Rose studied theatre and visual arts from an early age, spending her childhood between the classrooms of a French colonial school in Montreal, the wilds of the Eastern Townships, and the hallways of the Chelsea Hotel in New York. After acting in and creating theatre productions with the Garrick Players, Vanya began formal theatre training at 15 with Stanislavsky disciple Polina Klimovitskaya. She went on to train in performance at NYU's Tisch School of the Arts, however, soon changed her attention to directing, completing her degree at McGill University in English/Theatre with first class honours, receiving numerous prizes for her directing and stage adaptations. Parallel to her studies, she began to act in film, allowing her the opportunity to observe approaches to filmmaking of directors from around the world.

After spending a number of years living in Europe, where she created several theatre productions, she returned to Montreal in order to complete a master's degree in theatre directing with an FRSC grant for excellence. It was while creating her thesis production that her thesis director recommended she explore filmmaking and she has continued to do so since.

In 2008, she completed MONTREAL STORIES, three poetic portraits that take place throughout the 20th century, starring Lise Roy, Gabriel Gascon, Kaniehtiio Horn and Rebecca Windheim. In 2009, Vanya was selected as one of five directors to attend the competitive CFC's Directors’ Lab. Upon her return to Montreal, Vanya completed IMPOSSIBLE starring Tyler Hynes and Charlotte Le Bon which premiered at the prestigious event, Cinéma du Québec à Paris, and has recently finished her newest short AT THE BOTTOM OF THE HILL, starring Hélène Joy and which Vanya produced with her production company, time's thievish progress to eternity FILMS. Presently, Vanya is finalising her debut feature-length film script which will star Ms Joy and Liane Balaban.