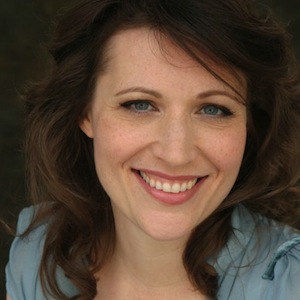 After training at Simon Fraser University and the National Theatre School of Canada, Waneta has working in theatre, television and film as an actor. Some of her theatre work includes: Faust and The Good Life at Tarragon Theatre; My Pyramids at the 2005 Edinburgh Fringe; Ibsen’s Rosmersholm at The Shaw Festival; DVxT’s Coyote Ugly;Tom Stoppard’s Arcadia at CanStage and the Manitoba Theatre Centre; Our Town and Problem Child at Neptune Theatre in Halifax; and The Diary of Anne Frank at Toronto’s YPT.

She has appeared in films such as: A Simple Curve; The Happy Couple; and Joe’s so mean to Josephine. Her television appearances have included Guest Leads on Murdoch Mysteries, This is Wonderland, Naked Josh, Blue Murder, Amazon, La Femme Nikita, The Hardy Boys and the MOW Mayerthorpe (CTV). But she may be best known or her three-year stint as a Lead on The Eleventh Hour (CTV). She has been nominated for a Gemini Award four times, once for her Guest starring role on Blue Murder, and three times for Lead Actress on The Eleventh Hour. She has won a Dora Award for her performance in DVxT’s theatre production of Lynn Seifert’s Coyote Ugly.

As a writer, Waneta was a member of three writers’ units before her residency at the CFC TV Writing Program: Theatre Passe Muraille (2000), CanStage (2001), and the Foundry/Sienna/Mongrel Media writer’s lab (2009).  After the CFC, she wrote for Peter Mitchell’s Hemlock, a one-hour dramatic series in development with Shaftesbury Films.  She is now Writer/Executive Story Editor for the CTV/Ion/eOne/ICF one-hour dramatic series Saving Hope.

"The Bell Media Prime Time TV Program prepares TV writers to work in the industry . . . within two months of completing the program, I had a job in a writers' room."