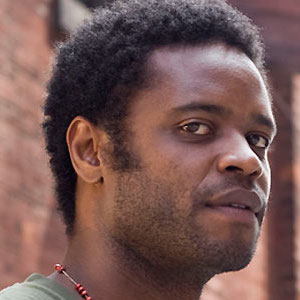 Charles Officer studied visual art at Cambridge in the United Kingdom and communication design at the Ontario College of Art & Design.

Charles worked as a graphic designer and creative director before attending the Neighbourhood Playhouse School of Theatre in New York City. His training continued at the Canadian Film Centre where Charles completed the Directors Lab in 2002. Since then, Charles has appeared in film, television and stage productions, notably starring in the Soulpepper production of Lorraine Hansberry’s A Raisin In The Sun.

He developed and directed the television pilot Hotel Babylon, then followed up with a short documentary commissioned by Canadian reggae, punk band Bedouin Soundclash entitled, In The Year of Our Lord.

2007 found Charles focusing on episodic television directing two episodes of the hit comedy series, Da Kink In My Hair for Global Television. His screenplay, Nurse.Fighter.Boy was selected to participate in the ‘Sparkling Tales’ Writers Lab moderated by acclaimed producer Fred Roos at the 57th Berlinale Film Festival. The lyrical love story about a young boy’s faith in magic premiered at TIFF ‘08 and was picked up by international sales agent Rezo Films.

Nurse.Fighter.Boy was theatrically released in 2009 by Mongrel Media across Canada, and in the U.S. with New York distributor Film Movement in 2010. Nurse.Fighter.Boy garnered 10 Genie nominations, where Charles was recognized for his achievement in direction and original screenplay at the 30th Awards.

Named “10 to Watch” by Playback magazine in 2009, Charles was also the recipient of the Ontario Premier’s Emerging Artist Award that same year. His first feature documentary Mighty Jerome: The Greatest Comeback in Track & Field History was fully financed and produced by the NFB. The film was theatrically released across Canada in 2011, won four Leo Awards and nominated for an Emmy Award in 2012.

He completed Fuelled By Passion, The Return of the Jets, a one-hour documentary produced by the CBC about the Winnipeg Jets return to the National Hockey League for the 2011-12 season. Charles also worked on a one-hour documentary “The Stone Thrower” commissioned by CTV celebrating the 100-year anniversary of the CFL (Canadian Football League).

Recipient of a Special Jury Mention for the 2012 Don Haig Award, Charles is moving back to fiction for his third feature film, a contemporary noir entitled, Torchbearer slated for release in 2013.

His bravoFACT credits include 100 Musicians, The Play, Furstenau Mysteries, and Overwatch.