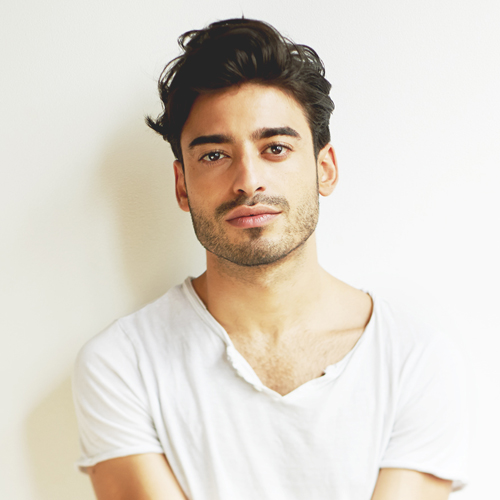 Lebanon-born, Montreal-raised Jade Hassouné is a graduate of the professional theatre program at John Abbott College and a 2012 CFC Actors Conservatory alumnus.

Since then, Jade has become a recurring character on one of Canada most successful series HEARTLAND (CBC), has shared the screen with the late Paul Walker in BRICK MANSIONS and worked with Ubisoft using new technology to capture actors performances for videogames in development.

Jade is involved in the fashion and music industry, collaborating with various artists on projects to be announced. On his free time, he is also a professional cartoonist and comicbook creator. Past credits include a supporting role in ABC Family's CYBERBULLY, CANADA'S GOT TALENT semi-finalist with Enigma Dance Productions and various CENTAUR THEATRE and GEORDIE PRODUCTIONS plays in Montreal.