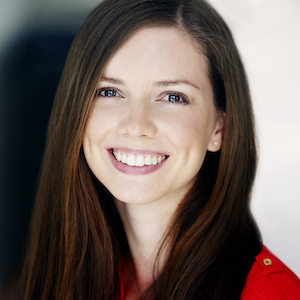 Erica recently scored season 1 of Apple TV plus’s Emmy winning show Ghostwriter. For the CBC she has scored the rowdy comedy series Little Dog, and the children’s series Detention Adventure. Erica has worked on critically acclaimed films such as Pat Mills’ hit misfit comedy Don’t Talk to Irene starring Geena Davis and Thyrone Tommy’s anxiety-ridden drama Mariner, both official selections at the Toronto International Film Festival. Her composition, "Precipice", was the centrepiece of Seneca College's Nuit Blanche exhibition in Toronto, which included artwork by over 60 students and faculty all inspired by the same piece of music.

Erica was selected to attend Berlinale Talents 2019 and is an alumna composer of the Canadian Film Centre’s Slaight Family Music Lab. She currently teaches film scoring at Humber College. She is on the board of directors for the Screen Composers Guild of Canada and holds a Masters of Music Composition from Western University.