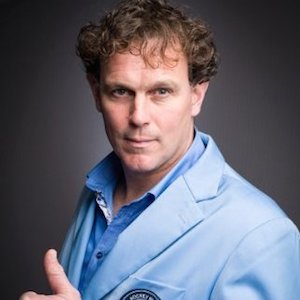 Chris Szarka left the corporate life to enter the world of Film & Television Production. Szarka has experience in Management, Marketing, Sales, Finance and Industrial Relations. In his last position at Coca-Cola he played an integral part in the successful merging of five plants/sales centers into one mega plant which was the largest capital investment ever made by Coca-Cola.

During the first year of his new career in production, Szarka financed and shot a TV presentation demo for Rent-A-Goalie; this presentation led to a development deal at Showcase and ultimately the green light to shoot three seasons (26 episodes). Rent-A-Goalie has received 22 industry nominations has and captured three awards. Szarka received two Gemini nominations and a CFTPA nomination for his work on Rent-A-Goalie. Szarka also produced the Gemini nominated documentary series The Rawside of… for IFC, & the award winning short LOONIE.