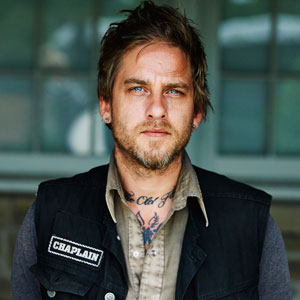 Joel Thomas Hynes is an award-winning multidisciplinary artist from Newfoundland, Canada. He has worked in the Canadian film and television industry for more than fifteen years as a writer, actor and director. He has written and directed two award-winning short films, CLIPPER GOLD and LITTLE MAN, and is the author of numerous acclaimed books and stage plays, including the novels Down to the Dirt and Right Away Monday. Hynes recently penned the screen adaption of his book Say Nothing Saw Wood under the title Cast No Shadow. As an actor, he has performed numerous lead and principal roles for TV and film, including Down to the Dirt, Crackie, Cast No Shadow, The Book of Negroes, ReGenesis, Rookie Blue and Republic of Doyle. Hynes’s awards include The 2014 AFF’s Best Atlantic Screenwriter, The Newfoundland and Labrador Artist of the Year Award, Nickel Independent Film Festival People’s Choice Award, The Yorkton Film Festival Best Actor Award, The Lawrence Jackson Creative Writing Award, The Cuffer Prize, Summerworks Theatre Festival Best Dramatic Script Award and the Newfoundland Arts and Letters Award for best dramatic script. Hynes is a 2014 alumnus of the Cineplex Entertainment Film Program Writers’ Lab at the Canadian Film Centre in Toronto.