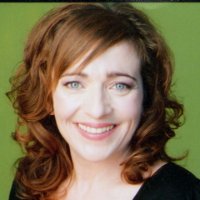 Suzette Araujo is an award-winning actress. Her original production of Chandelierva is a critically-acclaimed, no-holds-barred, one woman show which premiered in Toronto and has since toured to Montreal and the New York Fringe Festival.

Suzette’s acting, comedic and musical talents have been showcased in a diverse range of performances including: Cirque du Soleil in its North American Tour of Varekai; shows in China with Theatre Beyond Words; Ross Petty’s Snow White at the ElginTheatre; a guest role as Mrs. Chintro in the CBC television production of Twitch City; the leading role of Angie in a short film called the “The Echo” with Bare Knuckles Duet Productions and a Much Music video “Sad Boys” with Riddle Productions.

Other credits include: "The Last Resort" at The Rose Theatre, "The Hallow" Berkeley Street Theatre Canadian Stage, "Songs for a New World" at Theatre New Brunswick, "Don't Tell Mama" and "Vampires and Lesbians of Sodom" at Buddies in Bad Times Theatre, "Prince and the Pauper" at Young People's Theatre, "Wake Me When It's Over" and "Scenes from my Dock" at the Muskoka Theatre Projects, Special Olympics with the Famous People Players and "Suds" and "Nunsense" at the King Wharf Theatre.

She is also a graduate of the Canadian Film Centre’s Multi-Media program, where she was proud to develop her first multi-media installation entitled World Without Water. The piece opened at the Lennox Art Gallery in Toronto as part Nuit Blanche Festival and was showcased at the Code Live Festival Vancouver 2010 Olympics.

Recently she crossed off an item on her bucket list by singing the National Anthem at the Rogers Centre for the Blue Jays.

Suzette is a proud member of CAEA and ACTRA.