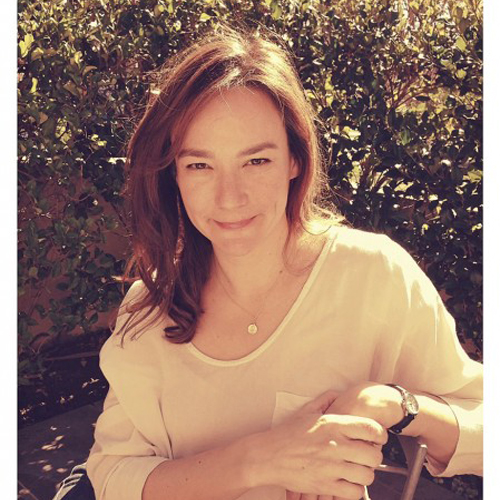 Semi Chellas is a writer and screenwriter who has written for film, television and magazines. She was born in Palo Alto, California in 1969 and grew up in Calgary, Alberta.

Chellas was the co-creator (with Ilana Frank), executive producer and head writer of the Canadian prime-time dramatic television series The Eleventh Hour, two-time winner of the Gemini Award for Best Series. Chellas and Tassie Cameron shared the Gemini for Best Writing in 2005 for the series finale, "Bumpy Cover". As well as being critically acclaimed, the series was nominated for over 30 other Geminis and won nine.

Most recently, she adapted Linda Spalding’s Who Named the Knife into a television movie, Murder on Her Mind; she also executive produced. She wrote the script for Picture Claire, a low-budget feature directed by Bruce McDonald, that premiered at the Toronto International Film Festival in 2001. She also wrote The Life Before This, a low-budget feature directed by Jerry Ciccoritti that premiered at TIFF in 1999; she was also an associate producer. Her script for the Showtime/CBC television movie Restless Spirits (Canadian title: Dead Aviators) garnered her both a Gemini and a day-time Emmy nomination.

She has co-written two episodes of season 5 of Mad Men with Matthew Weiner. Both episodes, "Far Away Places" and "The Other Woman", were nominated for a Primetime Emmy Award for Outstanding Writing for a Drama Series. On February 17, 2013, "The Other Woman" won a WGA award for best episodic drama. She also wrote one episode of Being Erica.

Chellas has directed four short films, three of which have premiered at The Toronto International Film Festival: Green Door (written by Barbara Gowdy; selected as one of Canada's Top Ten Short Films 2008 by TIFF); Trouser Accidents (included in the Best Canadian Short Films Showcase) and Three Stories From the End of Everything (nominated for a Genie Award for best live-action short). Her most recent short film was One Tomato. She has published short fiction and interviews in Brick, Epoch, The Malahat Review and Grain. A non-fiction piece on embedded reporters, "Good to Go", appeared in The Walrus and The Commonwealth Journalists' Quarterly.

She holds a B.A. in literature from Yale University and was a Mellon Fellow in English at Cornell University. She was a resident of the Canadian Film Centre in Toronto. She lives in Toronto, Ontario.