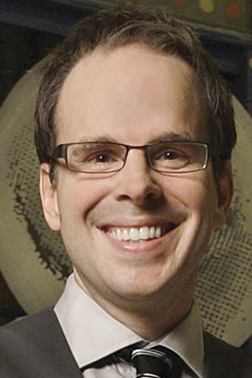 Daryl is the Artistic Director of Western Canada Theatre in Kamloops, BC where he recently directed Les Miserables, Fiddler on the Roof, Betrayal and Noises Off. Daryl has also directed at theatres across Canada, including: Tribes (Canadian Stage), And All For Love (NAC), Generous (Tarragon), Afterplay (Shaw Festival), The Last Five Years (Manitoba Theatre Centre), Time Stands Still (Theatre Aquarius), This is How it Goes (Neptune), and Liberation Days (Theatre Calgary). Previous to moving out west, Daryl was the Founding Artistic Director of Toronto-based Theatrefront, where he directed 12 productions, including: THE MILL (Now We Are Brody), UBUNTU (The Cape Town Project) and RETURN (The Sarajevo Project). Daryl has been awarded the Canada Council's John Hirsch Prize for Outstanding Emerging Theatre Director, the Toronto Theatre Emerging Artist Award, and a Robert Merritt Award for Outstanding Director (Halifax). Daryl was one of the writer/directors of the CFC/NFB interactive feature film Late Fragment which premiered at TIFF and toured festivals around the world. He also wrote and directed the short film P.M.O. which premiered at the World Wide Short Film Festival.