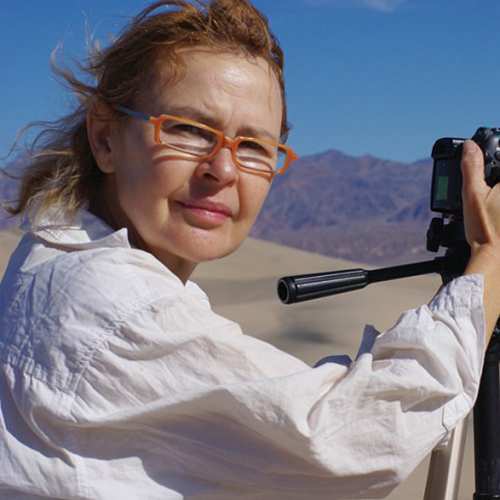 Annette Mangaard has written, and directed fifteen films in more than a decade as an independent filmmaker. She has recently been nominated for a Gemini for Best Director of a Documentary for her one hour documentary, GENERAL IDEA: ART, AIDS, AND THE FIN DE SIECLE (for TVO, Bravo, SCN, Knowledge) about the celebrated Canadian artists collective which premiered at Hot Doc’s in Toronto then went on to garner accolades at the Vancouver International Festival, DOCSDF Mexican Documentary Film Festival and Asolo International Art Film Festival in Italy (among others). Mangaard was recently lauded with a retrospective of her art films at the Cinemateque Palais de Kino in Buenos Aires, Argentina.

Having just completed a feature length documentary about the changing face of the Inuit artists of Cape Dorset for Bravo, TVO and APTN, Mangaard is returning to her roots in theatrical drama.

Mangaard’s series directing includes 4 episodes of Heart of A Poet produced by Makin’ Movies for BRAVO. Other recent films include INTO THE NIGHT, a film noir of the night produced by the National Film Board of Canada, as well as THE MANY FACES OF ARNAUD MAGGS, a one hour documentary on the celebrated Canadian artist/photographer Arnaud Maggs for TVOntario.

FISH TALE SOUP (1997) starring Remy Girard marked her debut as a feature film writer and director. FISH TALE SOUP screened theatrically at the Carlton Cinemas in Toronto and in a number of other theatres across Canada. The 1998 City TV premiere garnered much critical praise.

It all started for Mangaard in 1981 when she bought a super 8 camera and moved to Baker Lake, a small community in the Canadian Arctic. After a year of hunting, fishing and eating caribou with the Inuit, she returned with the five rolls of film which eventually became one of her trademark innovative narratives, LET ME WRAP MY ARMS AROUND YOU.

Born in Lille Vaerlose, Denmark, Mangaard emigrated to Canada, as a child, with her family. Mangaard’s richly imaged film style is anchored in her studies between 1976-80 at the Ontario College of Art where she earned an honours degree in painting and printmaking.

Her short film titles include: LET ME WRAP MY ARMS AROUND YOU, 94 ARCANA DRIVE, NORTHBOUND CAIRO, THE ICONOGRAPHY OF VENUS, THE TYRANNY OF ACHITECTURE and A DIALOGUE WITH VISION: THE ART OF SPRING HURLBUT AND JUDITH SCHWARZ. These works have screened at festivals around the world including: The Experimental Film Coalition in Chicago, The Collective for Living Cinema in New York, the SESC de Pompeia in Sao Poalo, Brazil, Ozfun Australian Tour, and The Ann Arbour Film Festival. National screenings include the International Festival of Festivals, Toronto, The Vancouver Film Festival, Mexico City DOCSDF International Documentary Festival, Asoloa Arts Film Festival, Italy, the National Gallery in Ottawa and a host of solo shows.

Mangaard’s films have screened extensively on Canadian television. The MANY FACES OF ARNAUD MAGGS has shown on TVOntario, and BRAVO. FISH TALE SOUP aired on CITY TV, Radio Canada and the Woman’s Television Network. LET ME WRAP, NORTHBOUND CAIRO, and A DIALOGUE WITH VISION have all been broadcast by the Canadian Broadcasting Corporation and a number of other networks. Most of Mangaard’s short films have been screened by SHOWCASE – CITY TV, BRAVO, TVO, The WOMEN’S TELEVISION NETWORK as well as Knowledge and Access Networks and VISION TV.

In 1990 Mangaard was invited to present solo screenings of her films at the Pacific Cinemateque in Vancouver, Canada and in 1991 at the Kino Arsenal Cinemateque in Berlin, West Germany.

Mangaard was invited to attend the Canadian Film Centre in 1992, as a writer/director resident, where she directed the short film 94 ARCANA DRIVE.

Annette Mangaard’s activities also include positions as; Associate Awards Officer and Associate Visual and Media Arts Officer at the Ontario Arts Council from 2000- 2008, programmer for TVOntario’s “Exposures: The Art of Film and Video” for 2003-05,Co Founder and Executive Director of “IMAGES: Festival of Independent Film and Video” from 1988-90, as well as serving on Boards of Directors for various arts organizations including: The Toronto Arts Council, The Liaison of Independent Filmmakers of Toronto, The Funnel, Visual Arts Ontario and the Canadian Filmmakers Distribution Centre. Mangaard is the recipient of numerous Arts Awards including: Toronto Arts Council (2004), FUND (93), The Canada Council (92, 99, 2004), The Ontario Arts Council (91, 98), Canadian Non-Theatrical Fund (89), Toronto Arts Council (2004).