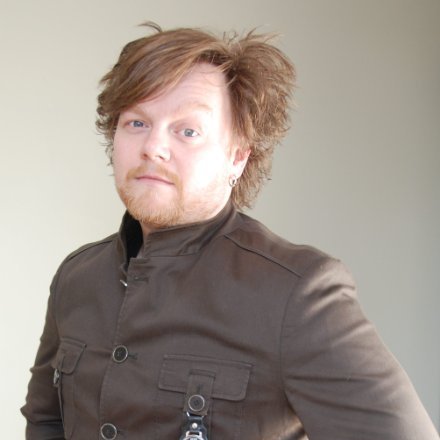 An industry vet with over a decade of experience, Aron leads his merry band of rebels on their campaign of creativity at Treason Media.

Over the course of his career, Aron has worked closely with creators, writers and artists to craft television and interactive projects with universal appeal that have been sold to broadcasters across North America and Europe. He was worked with Disney XD, Teletoon, Corus Kids, Astral Media and the CBC. He has been instrumental in securing nearly a million dollars in development financing for several projects.

Prior to founding Treason Media, Aron held senior development roles with some of Canada’s most prolific and acclaimed producers, including Breakthrough Entertainment and Portfolio Entertainment. He’s literally read and commented on thousands of film and television scripts and was thrilled to see the best ones get produced. He’s also fielded hundreds of pitches and always offered a smile and word of encouragement.

Inspired by rebels and visionaries like Johnny Cash, Joe Strummer and Tony Wilson, contributing to pop culture has shaped the way Aron lives his life. When he’s not crafting a killer pitch or approving the latest draft, he is staying in touch with his “inner kid” by picking up the latest titles from the comic book store or testing the hottest console game. This is how he keeps Treason’s ground fertile to cultivate the next big idea.

If you ask Aron what it is he loves most about the business he’ll reply, “The incredibly talented people I get to work with every day. Nothing beats this.”