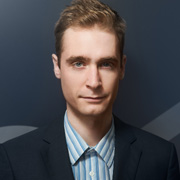 Conor is a producer with a passion for storytelling, business and technology. Over the past eight years, Conor has led a number of successful media projects including the With Friends Like These web series (2007) and Mental Beast (2009), which Showcase called one of the most influential web series of the decade. With Xenophile, he has developed, financed and managed interactive and transmedia campaigns for a range of broadcasters.

Conor is also an accomplished comedian and has performed at numerous international festivals throughout Canada and the US. In his spare time, Conor works on Deebo – a mobile social-game he founded that helps people with diabetes manage their condition more effectively.