This essential film program – comprised of four separate labs for directors, producers, writers and editors – launched in 1988 and has been central to the CFC ever since. It continues to elevate the next generation of creators and industry leaders who are redefining how Canadian stories are told onscreen and experienced by the rest of the world. The program would simply not be possible without the generous support of our wonderful partners and supporters. As part of an ongoing Supporter Spotlight series, we are profiling some of the key supporters behind The Norman Jewison Film Program. This month, we’re spotlighting The Paul Bronfman Family Foundation

The Paul Bronfman Family Foundation, and its counterpart the Comweb Foundation, support the professional development and creative expression of underdeveloped Canadian filmmakers across Canada. They believe in the talent and stories of emerging filmmakers who may be without resources or representation and seek to provide them with a fair shot at success and sustained careers in the film industry. Learn more about The Paul Bronfman Family Foundation and their support of The Norman Jewison Film Program in the spotlight below. 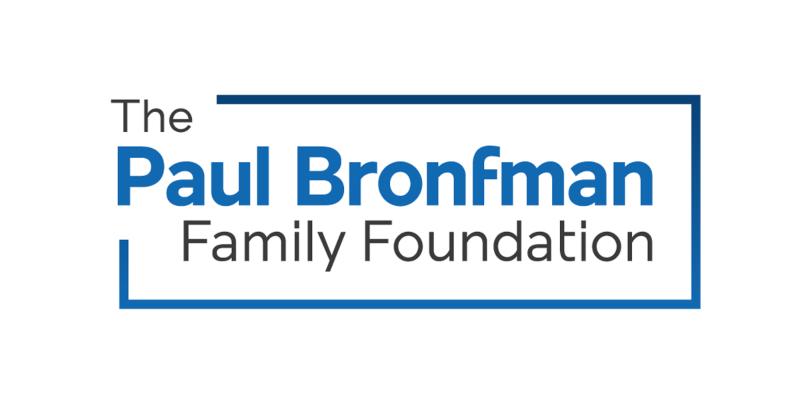 Why is it important for your foundation to support The Norman Jewison Film Program?

The CFC came into existence the same year as Comwebin 1988. Norman has always had the vision of developing a professional collaborative program for filmmakers in Canada that shines a light on our world-class filmmakers. As Canadians, we have diverse storytellers and voices that need to be heard. Comweb Corporation believes in the development of talent and building strong foundations within the Canadian film community. There has always been a natural synergy and respect for Norman and his work at the CFC.

What does The Paul Bronfman Family Foundation hope to achieve with your sponsorship of the Norman Jewison Film Program?

In our industry, people that work below the line / behind the lens are given the least amount of attention in the movie-making process. Without these people there would not be a motion picture industry. The crews don’t always get the appreciation and respect for those skill sets that are incredibly important yet are so often underestimated. In sponsoring this program, we hope to inject an awareness of this aspect of storytelling and build a knowledge foundation for those creatives.

The Paul Bronfman Family Foundation, and its counterpart Comweb Foundation, are committed to supporting the professional development and creative expression of underdeveloped Canadian filmmakers across Canada. Why is it so important to you to support and empower Canadian creators?

My life’s work has revolved around the not-so-glamourous side of the industry. I have a profound respect for those that breathe life into the stories being told. People often have the perception that industry jobs are unattainable. It behooves us as a community to develop and build opportunities for underdeveloped Canadian talent. Investing in diversity makes us stronger and resilient.

How would you describe your relationship to the CFC?

Comweb Corporation and the CFC have had a longstanding relationship and have been intrinsically linked from day one. Our relationship is one of deep admiration, respect, and mutual commitment to building a successful industry in Canada.

The leadership at the CFC has been outstanding, and the team has always been top-notch. I was proud to sit in on one of the founding CFC boards and even after a brief time away, I have come back to be a part of this organization. And you know, I don’t think I have ever missed a CFC BBQ in the past 33 years, rain, or shine.

Can you tell us about how COVID forced a shift from in-person shooting to remote production and the impact that’s had on the industry?

Holy Smokes, where do you start? COVID has made us re-evaluate everything we do. On one hand, there are constraints to how we shoot, yet in the areas of virtual and postproduction, we have experienced rapid technological growth. We have put a focus on planning, safety protocols, and well being of our teams. It is because of this, our highly legislated industry has the confidence to operate during these uncertain times and has become an example of how to do business.

But I really miss craft service on my set visits, especially the dessert treat table—that was my favourite part. 😊

What are some new trends you’re seeing emerging in film production?

Virtual Production is top of mind these days. Finding studio space is also a driving force. We have a need for controlled environments over general location shooting. There is a focus on establishing more back lots, and studios. But in saying all this we cannot lose the human touch in our business. We thrive on collaborative efforts and our connection to our teams is the essence of creativity.

What are three qualities that you think make for exciting and innovative production?

An incredible story, a tight script, and characters cast in believable roles make for innovative productions.

I really appreciate cinema based on true stories. Give me a captivating story with great writing over CGI any day.

Where do you think film production is headed next?

The future of film production holds great opportunity. We are going to see more diverse storytelling. Now more than ever, the creator’s voice is so important. We will continue to develop and build content in different forms and formats. And I also think that movie theatres will roar back to life. People miss the big screen experience that cannot be duplicated at home!