The CMPA is a steadfast partner and supporter of the CFC. They joined The Norman Jewison Film Program as lead sponsor of the Producers’ Lab in December 2019. Their sponsorship continues to support professional development bootcamps for CFC producers and CMPA members that are focused on equipping producers with the tools they need to thrive in today’s global media landscape.

The CFC and the Norman Jewison Film Program have an incredible legacy: they have helped launch the careers of some of Canada’s most prolific producers. It’s clear that the continued success of Canada’s production sector hinges on developing the next generation of Canadian filmmakers. That’s what the Norman Jewison Film Program is all about, and why we are proud to be the lead sponsor of its Producers’ Lab.

What does the CMPA hope to achieve with your sponsorship of the Norman Jewison Film Program?

We want to invest in the next generation of industry leaders – individuals from diverse backgrounds who bring fresh perspectives and new, innovative approaches. The Norman Jewison Film Program’s Producers’ Lab empowers emerging and mid-career producers with the tools they need to get to that next level and push our industry forward into a new era of Canadian filmmaking. 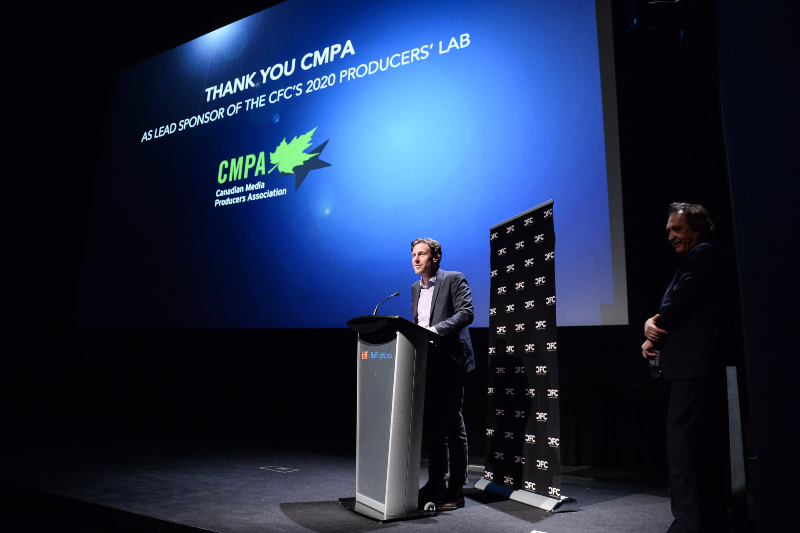 Why is the CMPA committed to supporting and empowering Canadian creators and content?

Ensuring a bright future for Canadian content is at the core of our mandate as an organization. We believe in the power of Canadian stories told on screen, and in the importance of bringing those stories to both domestic and international audiences.

How would you describe the CMPA’s relationship to the CFC?

The CFC has been key in developing some of the best and brightest minds in Canadian production who then go on to become members of the CMPA. Some CMPA members who are alumni of the Producers’ Lab include:

What are three qualities that you think make for an exciting and innovative producer?

That’s up to the next generation of Canadian creators to decide. The globalization of entertainment content has certainly presented our domestic production sector with a fair share of challenges, but it has also presented many opportunities. The CMPA’s goal is to support our members, Canadian independent producers, as they adapt and innovate to new ways of creating content and reaching audiences, both in Canada and around the world.

What is one piece of Canadian content that you think should everyone watch and why?

There is no one touchstone, and nor should there be. One of the greatest attributes about Canadian content is its inherent diversity – in genre, style, medium, audience, format, etc. From a niche documentary that inspires you to act to an internationally acclaimed Oscar nominated film, and from the Saturday morning cartoons from your youth to your favourite obsessively watchable reality TV show, there really is something for everyone. That’s the wonder of Canadian stories told on screen!