We’re so excited to welcome six new music creators into our 2021
Slaight Music Residency. These accomplished musicians come to the program with a range of experience – as singers, songwriters, composers, producers, orchestrators, sound designers, multi-instrumentalists and more – who have worked across multiple disciplines, genres and formats. Now, they’re joining the Slaight Music Residency to deepen their knowledge and experience working in film and TV through a unique creative and business experience that will fully integrate them into the onscreen narrative storytelling process.

This year marks the ninth year of the program, which would not exist without the support of our generous and visionary sponsor and partner, Gary Slaight and The Slaight Family Foundation.

“Music creators need to be resilient, innovative and talented to have a lasting musical career,” says
Gary Slaight, President & CEO, The Slaight Family Foundation. “This program has expanded the access, the skills and the options for many talented musicians to do what they do best – create great music and take us into a great story.”

The Slaight Music Residency, chaired by Juno Award-winning singer-songwriter Marc Jordan and internationally acclaimed composer and musician Lesley Barber, officially begins today – March 15 – when this year’s residents begin the program virtually. Music residents will jump into sessions exploring the powerful connection between music and cinematic storytelling and have them producing new compositions across a variety of genres and formats. The six music creators join filmmakers in The Norman Jewison Film Program, who
recently started their full-time, virtual program at the CFC. We are excited to get these creative voices collaborating together on original work for the screen.

Additionally, we look forward to celebrating the musical talents of our 2019/2020 residents – Anthony Wallace, Casey Laforet, Iva Delic, TiKA, Simon Poole and Kat Burns – whose official industry Showcase has been postponed because of COVID. We thank them for their ingenuity, resilience and patience as we all work through how to wrap up their residency in style and with the attention they are most deserving of.

To date, 44 music creators have come through the program, who are generating exciting scores and songs for film and TV the world over. Like
Ben Fox, who created the music for critically acclaimed documentary Stateless; Suad Bushnaq, who recently won a Hollywood Music in Media Awards for her composition entitled Tomorrow, performed by the Syrian Expat Philharmonic Orchestra; Todor Kobakov, who scored the hit crime drama series Cardinal; and Ava Kay, who most recently composed for the upcoming feature Hysteria, from writer/director and CFC Film Program alum Reem Morsi, which is slated for release in 2021.

Now, read on to meet the 2021 residents of The Slaight Music Residency! 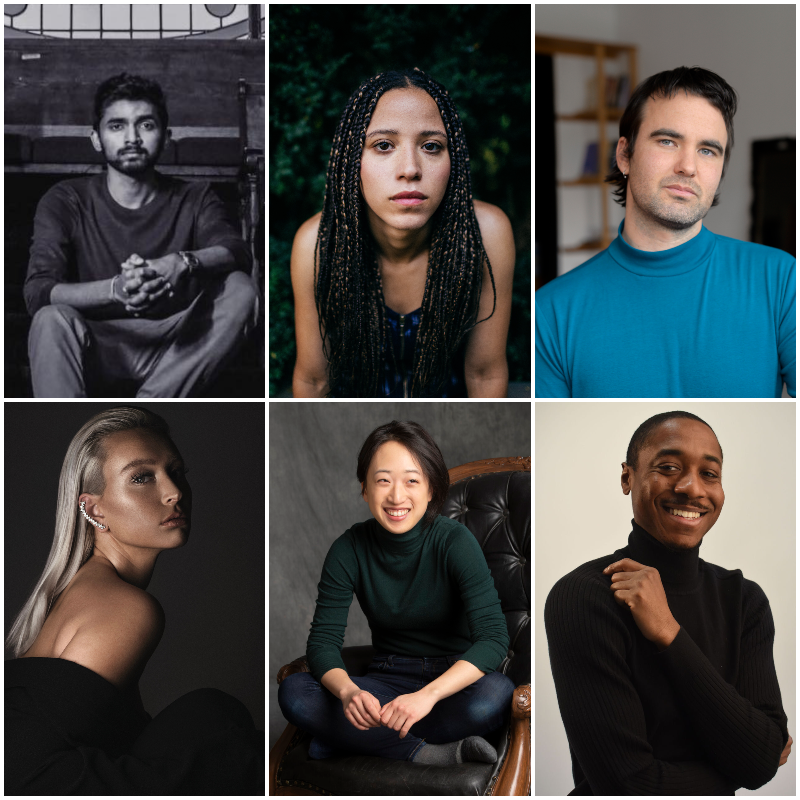 We asked the six 2021 residents + music creators: what specific piece of music set to picture has blown your mind recently, and why?

Called “a haunting artist to watch” by
Rolling Stone, Alexandra Petkovski is a prolific composer, producer, artist and musician from Toronto. With works heard across Billboard, Disney, Playstation, Blumhouse, Amazon Prime and Netflix, her artist project, FJØRA, has become widely known throughout film and TV. Alex’s coined genre “cinematronic” combines elements of electronic and cinematic styles. Alex is a strong standing member of the AWFC, WIFT-TO, SCGC, CARAS, and Friend of the GMS.

“In Law and Order: SVU season 13 episode 10, the use of “Honey Dove” by Lee Fields & The Expressions is an incredible reminder how a song can tell a story that has nothing to do with its original intention, yet everything to do with what’s happening on screen.”

Aubrey McGhee is a Toronto-based musician and composer who has been an active performer in the city over the last decade. Between touring the country from coast to coast with various acts and contributing to multiple projects, like “Anywhere But Here” by Tika, “Good Morning Hunter” by Odario, and “Need You” by HMLT, Aubrey hopes to continue to inspire and help other creatives tell their stories through art and dialogue.

“Emile Mosseri’s score for Minari caught me completely off guard, pulling me in like the tide and softly carrying me home.”

Deanna H. Choi creates original music, sonic environments, and sound reinforcement systems for the screen, stage, and interactive media. Formerly a researcher in behavioural neuroscience, she integrates principles of psychology into her work. Her scores for plays, musicals, and dance have taken her across Canada, and in 2020 she won the Pauline McGibbon Award. Deanna is a member of the Screen Composers’ Guild of Canada and SOCAN.

“A band named Mokadelic scored this Italian crime show called Gomorrah. I love how they employ low frequency rumbles and atonal sounds to heighten the volatility of character interactions. Their work is nearly imperceptible, until you realize you’ve been on the edge of your seat the whole time.”

Kaïa Kater is a Juno Award-nominated and Polaris Prize-longlisted songwriter of Grenadian-Canadian heritage. Her voice and deft songcraft have garnered acclaim from CBC, BBC Music and
Rolling Stone. Her recent film work has included a song placed on Global TV’s Mary Kills People, as well as music featured in the documentary Born in a Ballroom. Kaïa has toured internationally, including notable performances at NPR Tiny Desk Concerts and Carnegie Hall.

“I recently fell in love with Devonté Hyne’s score to We Are Who We Are. It’s this delicious stew of impressionistic piano and synth that manages to really elevate messy teenage angst on screen into something transcendent!”

Kalaisan Kalaichelvan is a Toronto-based pianist, composer, orchestrator and music producer. His music has been featured in films, dance and theatre. His compositions have been recognized for Best Music at the Santorini Film Festival and the Largo Film Awards and have been presented in celebrated public art festivals, such as Nuit Blanche TO. Having worked across various disciplines and communities of thought, Kalaisan seeks to bring together incongruous institutions to build novel structures that reflect his artistic upbringing.

“I think a lot about Colin Stetson’s score for Hereditary. The use of musical themes to foreshadow left me with goosebumps by the film’s end.”

Scott Harwood is a songwriter, composer and producer based in Toronto whose blend of classic musicality and forward-thinking production have made him a standout in the Toronto music scene. As Scott Hardware, he has released three full-length albums and toured internationally. Of his latest, Engel, Exclaim! says ‘[he] uses cinematic artistry to reflect on personal experience in songwriting and composure.’ Scott’s filmography includes scores for Nick Butler’s Common Dwelling and Maria Markina’s Musya.