Notes from Silicon Beach: View From the Television Academy

The finale of the biggest TV show in the world,
Game of Thrones, featured a dragon torching the Iron Throne and its heroes scattering across the known world — a metaphor many in the industry could apply to their own professional lives.

Studios and networks are girding for battle with new competitors — dragons such as Netflix, Amazon, Apple, Google and Facebook – and coping with what David Bloom
recently called “the biggest reset in Hollywood economics in at least 70 years.”

Not surprisingly, the impact of all this turmoil has reached the Television Academy, the major organization devoted to the television and broadband screen entertainment industry. With more than 24,000 members in
30 different categories, known as “peer groups” – from animators to writers and everything in between – its public face is the Emmy Awards, which it produces annually.

Leadership of the Academy took a strong turn towards digital by
appointing as its chairman and CEO, Frank Scherma, co-founder of Radical Media, a production company with digital and traditional credits. The Interactive Media Peer Group (IMPG) formed in 2000, at the height of the so-called dot-com bubble and in response to calls from activist-creators whom I have dubbed “interactivists” (sidebar: I was one of them). Since the group awarded the first Emmy to HBO’s miniseries Band of Brothers in 2002, the IMPG’s eligibility, awards and mission have been repeatedly updated to reflect the progress of different forms of digital and interactive media and the people who create them. 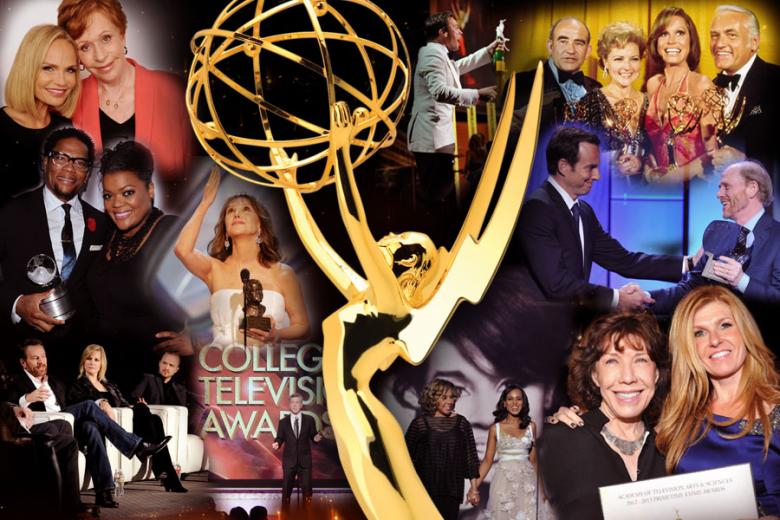 One of the fastest growing peer groups, IMPG’s 900+ members make it one of the Academy’s top three or four categories. (For a history of its early days, see my
blog post.) I interviewed the two elected governors, Lori H. Schwartz and Chris Thomes, just days before the group’s executive committee began its review of submissions to the five categories for which it can award Emmys, a seven-month process culminating in the IMPG’s Celebration of Excellence and the Emmys in September.

Both Schwartz and Thomes are veterans of the interactive business. Schwartz leads experiential marketing firm
StoryTech, which brings together storytellers and technologists and provides executive briefings a major trade shows. She is also a CNN technology contributor and former chief technology catalyst for McCann Worldgroup. Thomes is vice president of marketing strategy for ABC Studios, one of a number of senior roles at Disney-ABC he has held over the past decade, and has also been awarded two Emmys for his interactive and digital work for ABC.

The Place for Change

“This group
is change,” says Thomes, a member of the Academy for more than a decade. “Every few years something shifts in the industry, and we’re one of the peer groups most responsive to the industry. More than any other, the IMPG has expanded since its formation in 2000. It’s consistently shifted and re-evaluated its focus.”

“Our peer group in particular is the ‘new stuff’ peer group,” adds Schwartz, now in the second year of her second term as governor. “We’re the people who are always looking at how technology empowers storytelling. New platforms and new modalities for communicating a story to an audience – that’s who our people are.”

Thomes adds, “The people who belong in our peer group work on programming are those directly supporting the program itself through marketing and distribution. If they are doing platform development not tied to a specific program, they are not eligible for our particular group. Historically, engineers are not part of our group.”

The prominence of streaming companies continues to grow within the broader Academy, with an increasing number of Emmy nominations and wins going to digital companies like Netflix, Amazon and Hulu since 2013, when
House of Cards was the first.

These trends are driving the IMPG to consider a name change to reflect a new definition of its mission for change. The Academy is also likely to launch a separate peer group to serve as a home for technical and platform personnel. 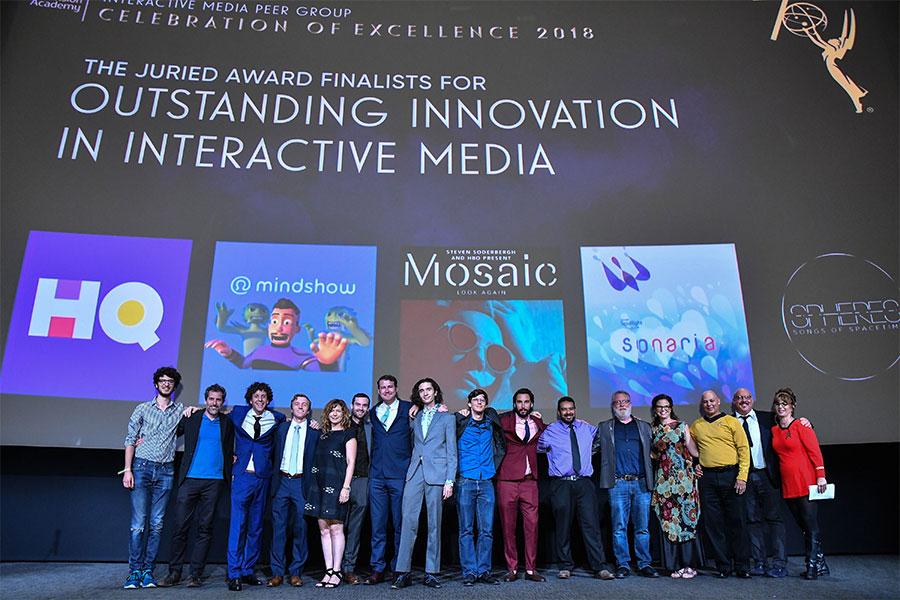 One sign of turmoil among the roughly half-million-member entertainment workforce in greater Los Angeles is that 4,000 jobs were lost as a result of the Disney-Fox deal, even as the new digital companies have been posting hundreds of jobs to fill their
new Hollywood facilities.

As digital native startups get digested in bigger companies, new realities are emerging. “Companies like Maker, Fullscreen and Machinima have been swallowed whole by their big-media counterparts,” noted Thomes, and “either disbanded or subsumed.” As a result, people who started out in digital may see their livelihood depend more on an ability to fit into larger corporate ecosystems. That is a challenge, as these ecosystems think differently, expect fast results, and use data to inform decisions. Having the brand police and legal departments slow innovation to a halt is challenging for those of us who want to challenge the status quo, iterate, and grow.”

“I think people are shocked by the size of these entities,” adds Schwartz, noting caution. “History has shown us that they cannot move at the pace they need when they are that big, and may wind up getting broken up anyway.”

The sheer size of these corporations, however, means continuing opportunity for startups – if they have a strategy that cedes distribution to the big players. “I think startups that focus on improving the consumer experience are going to have a huge opportunity,” speculates Thomes. “The consumer doesn’t just want to be heard. They want to be understood. They need a concierge, somebody who actually listens.”

Another area of intense startup activity that Schwartz sees is artificial intelligence (AI), which can help companies with their back office tasks and also improve the consumer’s personalized experience of media. “I’m seeing entrepreneurs who are going to market with practical solutions for real problems. It’s not like VR a few years ago, where people were nutty, crazy, and quitting their jobs to get into VR.”

Schwartz notes that while every company now generates massive amounts of data, most don’t know how to use it. “They read about AI, but don’t know to get started. If they aren’t actively engaged in developing a data strategy with AI, they are trying to figure it out, because they know they are sitting on great potential.” 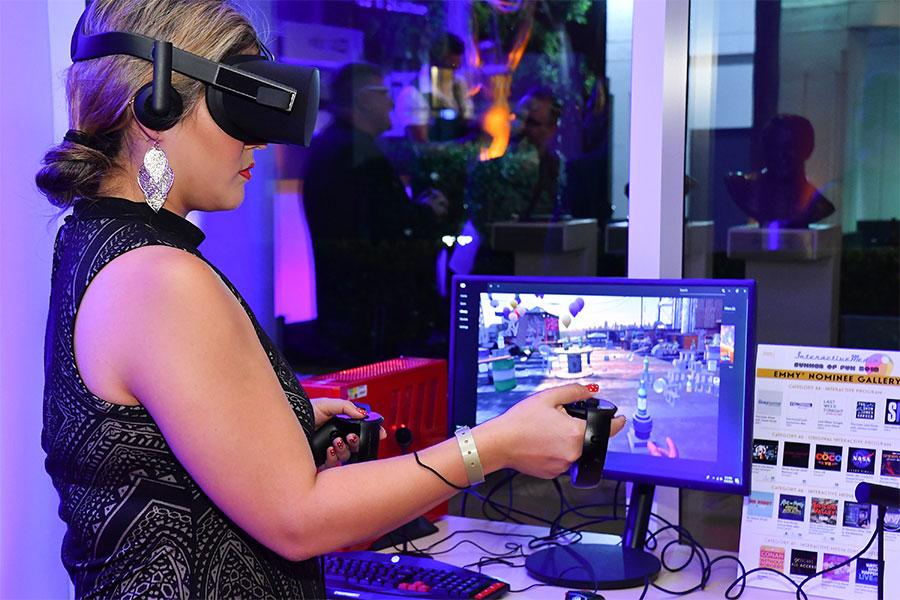 The Tsunami of Digital Media

Ultimately, the tsunami of digital media is driving change in both the industry and its organizations such as the Academy. “The big change came when senior management at the big networks created roles for digital strategists,” recalls Schwartz. “Suddenly there were people within these companies who ‘owned’ digital. They saw that audiences were going to their digital assets. They needed to be competitive and began investing more.”

“Plus, it’s the power of the consumer, the viewer at home,” adds Thomes. “Consumers have the ultimate power now. It started with the remote control, then DVR and VOD and now streaming, where they can watch anything anytime anywhere. Together with the amazing volume of content, the consumer control is driving a whole new paradigm for those of us working in the business.”

“Things really changed in the Academy as a whole when these companies began to monetize digital. So now, it is looking for us to help them understand what’s coming, because the speed of change is so fast, people are struggling to keep up. We’re playing this role of a guide now. It’s not just the headlines, which everyone reads. It’s how these shifts are going to impact people’s jobs, how they do their jobs, or whether they will even have a job,” notes Thomes.

“The Academy is a microcosm of the whole industry,” says Schwartz, “Its boardroom is a mini-version of what’s happening in our world.”

Go to the Television Academy’s webpage to learn how to become a member of the IMPG or any other peer group, here.

Nicholas DeMartino is a media and technology consultant based in Los Angeles. He is chair of the IDEABOOST Investment Advisor Group. Full disclosure: DeMartino has been an IMPG member since its founding and currently serves as an ex-officio member of the group’s executive committee.