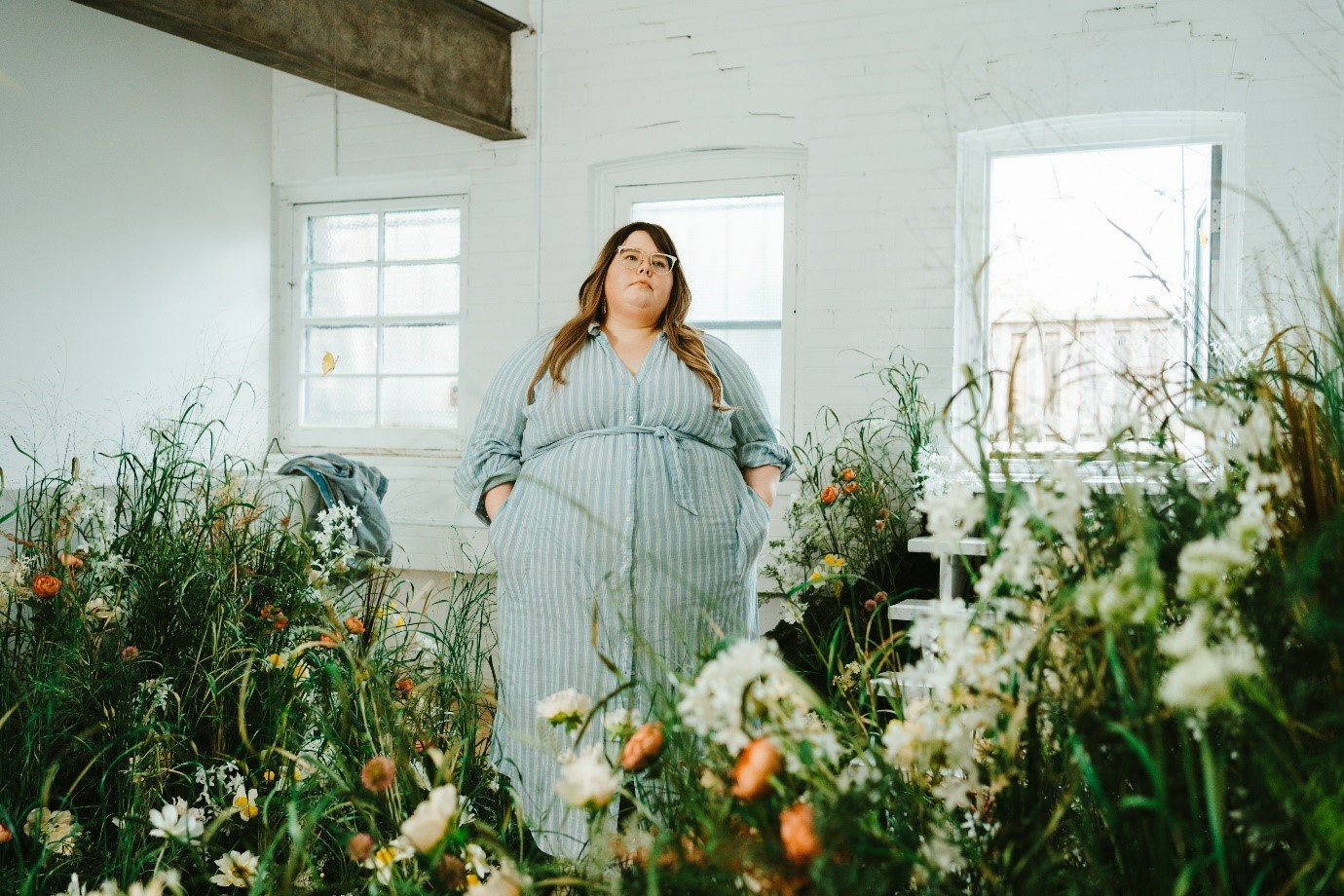 A people-first and feminist-led business, Lucky Ones – a media production company – strives to move away from traditional patriarchal and hyper-capitalist structures and instead lead with care and transparency.

Getting to the heart of a story is integral for every production company, but in a world that prioritizes growth and efficiency, what is often lost are the people creating that story. Lucky Ones aims to change all of that by being a media production company focused on prioritizing the wellbeing of their staff while also telling stories with heart and stories that give back. They always try to include an element of community building and aim to highlight women and marginalized people.

I sat with Cass Rudolph (she/her) founder of the company, who shared the ethos and vision behind Lucky Ones.

What’s at the heart of your story?

Part of building Lucky Ones was to circumvent the traditional career path. It was a conscious decision to grow slow and avoid the politics and dangers of male-dominated spaces. The initial vision was to stay small, maybe grow to a team of five. But after working as a production coordinator for a much bigger show, it’s made me realize that I actually want to grow to scale because there is such a need for people-first productions.

The truth is that I was sexually harassed out of a job. I started in the music industry where I was working in-house creating for a record label. It was an incredibly toxic work environment. I was then given an opportunity to work at an advertising agency with one other person. I was treated even worse than at the record label, and there was no one to talk to about what happened. There was no HR department to report what had happened to me. That was the last straw.

I decided to do it alone and do it better. I carved my own path and now I’m working on bigger projects that are much more rooted in who I am and what I believe in.

How do you do things differently?

With Lucky Ones, we prioritize people over schedules, over getting the best shot, over everything. For me, it’s about making sure that everyone working on a project with us is treated with equity and respect. I want to make sure that everyone can sit comfortably in their own values.

My company is small – it’s mostly just me until we’re ready to go to camera and ready to get on set. Staying small allows me the flexibility to make sure that people who are joining the team know what they’re in for. Letting people fully consent to what they are signing up for is so important to me.

I try to be as transparent as possible by sharing the scenes we’re going to shoot, the interview questions, the schedule for the project, the breakdown of where the money is going. We can all take care of each other if we know where things are going if we know schedules well in advance.

This transparency is integral to our culture at Lucky Ones. I want people to be able to come to me with any questions or comments. I want them to know I’m not running the show, I’m just guiding. What we’re doing is a team sport and I’m just shaping the pathway. From there, I encourage everyone’s input.

What are the challenges you’ve experienced in this industry?

It’s still very male-centric. There is a huge barrier to entry to secure bigger commercial clients. If you want to work on a big commercial or TV show, you’re going to run up against clients who want a guarantee of who’s going to be on set. Pitching the fact that we are a people-first production company can hurt us in a lot of ways because these clients want a super tight turn around, they’re reluctant to take a chance on a crew they haven’t worked with before, especially when the people you work with aren’t the people you typically see on set.

That’s the issue right now. We’ll put the representation on screen but when you go behind the scenes, it’s still very much status quo.

I read your equity and inclusion statement, and appreciated the recognition of representation both in front and behind the camera. Can you speak a little bit more to the importance of that?

I personally identify as being on the margins and so I know what it’s like to exist in environments where you’re not considered. For example, if you’re shooting a documentary and filming outside, most production companies would say that you need to hire people who are physically fit, or a Director of Photography who can lift 50 lbs. For me, you want to make concessions for people who are really good at their job. You want to give people opportunities to be good at their job.

If a good camera person can’t carry heavy equipment because they have a disability or are immune-compromised – especially now that we have COVID, many people have lower lung capacity – let’s just hire someone who can carry that stuff.

You identify as ‘being on the margins,’ can you share your social location and how that has informed your commitment to equity and inclusion?

I’m neurodivergent. I have Complex Post-Traumatic Stress Disorder (CPTSD). I also exist in a fat body.

I started my career in the music industry, I also do photography. These are industries that are super adverse to fat people enjoying anything. This is where I’m coming from. I’m used to being the person who is not necessarily considered for a lot of opportunities, like being a camera person or taking part in projects where there is a lot of travel involved. I want people to know that regardless of what other barriers they may have faced in other companies, that won’t be an issue with Lucky Ones. We can make it work.

What does the future look like for Lucky Ones?

We want to move into additional language markets like French and Korean. I’ve always had an interest in language learning. I grew up in French immersion and in high school, I learned Spanish and still carry that. For the last five years, I’ve been learning Korean and for me, it just adds to the richness of the stories I can tell.

To be able to communicate directly, even if just a little bit, can put people at ease. It also allows me to hire people from different countries and integrate them into the production of the project without having them feel othered. I would love to be able to travel and tell as many stories in as many languages as possible.

At a time when we are inundated with headlines about ‘The Great Resignation,’ ‘Quiet Quitting’, burnout, and the push for unionization, it’s rare and refreshing to meet business leaders who are prioritizing the needs and well-being of their staff. Leading with care and transparency is a much needed and radical rebuilding of the systems that no longer serve us.

Cass Rudolph’s model at Lucky Ones is one I hope we see much more of in the years to come.