Since the economic crisis of 2008, 275 local news outlets – including daily, weekly, free, paid, and community newspapers – have closed down across Canada. With investigative journalistic outlets disappearing entirely from most small towns, and layoffs and closures diminishing writing and editorial staff in larger centres, it has become harder for Canadians to stay connected to what’s happening in their communities.

Having fewer reporters “on the ground” outside of big cities results in less meaningful coverage of local issues. Many writers today must not only report on multiple stories, but also take photos, create news briefs, and even produce videos – all in a day’s work.

Journalist and IDEABOOST alumna Erin Millar was dealing with similar demands, and was tired of the endless drive to produce “viral” content, when she and two writer friends hatched the idea for The Discourse.

“We were experienced journalists frustrated with where the Canadian journalism industry was headed,” shared Millar. “ We wanted to report stories that had a positive impact, but we were too often cranking out shallow news just to drive clicks.”

Millar says what was missing was obvious; what was not then apparent was the solution. “We saw that mainstream media lacked diversity and was failing to represent so many people, leaving big gaps in coverage — but we didn’t feel like we could fix that.” 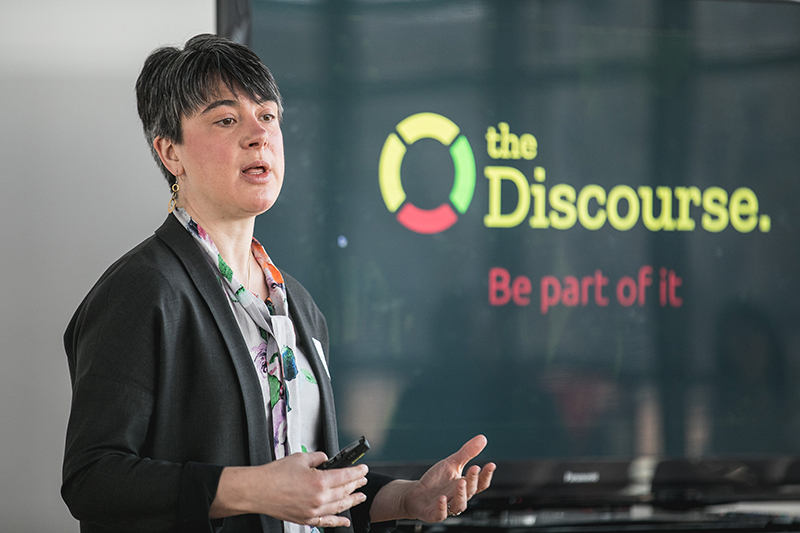 But fix it they have. Discourse is more than a digital news media company. It is a community-powered platform whereby writers actually collaborate with the audiences they serve to produce news that matters to those communities. Through partnerships with other media outlets and organizations, the network of writers is able to share resources, data and stories. The Discourse is also committed to transparency, and makes its investigative research available to the public whenever possible.

Instead, The Discourse was originally built by friends, family, and partners whose values aligned with their journalistic vision – one that privileges diverse perspectives, is driven by the pursuit of truth, and creates positive change in underrepresented communities.

“We pride ourselves on being lean and scrappy … and coming up with creative solutions to the many challenges we’ve faced. But it’s been hard. We’ve learned a lot about the barriers that prevent journalists from launching new outlets. And we know that a lot of would-be journalism founders can’t take the financial risks we did.”

As Millar sees it, the future of the Canadian journalistic and media ecosystem depends on it being host to a diversity of voices. In 2018, The Discourse published its own study on the “health” of Canada’s media, with a focus on those that have stepped up to fill the gap left by the closure of so many outlets in the previous decade. It’s encouraging that, according to the report, 93 new (mainly digital) news enterprises have been launched. However, the report also details that amongst these news entrepreneurs, women and people of colour are still notably underrepresented. 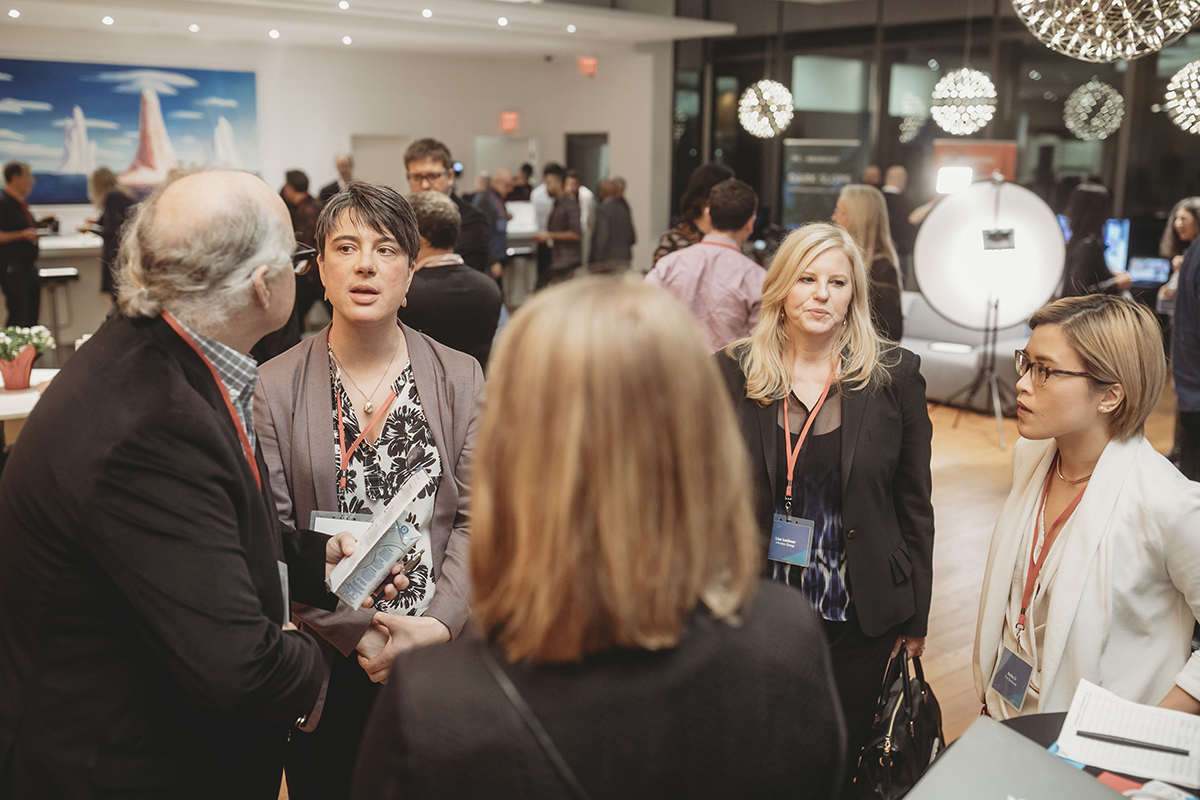 That realization helped spur the launch of The Discourse’s newest project: the Independent News Challenge. With support from The Facebook Journalism Project and Inspirit Media, its goal is to seek out independent journalists who currently find themselves in the same position the founders were in six years ago: people with stories to tell, who know how to tell them, but don’t know how to get off the ground from a business standpoint. Millar is excited to share what she and her partners have learned through their years of experience starting an independent media company, as well as the knowledge they’ve gained from their mentors along the way.

“[When we started The Discourse,] we knew journalism. But we didn’t know the journalism business. By that, I mean more than how to file our corporate taxes. We didn’t know how to build an audience. Or get funding to build a website or pay journalists. Or make money from our stories. If only we knew then what we know now.”

“For Canada to see a more diverse ecosystem of independent media serving communities, the bar to entry must be lowered. Through the Independent News Challenge, we’ll help others access resources they need to launch and grow, avoid mistakes by learning from others, and generate more funding from their journalism faster.”

Millar doesn’t know exactly who they’re seeking through this first Challenge, and says that’s one of their motives behind launching the project: to find out who’s out there. Applicants could be anyone from “a journalist with an idea for a project or new outlet who doesn’t know where to start, to a a small publisher filling a gap in coverage who feels like they’re not realizing their full potential.”

Ideally, she says, they’d hear from people in remote communities who are poorly serviced by contemporary media offerings. Even today, Canada’s newsrooms are disproportionately male and white, so attracting writers who identify as female and as people of colour is also an outcome they hope for. 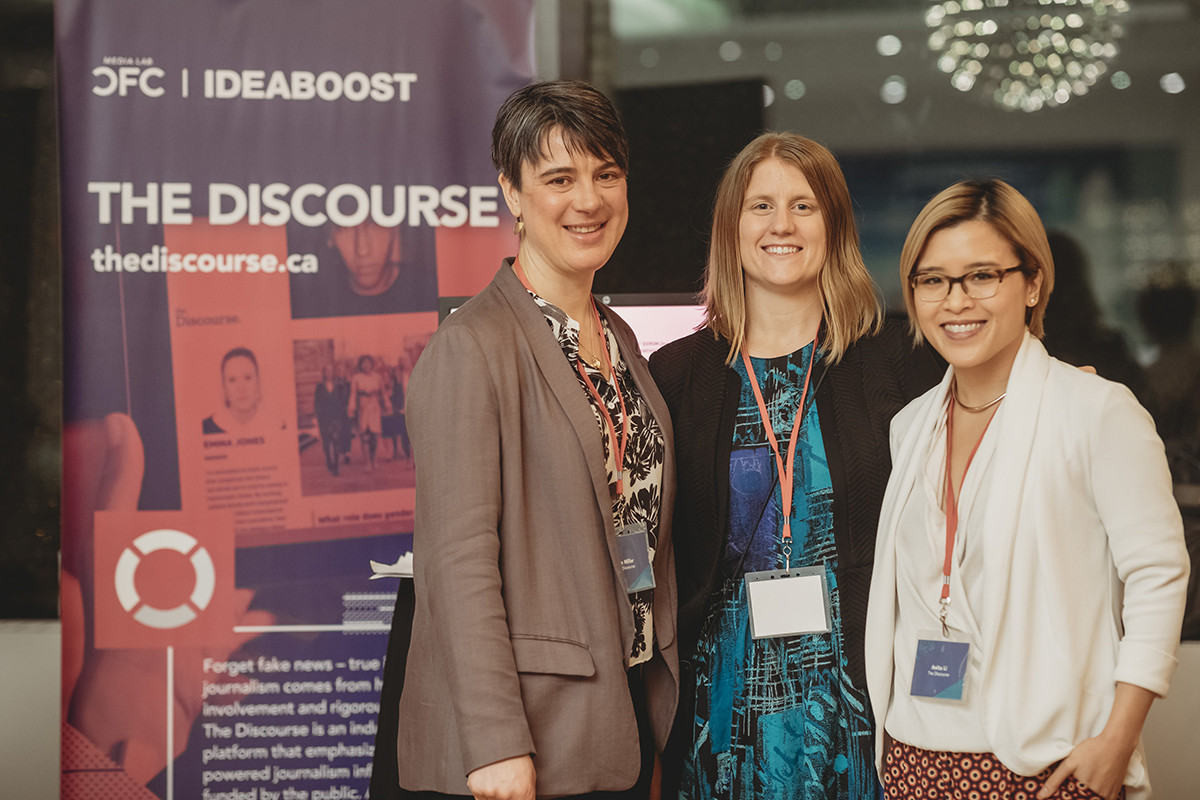 Response to the challenge has been very positive so far, and Millar says they’re already entertaining numerous proposals – but they’re still eager to hear from as many applicants as possible, and particularly from journalists and founders from racialized or Indigenous communities.

Millar is keen to emphasize that applications need not be sophisticated or lengthy, and they can be submitted right through today for the first session. She’s confident that participants will take away invaluable insights from the experience, and teases a who’s who of industry leaders and mentors that her younger self would have envied.

“In a nine-week sprint, we will share what we’ve learned, mobilize our resources, and roll up our sleeves to help entrepreneur journalists and small publishers grow their audiences and funding faster. This is what we wish we had access to when we started The Discourse six years ago.”

Click here to apply to the Independent Media Challenge today.