From Cinephile Shindig to Entertainment Industry Soiree: A Brief History of the CFC Annual Garden Party

In light of the global pandemic and the restrictions placed by our federal and provincial governments, we will not be hosting our CFC Annual Garden Party for 2020. The health and safety of our community of donors, volunteers, sponsors, alumni, mentors, residents and staff is of the utmost importance to us and we hope to welcome you back to our beautiful grounds in the future when it is safe to do so. In the meantime, the following offers a brief history of the Garden Party and the remarkable donors it honours.

In its infancy in the late 1980s, the CFC was not yet the Canadian Film Centre. Rather, it was the Canadian Centre for Advanced Film Studies – a dream come to life through the hard work, dedicatio and vision of lauded filmmaker, Norman Jewison. His passion for Canadian cinema was infectious, bringing together a motley crew of talented and tenacious individuals determined to transform the historical residence of magnate E.P. Taylor into a home for emerging filmmakers. 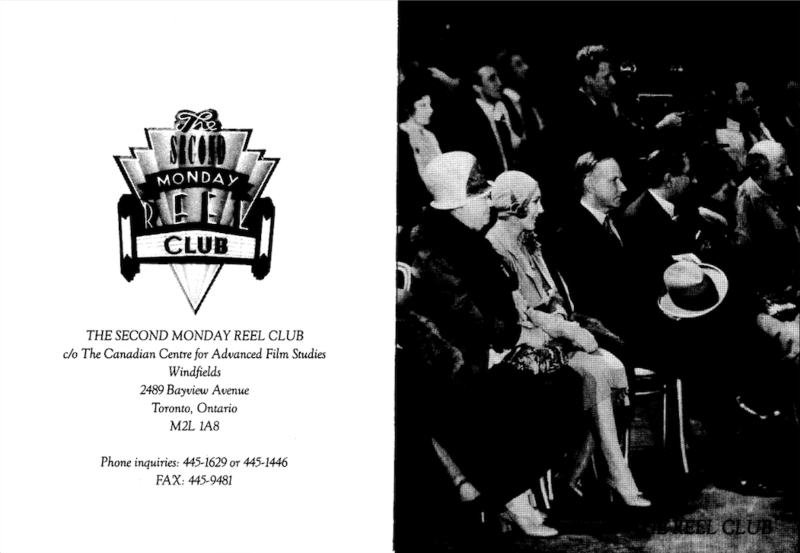 Not satisfied to only share his love of cinema with the film program’s residents, Jewison enlisted the help of then Cineplex Odeon boss, Garth Drabinksy, to envision a way in which to reach Canada’s remarkable community of philanthropically minded cinephiles. Inspired by the film clubs founded during the golden age of Hollywood, the Second Monday Reel Club was born. 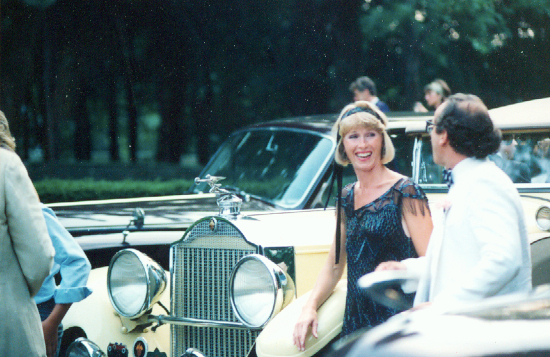 On August 8th, 1988 (8/8/88), the birth of the Reel Club was celebrated with an equally momentous occasion. The Garden Party started as a Great Gatsby theme party, embracing the luxury and spectacle of the Roaring Twenties. CFC pulled out all the stops – the soiree featured vintage roadsters from the Ontario Car Society, live jazz music, and even a Charleston contest. An utter success; hundreds flocked to join the Reel Club that year. 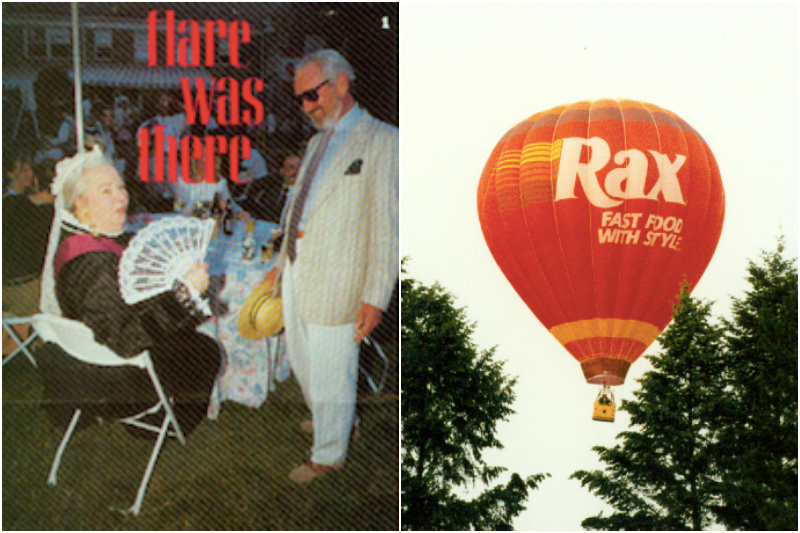 Norman Jewison with Barbara Hamilton dressed as Queen Victoria (left); Elvis coming in for a landing at CFC’s ‘50s party.

With the popularity of the Great Gatsby event, the CFC continued its whimsical themes for its Reel Club patrons: in 1989, the ’50s themed shindig featured “Elvis” arriving in a hot air balloon; a royal ascot harkened back to Windfield’s campus history in horse racing; and the Victoria Garden Party was hosted by actress Barbara Hamilton, who held court with her remarkable resemblance to her majesty.

Over the last three decades, the CFC has evolved into one of Canada’s leading and renowned cultural institutions – one that helps launch the careers of talented Canadians in the screen-based industry. So too has the Reel Club grown and changed with the times, evolving from the First Monday Reel Club, to the Reel Club Insiders, to the CFC Insiders, and finally to its latest iteration, the CFC Circle of Supporters. The Garden Party has also developed into a more intimate social gathering, welcoming friends like Business for the Arts and sponsors like Netflix to come celebrate the wonderful community of individuals and organizations that support the CFC. Nowadays, we leave it to our incredible gardens to provide the flare and panache to our parties, but we have been known to invite a horse or two to more recent events.

While the CFC and our Garden Party have transformed over the years, one thing remains unchanged: our incredible supporters. Donors who signed up in August ’88 are still supporting the CFC’s good work to this day. They are in good company among the other remarkable individuals who donate on an annual basis to the CFC Circle of Supporters. Without their kindness and generosity, as well as the contributions of our corporate partners, CFC simply would not be able to continue its invaluable work.

Stay safe and be well. We look forward to seeing you at Windfields Estate next year.

Special thanks to Ellen “Pennie” Nichols – without her wonderful account of the early days at the CFC, this could not have been written.

Thank you to our Circle of Supporters

The full list of this group of philanthropic individuals can be found here.

Thank You to Our 2019 Garden Party Sponsors

Thank you to our generous Garden Party sponsors for their ongoing support. We look forward to celebrating with you next year.

Thank you to our volunteers

Our dedicated volunteers help make our events, like the CFC Annual Garden Party, possible time and time again. Thank you for your hard work and commitment to the CFC.