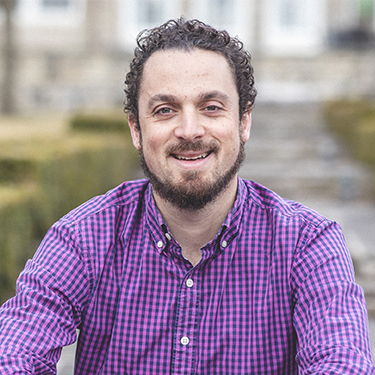 Creating memorable moments for people has been Jonah Brotman’s life mission, whether through organizing global travel to more than 20 countries with Operation Groundswell, running memorable events as CEO and co-founder of Toronto’s House of VR, or as business director of IDEABOOST Accelerator Cohort 8 company Mondo Forma, whose flagship product, The Funhouse, opens in Toronto on Saturday, June 1.

Brotman’s vision for The Funhouse is to change the way art and tech interact in the twenty-first century. The Funhouse will be an immersive art experience that welcomes guests to a multilevel, choose-your-own-adventure art maze. In partnership with Universal Music Canada, Mondo Forma has assembled Canada’s brightest minds in visual arts and technology to transform a former Buddhist temple on Queen Street West into a multisensory adventure world, one in which guests can interact with digital tech and play inside an art-filled funhouse. Each installation within The Funhouse is co-created by a local Toronto artist, and builds a larger narrative for the overall experience.

Meet Brotman below and hear more about his passion for generating collective experiences, how the IDEABOOST-Network Connect community has helped shape his vision, and why he admires The Wealthy Barber, a former investor of his from Dragon’s Den.

You have had quite a varied career. How long have you been interested in creating worlds?

It’s funny you say that, because our slogan for Mondo Forma is “We create worlds.” When I was 20, my first company was Operation Groundswell, which focused on “backpacking with a purpose,” service learning and ethical travel. Our first program was to Ghana in 2007. With positive feedback from that, we expanded into Southeast Asia and the Middle East. Now we’re running programs in more than 20 countries for hundreds of people per year, and it is incredibly rewarding to know that we are changing the lives of several thousand travellers and community partners on the ground.

In all of my work, I seek to create captivating, memorable moments for people. New experiences are what I’m passionate about, and what people crave.

How did you move from Operation Groundswell to House of VR to Monda Forma and The Funhouse now?

I live by the motto, “You can only connect the dots of life by looking backwards.” As such, I have only recently begun to understand that experience design has been at the core of all of my successful businesses. I never would have imagined that my career would span international travel, cutting-edge technology and immersive art, but I’m proud that my entrepreneurial journey has allowed me to follow my passions to create memorable experiences for others.

What was the inspiration for The Funhouse?

At Monda Forma, we aim to change the way people interact with the world, by creating immersion in all the senses. When we read the news these days, it often paints a dreary picture. So we felt it was important to create a sense of escapism – and what better way than an adult funhouse to inspire a childlike sense of play. I don’t know exactly how we landed on all the elements, but given that we have such a large team, the creative juices have been flowing for almost two years. It’s been a real grassroots, collaborative, communal effort. Everyone involved helped shape it into something greater than the sum of its parts.

With a crew of 33 artists, 10 digital tech creatives and 15 production people, of which 80 per cent is female, I am proud of and constantly learning from the many diverse voices.

Many of us are big fans of large-scale events like Nuit Blanche and Burning Man. Probably the closest similar experience to what we’re cooking up at the Funhouse is Meow Wolf in Santa Fe, New Mexico. Our whole team went down last February and we were blown away by the size and scope (I wish we had a 75,000 square foot bowling alley like the one in suburban Santa Fe!). With The Funhouse, we wanted to move past looking at art on a wall and bring it to life in a way that younger generations can enjoy. 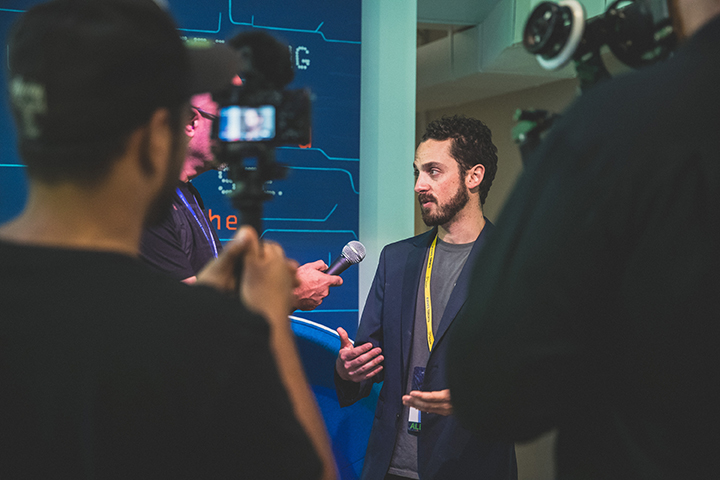 Describe where the Funhouse is and what the experience will be like?

The Funhouse is located in Toronto, in the the heart of Queen West at 101 Lisgar Street, right around the corner from the Drake Hotel. When guests walk up to the building, they will immediately see the vibrant Art Deco mural on the outside. Upon entering, a surrealist Wes Anderson-styled hotel lobby awaits. Guests will choose between two doors, the elevator and the Narnia wardrobe. From there, guests will descend down the rabbit hole and encounter more than 15 unique inter-dimensional worlds across two floors of an art maze. The final “wow” moment will happen as guests ascend to the Underwater Ballroom on the third floor. Being surrounded by projection-mapped fish, blacklight coral and calming surround-sound music, guests will leave The Funhouse with an overwhelming sense of wonder and magic.

How has your connection with CFC Network Connect and now, as part of the new Cohort 8, IDEABOOST Accelerator benefited your work?

My experience with the CFC has been really positive. It’s opened a lot of doors for us and led us to new business relationships. As House of VR, we joined Network Connect. We become a central hub in the VR/AR ecosystem of Toronto. We also hosted several CFC Media Lab events, including the AR/VR stream for the Elevate Toronto conference in September 2017. Each event brought a slightly different crowd, so given that part of our mission has been to help build the VR/AR ecosystem, we share that with CFC Media Lab. It has been a mutually beneficial arrangement.

We are slightly different from a lot of IDEABOOST-Network Connect companies because most are startups laser-focused on products, but we are launching a location-based entertainment centre. Despite the different business model, our experience has been awesome, with lots of really interesting people and support in the network. Accessing this network has been a key value of working with the CFC.

I would be remiss not to mention IDEABOOST’s managing director and CFC Media Lab’s director Ana Serrano, someone that the entire team from Mondo Forma/House of VR admires. She is a powerhouse. Our team is mostly female, and we think it’s great to see a woman in these leadership positions.

Who else has been an influential or inspirational figure in your journey?

The first person who comes to mind is Dave Chilton, The Wealthy Barber from Dragon’s Den, who funded one of my past companies, Stashbelt. We produced hidden zipper leather money-belts as a social enterprise in Kenya. Dave was great in that he had achieved success, but was also incredibly giving of his time and energy. He supported us and helped us grow to a level we had not thought possible. What was most memorable about him was his ability to jump in and connect with us on our level and be supportive. That’s framed a lot of my desire to work with startups, mentoring and giving them advice, which is something I will continue to do. 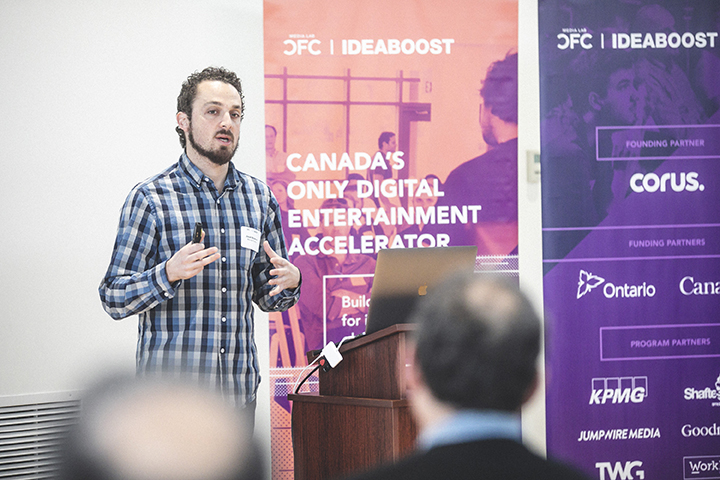