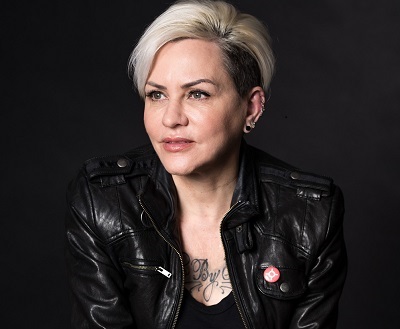 Petra Kassun-Mutch is the Executive Entrepreneur-in-Residence of CFC Media Lab’s new Fifth Wave Initiative, a suite of programs and services designed to accelerate and sustain the growth of women-owned/led enterprises in southern Ontario’s digital media sector.In a wide-ranging conversation, Petra recently spoke with us about her near-lifelong journey as both a feminist and a female entrepreneur, and how that journey helped inspire the Fifth Wave Initiative.

Q: How did you first become interested in entrepreneurship?

A: I left home at 17 to attend Carleton University – I wanted to become a journalist. I had a job waitressing to make money for school, but I hated it. So one summer I started a cleaning company with friends. At the end of the summer I audaciously tried to sell the company – my three-month-old company – by putting it in the paper (laughs).

A business exec saw the ad and decided to meet with me and my friends. He took a liking to us; he and his wife thought we were hysterical for trying to sell a business that was only three months old. The “business” was just a scribbler with the names of our clients, and a ring with housekeys. But it was making money. He said, “I’ll buy your business, but I’m going to help you grow it. You have to stay in the business.”

I finished my degree part time, while he taught me everything I know about business. This mentor just showed up out of nowhere. I didn’t have a father figure in my life, so he and his wife were just amazing. We grew the business, and I learned so much about marketing and finance – not from university (laughs). After I graduated, we sold the company. I walked away with $18,000 in my pocket, which was amazing. I paid off my student loans. So that was necessity entrepreneurship. It was about economic resilience and survival. It wasn’t about “follow your passion” or anything like that. But I learned a lot.

Q: Do you think that early experience shaped your approach to entrepreneurship today?

A: For sure. I did all the hiring for that business, and the women I worked with were marginalized women. [In cleaning work], that’s often who applies for jobs. Many were from marginalized racial groups, and some women were in abusive domestic situations. These women had tough lives, with real challenges. And I learned how powerful business could be in transforming lives. 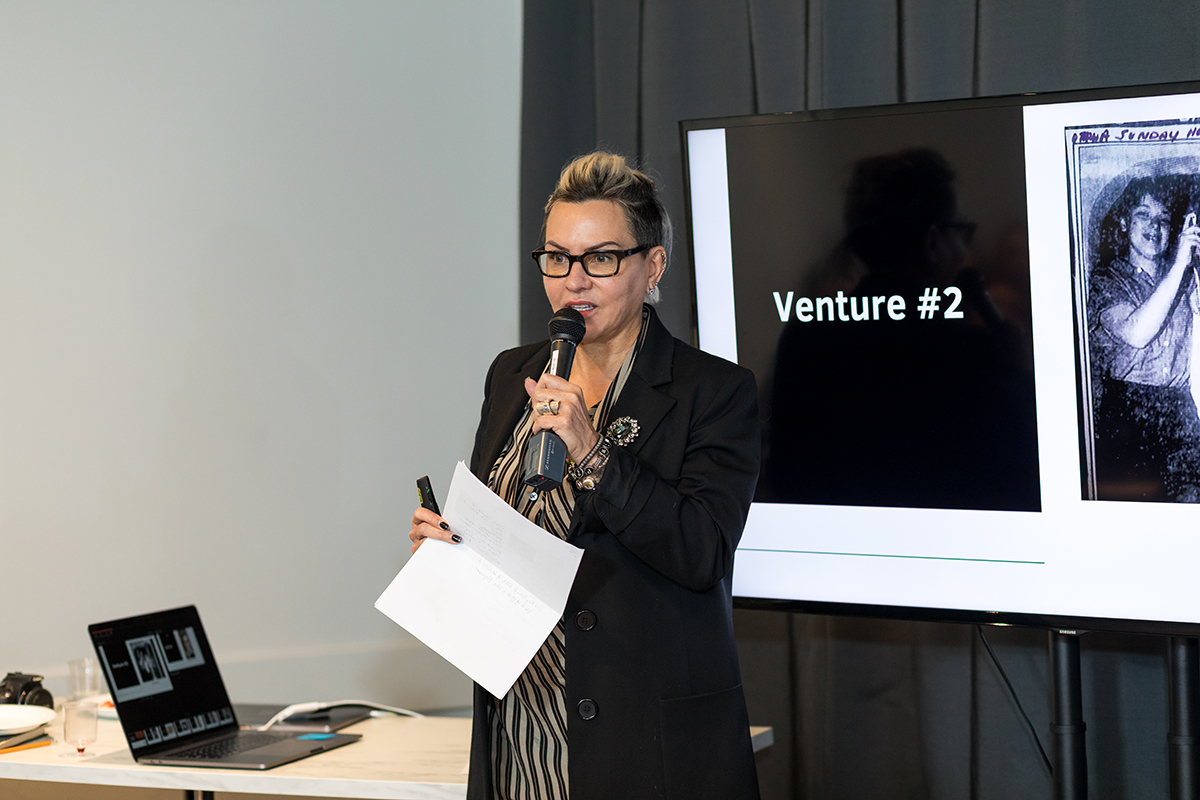 Q: So what was your next venture?

A: I moved to Toronto. I became a textbook sales rep, which was not a sexy job. And of course it was way beneath me since I had been the
President of my own company (laughs). But I had no money left after the 18 thousand was gone, so I took the job with Nelson Canada, and I had to learn all that sales stuff. I listened to Tony Robbins tapes while driving around Northern Ontario, because there is nothing up there (laughs). But I really wanted to succeed. I managed to do well in the publishing business. I ended up as President of McGraw Hill Education at 35. Before that, I’d been at John Wiley and Sons as an Acquisitions Editor, then VP of sales there, so I had a really great, fast corporate climb.

A: In publishing, I was very lucky from a “female experience” point of view. I had some really good female sponsors and bosses, who helped pay for my MBA, among other things. I worked for three or four different companies. But every two years or so, I would start getting bored, and thinking, “I want to start another business.” I would be just about to leave, and they’d say, “No wait, we have a new job for you.” They kept making it interesting for me to stay, which meant my entrepreneurial interests were satisfied. I was always doing something new.

Then, at 38, I got married and had a baby. I was President at McGraw Hill at that time, so I travelled three weeks out of every month. I had a big job. I tried the nanny thing, but after three months of trying to bring my daughter and the nanny on the road to every meeting, I just thought, “This is nuts. What am I doing?”

Q: How did you end up going from the boardroom to the dairy business?

A: We bought three acres and a trailer in Prince Edward County. I met with the local Economic Development Officer, and asked what I could do to contribute to the County. He mentioned that they used to have a lot of cheesemakers, but there was only one left. They needed more – because they had 38 wineries! So that was really the start of the dairy business.

I thought, “How hard can this be?” Turns out it was pretty hard (laughs). I set out on learning about the industry, making connections, taking courses at [the University of] Guelph and at the University of Vermont. I became a Certified Artisan Cheesemaker. I bought land and got it rezoned, and I pulled the plans and funding together to build the greenest dairy in the world.

We won a bunch of awards, including the Premier’s Award for Agri-Food Innovation Excellence. I loved it because I could take my daughter with me everywhere. She came to the farms, I’d sit her in her baby seat during meetings. As she got older, she would bag cheese in the store on Saturdays. I just integrated her into everything I was doing.

My husband still worked in Toronto, and one weekend he came home and said, “Honey, I want a divorce,” I couldn’t believe it. We had started this business and it was taking off! I was fine with the marriage ending; we hardly saw each other, and it was no surprise that he found somebody in Toronto. I wanted to stay and run the dairy in the country, and have our daughter stay with me there. Unfortunately, my husband wouldn’t agree to that, and he gave me one year to buy out his part of the dairy. My daughter and I had to return to Toronto. 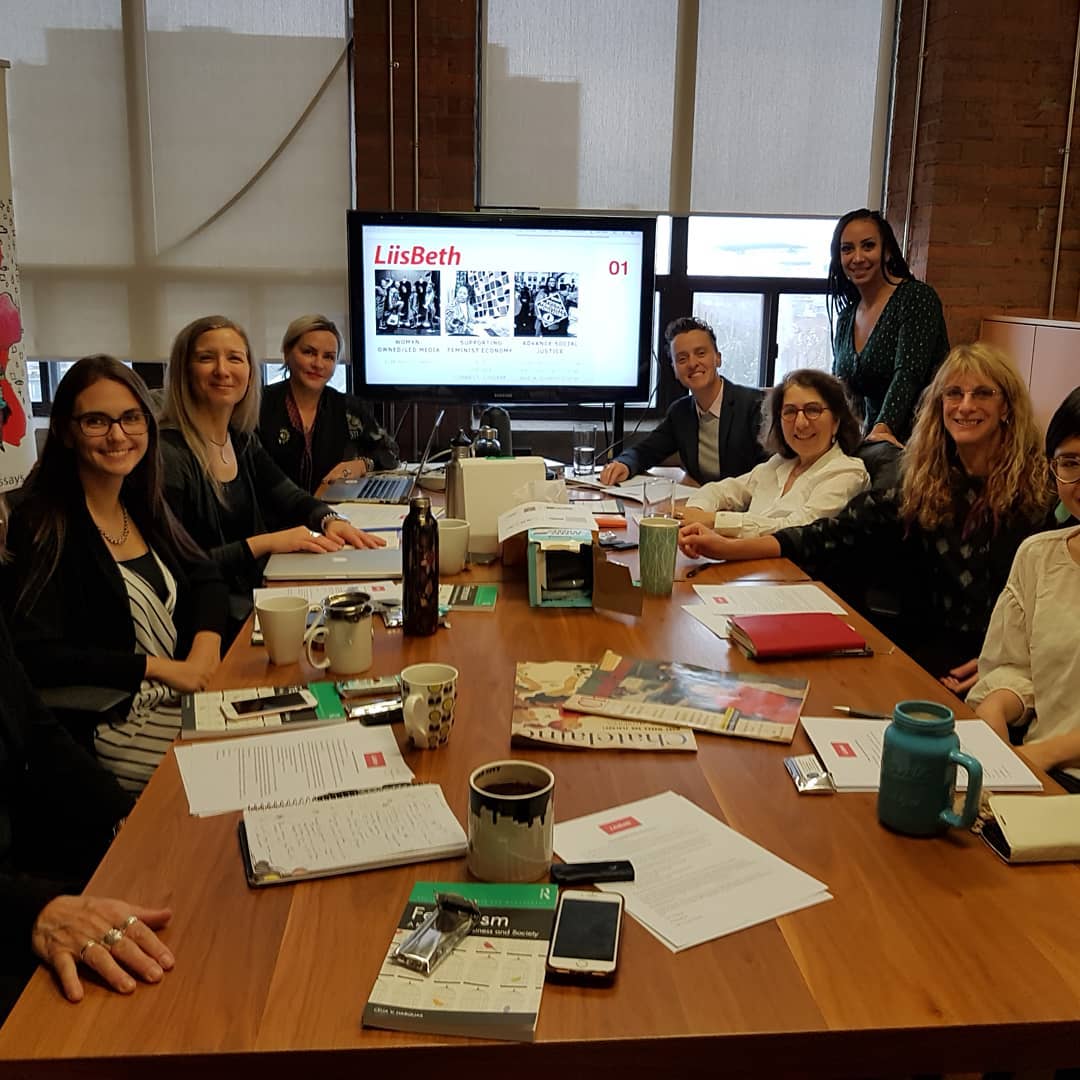 Q: How did you come back from a loss like that?

A: I came back with my rubber boots and tried to figure out what I could do here. You can’t make artisan cheese in Toronto. I had to do a lot of soul searching. I became an Entrepreneur-in-Residence at the University of Guelph for a time, and then I got a job at OCAD running their accelerator program. That’s where
Eve-Volution started. The focus was to help incubators and accelerators advance from a gender standpoint; to be more inclusive and diverse in their programming.

Then I started
Liisbeth, the magazine, out of Eve-Volution. I was tired of hearing and reading stories about what women entrepreneurs were “about.” None of those stories resonated with me. They tended to be celebrity-ized, highly privileged white women. I’m a privileged white woman too, but I was in the country. I wasn’t running a dairy in Louboutin heels.

Q: How did the idea for the Fifth Wave Initiative come out of your experiences both as an entrepreneur and in the workplace?

A: I’ve really had the opportunity to sink into the question: what is women’s entrepreneurship? I’ve spent a lot of time examining the practices, assumptions, and approaches that we need to dismantle in order to create a truly feminist accelerator. Most accelerator programs talk about acceleration in relation to getting funding from venture capitalists, or getting a big loan. It’s not for every entrepreneur, it’s a very tiny, select approach to funding your business, directed towards extreme growth.

We need to reframe how people are building businesses, and the tools that are out there [to help build businesses]. Feminists have been good at figuring out how to do stuff outside the patriarchy for 100 years or more. They have invested a lot in – and perfected to some extent – understanding what it means to lead non-hierarchically, or how to distribute the proceeds of a business that does well, in an equitable way. There are so many ways we can be doing this.

Q: Who would you love to see apply to the first Fifth Wave cohort?

A: Women who are really interested in entrepreneurship. Not just as something they do, but as an important space that needs to be advanced and furthered for the benefit of all women, and future women – their daughters, and the generations to come. We want to attract women who are not only interested in themselves and their businesses, but who want to think about the broader impact. Even if their own business product doesn’t have a social dimension to it – they could be making a video game – that’s what we hope to see in their approach.