​Earth Day is Every Day for these Fifth Wavers

When most people think of digital media, they’re probably not thinking of ways in which this rapidly expanding sector – and its many platforms – is doing work that benefits life on our planet. But CFC Media Lab’s newest business accelerator, the
Fifth Wave Initiative, proudly supports company founders who are doing just that. For Earth Day 2021, the CFC spoke to two companies in the current cohort about their journeys into eco-entrepreneurship. 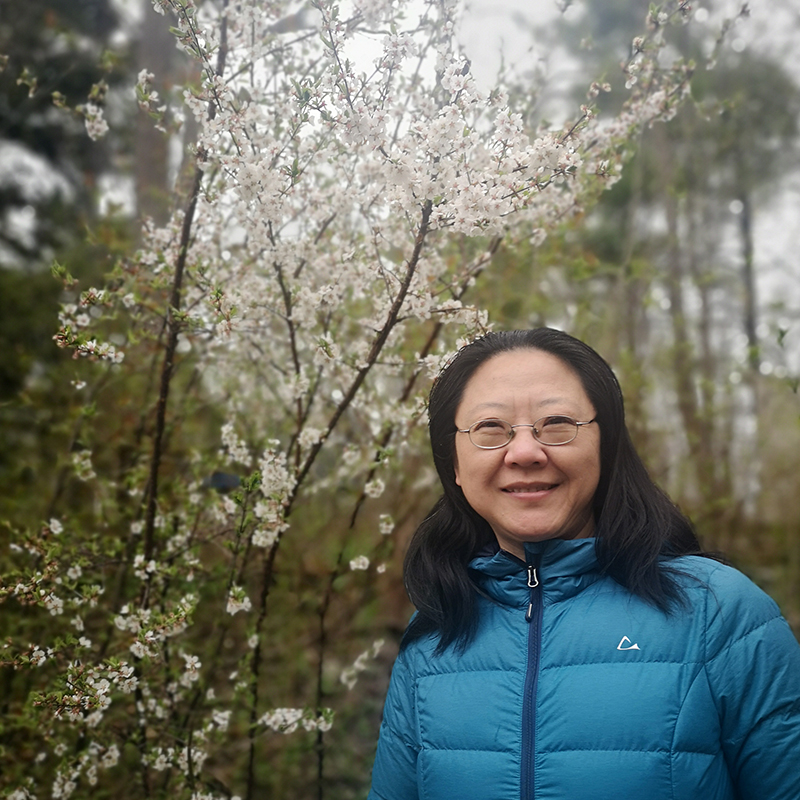 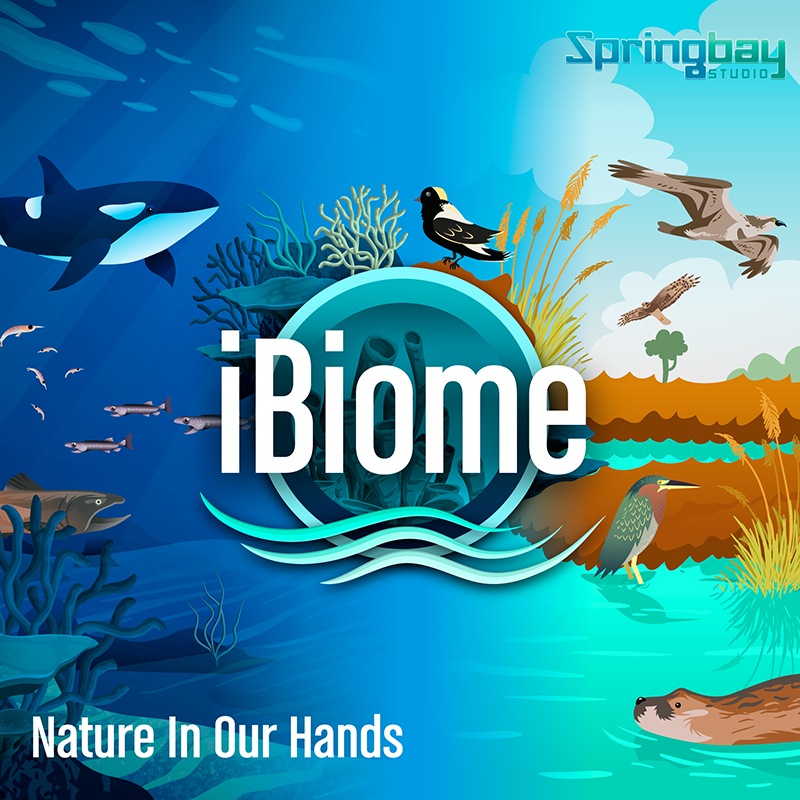 Jane Ji, the founder of Springbay Studio, began her digital media career in the video game industry. She’s worked in the world of high-tech since 1994, but a few years ago, she experienced an “aha!” moment while designing a gardening game for Facebook.

“At that time, I was trying to simulate some different ecologies in this little virtual garden, doing research for that. I was already connected with the issue from learning about [the plight of] the pollinators. I was paying attention to David Suzuki, environmental organizations, and then the
IPCC report was issued – and I felt totally overwhelmed. I worried so much about the future, and my children. So as a mother – I am that type of mother – I had to step in to do something.”

She committed to solely creating games about climate change, nature, and the environment from that point onward. Says Ji, “I wanted to do what I could as a professional. I’ve been in the video game industry for over 20 years. So the best way I can combat climate change [is by] making games that help children learn about it, and take action.”

Springbay Studio has released a successful series of games for iOS devices called
iBiome. Each takes players on a journey through a different virtual habitat, inviting children to build an ecosystem. Along the way, they learn about interconnected species in Wetland, Artic and Ocean environments. The newest iBiome game, Changing Ice, focuses on glacier and ice sheet loss, and enables players to set their goals to reduce greenhouse emissions, including food choices, transportations, and recycling. Ji says she would love to see other studios and developers join Springbay in using the power of games to make environmental change.

“I definitely wish more companies would jump in. In fact, the United Nations has a program called
Playing for the Planet. This initiative promotes gaming companies who are actively reducing their greenhouse gas emissions. They also host the Green Mobile Game Jams, which will hopefully get more game world professionals connected with this issue, realizing what a powerful media we are dealing with in terms of the video games.”

Springbay’s latest project, The League for Green Leaders, is not a video game, Ji is quick to point out: rather, it is a “
gamified experience. It’s a competition based in real actions you’re taking in the real world, competing with other kids,” she explains, although the delivery platform is digital. Right now, it’s geared towards kids aged 8-14, because “they’re interested in everything,” Ji laughs. There are plans to expand into older age groups in the future. In one of her favourite elements of the offline competition, children go outside and find the biggest tree in their neighbourhood. They measure them, and use online tools to calculate the CO2 stored in those trees. 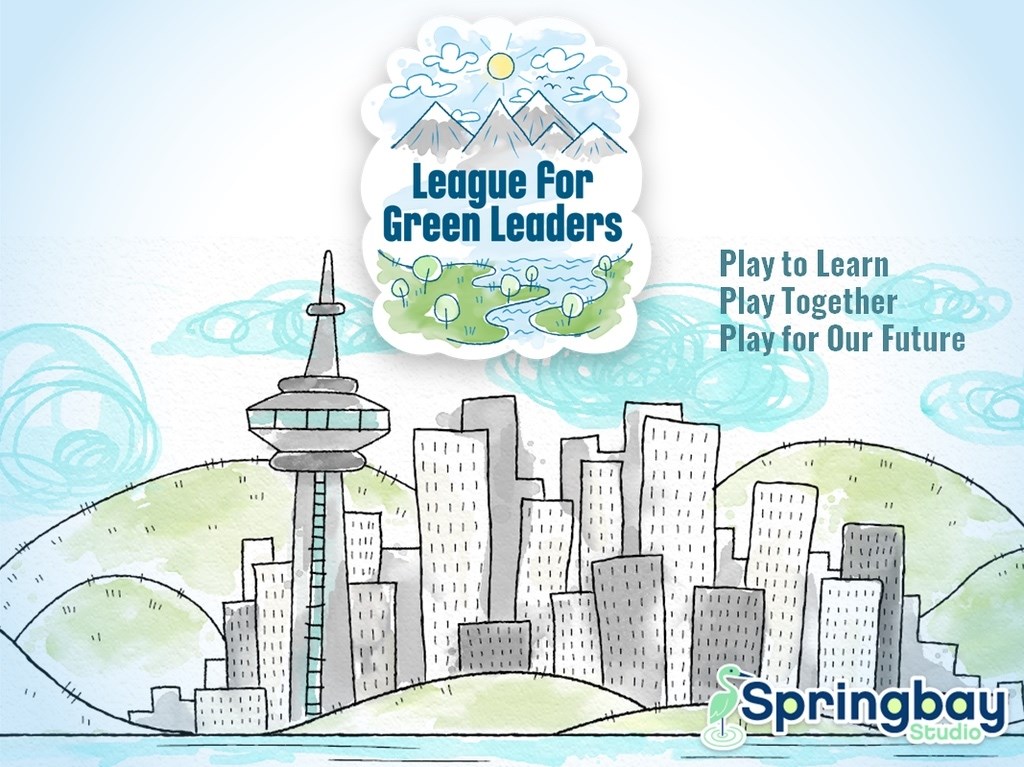 League for Green Leaders is an online competition where kids can play online iBiome games, do science experiments offline, and complete science projects.

Ji finds it hard to name a single individual as a “green idol,” saying, “I have many – but the common characteristic [shared by all of them] is that at this very challenging moment, they encourage us to keep our hope. In one of
David Suzuki’s videos, he talks about salmon returning to his neighborhood. A lot of scientists thought that with the data we had, perhaps the local salmon would be gone forever – but then they came back. His point was that – even while people are talking about us having passed the turning point – we don’t know that much about nature. If we give nature a chance, nature may be more forgiving of things than we deserve. That was so emotionally inspiring to me.”

Ji also cites
Dr. Jane Goodall, whose words inspired her after the celebrated conservationist and biologist was the subject of the Google Doodle for Earth Day in 2018. “She said, every single individual matters. Every single individual makes some impact on the planet, every single day. And we have a choice as to what kind of a difference we’re going to make. It was just so inspiring. I think we can make a big difference.”

Reflecting on her experience of being mentored as part of the Fifth Wave Initiative, Ji is equally enthusiastic. “I think it is very inspiring to be part of a community where everyone is a female entrepreneur. The training sessions, webinars, expert mentors in marketing, business and finance – they know so much. [Media Lab Director] Nataly [De Monte], is really one of the greatest mentors to me. This kind of support and one-on-one attention, almost on demand, is a rare thing. It is not a given. So I feel very fortunate to have this kind of community and support.”

Sonya Denton, the founder of weDstll, loves a good story. But after 15 years as a TV reporter and anchor, she realized that “the type of stories that I wanted to tell were not the kind of stories that I got the opportunity to tell, often, in media.”

Spurred by her desire to “give people the right information that they need to make informed decisions – but in a human way,” she went back to further her education. The academic difficulties she encountered in grad school led to a major revelation: Denton was diagnosed with ADHD. Despite the pressure, she successfully achieved her MBA, and partially credits overcoming her academic challenges with inspiring her to start her own company. 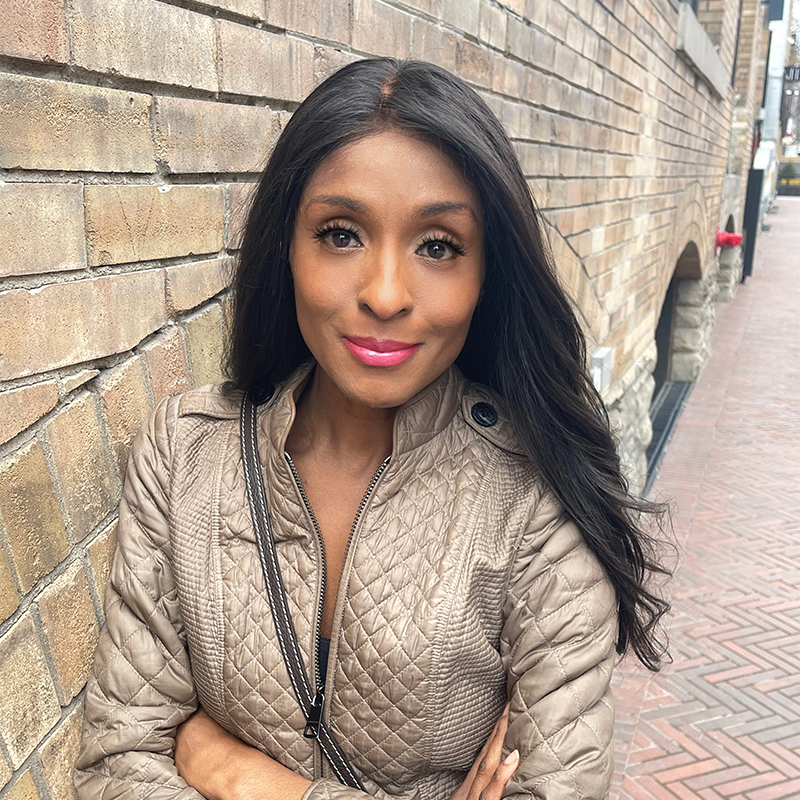 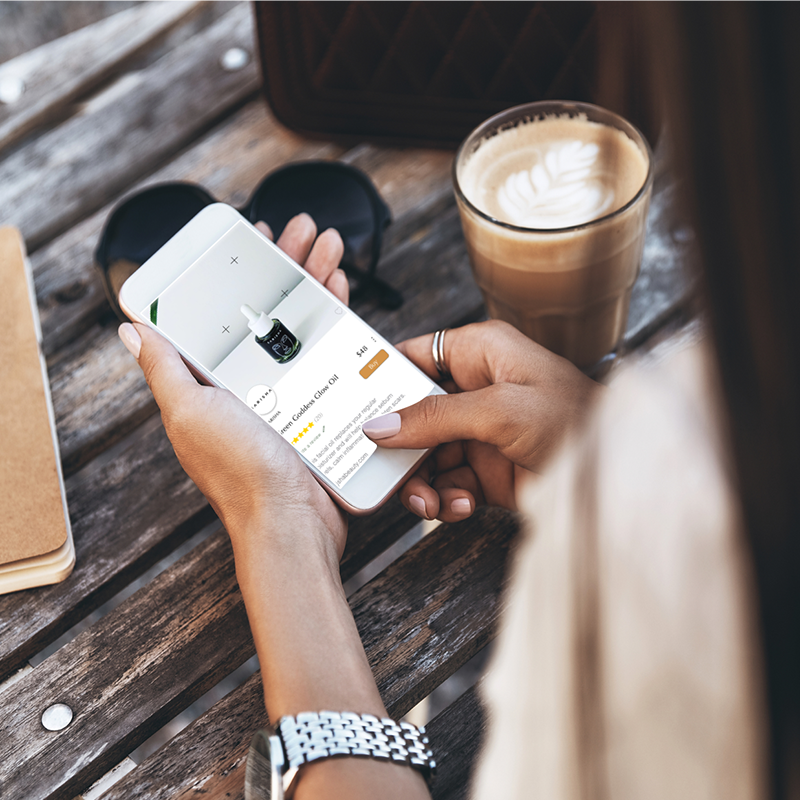 “I learned a lot about myself, and there’s a lot you have to be really courageous about in life. You have to be almost unapologetic for who you are, and not try to squeeze yourself into unrealistic or unattainable goals,” says Denton.

“weDstll is about really becoming the best version of who you want to be; creating your own definition of beauty and wellness.”

The platform matches users with beauty and wellness brands based on their values and positions on causes, including social justice, animal rights, and the environment. It also connects like-minded users with each other. This capacity to forge connections is what really excites Denton. She also knows that when it comes to the brands they support, today’s generation of consumers want to know who’s running the show. “Who is the person behind the product? Do they reflect our values? Do they reflect what I want to put out into the world as well?”

For Denton, the key is transparency. “We all want to know what’s in our products. Are the ingredients safe for me? Companies don’t make that decision for me. Let
me know, so I can decide if I want to spend my money on your product, or support what you’re trying to do,” she says. In her view, the modern consumer looks at the brands they support as an extension of their own beliefs – but doesn’t always have the right information available to them.

That’s where weDstll comes in. Users can find out everything about what’s in a product, how it’s sourced, the company’s leadership, and the environmental footprint. Products can be ordered directly through the website, and the iOs app will be coming soon. But it’s not a sales platform alone. “The goal is to really have the brand build a deeper relationship with the consumer. Our mission is to use innovation to empower women and underrepresented voices to create their own definition of beauty, and live their values through their lifestyle. So everything that we do is focused and geared toward that.” 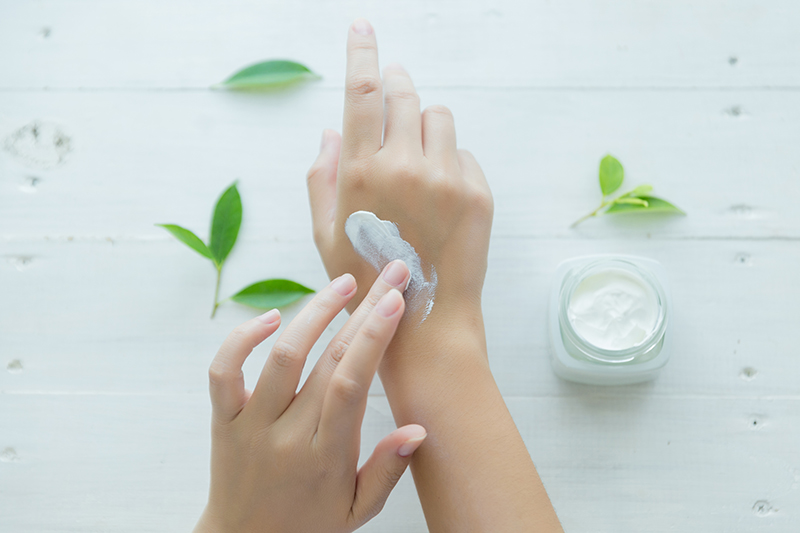 weDstll is focused on empowering women and working with values and story-driven companies that are committed to inner beauty as well as making simple, effective and non-toxic products.

Asked to name an environmentalist inspiration, Denton demurs, saying, “What I think is amazing is
all the people who are trying to make a difference. I don’t think that just comes from one specific person. It comes from everyone coming together.” She points to other members of the current Fifth Wave cohort, and the companies partnering with weDstll instead.

“A lot of these founders are taking risks to build something that they truly believe in – something that is going to be not only good for our bodies, but also good for the planet. When I look at all the people out there [founding green companies], that’s my inspiration.”

Speaking of what makes the Fifth Wave Initiative so special, she says,

“I believe that these [womxn-focused] programs are so important. To be able to show up and be welcomed, and know that there are people there who are experiencing similar challenges to you. Beyond financial or resource issues – it’s way beyond that. You truly have to be a woman to understand. And to be a part of a group that understands that is huge.”

As Canada’s first feminist business accelerator, the Fifth Wave Initiative is proud to highlight and support the work of these founders, who strive to ensure a more just future for all on planet Earth.