The Quetzal is an interactive narrative (story-game) interfaced via EEG biofeedback. Harnessing the latest in consumer-level EEG technology, The Quetzal weaves 2D illustrations and 3D game play into a rich narrative tapestry. Through the power of thought, audience members become actors in The Quetzal. The Quetzal is the story of two young lovers in ancient times, alone and in the jungle for the first time. Cheveyo and Asha chase the elusive quetzal bird, whose song is a blessing to young lovers from the divine, but the quetzal's song is not the true prize; betrayal, magic and an ancient totem leave viewers guessing at what is to come. This story-game leverages EEG (Electroencephalography) which is the recording of the brain's electrical activity by sensors placed on the scalp. After 50 years of use in medicine, EEG, biosensors have become small, fast, cheap and mobile, enabling the technology to leave the laboratory and enter the home. A single sensor on the forehead can now read and interpret the brain's electrical activity. Like buttons on a joystick, these brainwaves trigger actions in a film or game. The resulting experience is magical and seamless; powerful and profound gameplay. Produced Directed & Written By: Mark Thorburn, Mike Evask Technical Lead: Aylwin Lo, Priam Givord Contributors: Illustrator Sylvie Smith 3D Modeler Alvin Hew 3D Rigging & Animation Arthur Marris 3D Environment SKY LI Actors Cheveyo / Andrew Pimento Asha / Rebecca Liddiard Narration / Ana Serrano Special Thanks: Ana Serrano, Jacqueline Nuwame, Andrea Mallozzi, Pearl Chen, Craig Alguire 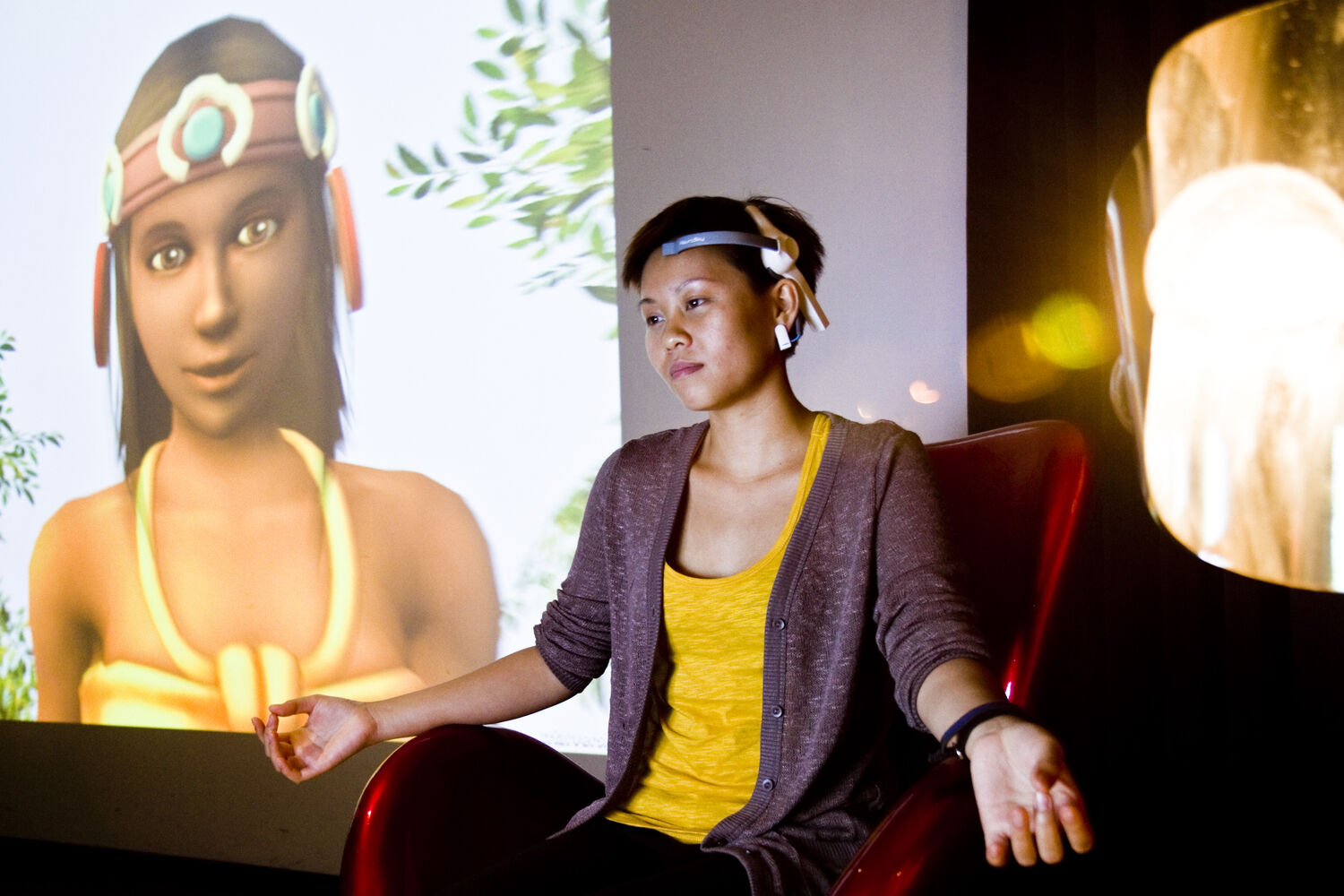