“Little Bookcase Publications” is a four-player co-operative board game which offers an experiential hands-on understanding of Holacracy fundamentals via contextualized simulation. Players act as partners at a small-scale publishing company where their collaborative purpose is to publish works of aspiring authors while simultaneously facing various events and maintaining the firm’s reputation along the way. Holacracy is a peer-to-peer organizational system formally launched in 2007 from the realm of software development. Often referenced as a software update to conventional management practices, Holacracy powers hundreds of organizations worldwide that favor continuous iterations to both operational and organizational structures. In the literature review and primary qualitative data gathered via rapid ethnographic fieldwork it became apparent that organizations wanting to implement Holacracy can expect a steep, initial learning curve due to the rule-based – sometimes counter-intuitive – decision-making methods instilled in the method. Further insights were gained from the field of organizational development, studies of role performativity and play theory along with an iterative research-oriented design process. As a part of the Master of Design project for Digital Futures at OCAD University, the aim for “Little Bookcase Publications” was to explore what fundamental processes and elements of Holacracy might be extracted to fit an introductory game to ease the learning of the method. 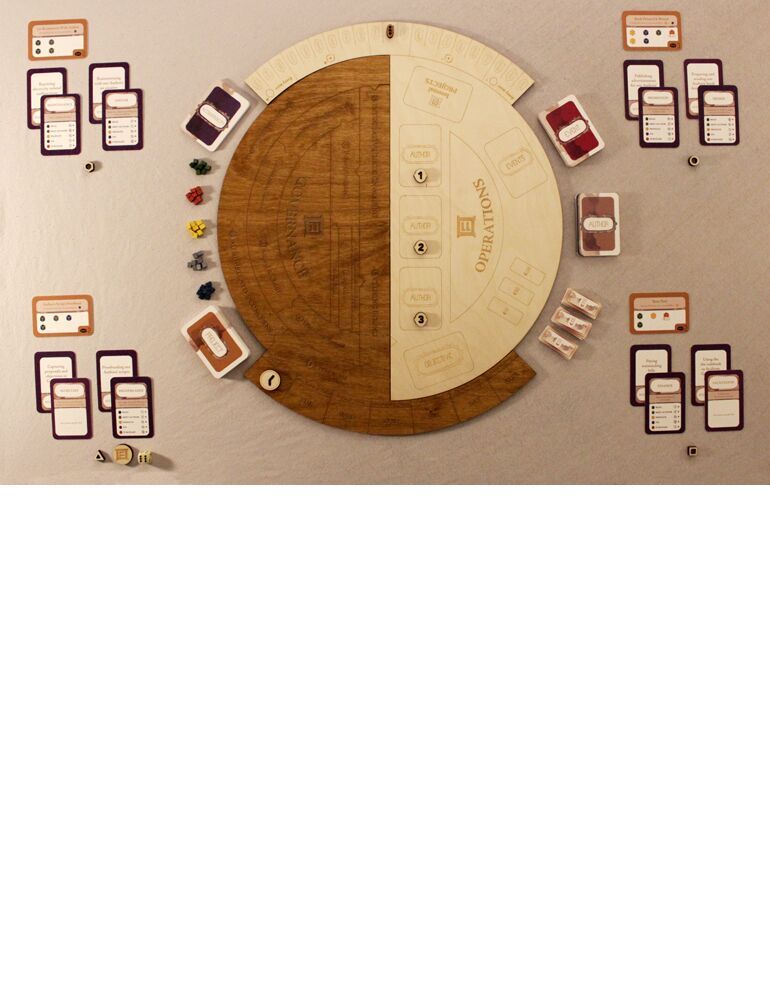