2020 is a system for film and television audio professionals, empowering them to create tighter and more focused dialogue in their soundtracks. In film production, actors and microphones are constantly in motion. The relative distance from source to microphone varies between microphones, creating a diffuse image when the microphones are mixed together. By attaching an ultrasonic clocking beacon to a source, this relative distance of source to microphone is documented in the recording itself, providing purchase to align the position of microphones and virtually arrest their motion. This alignment creates a more cohesive image when the microphones are mixed together with the aim of improving the potential of soundtrack dialogue audio quality, facilitating a stronger connection between actor and audience. 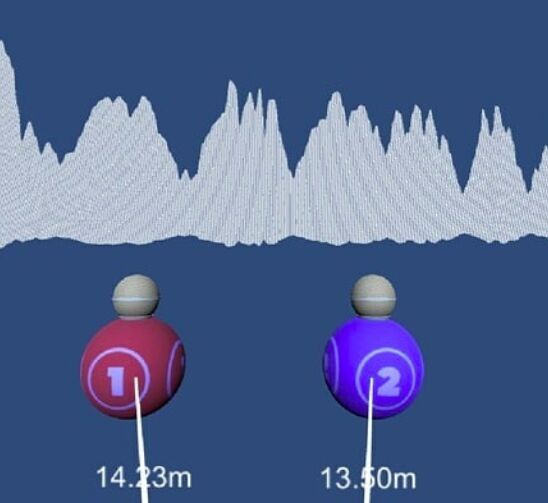