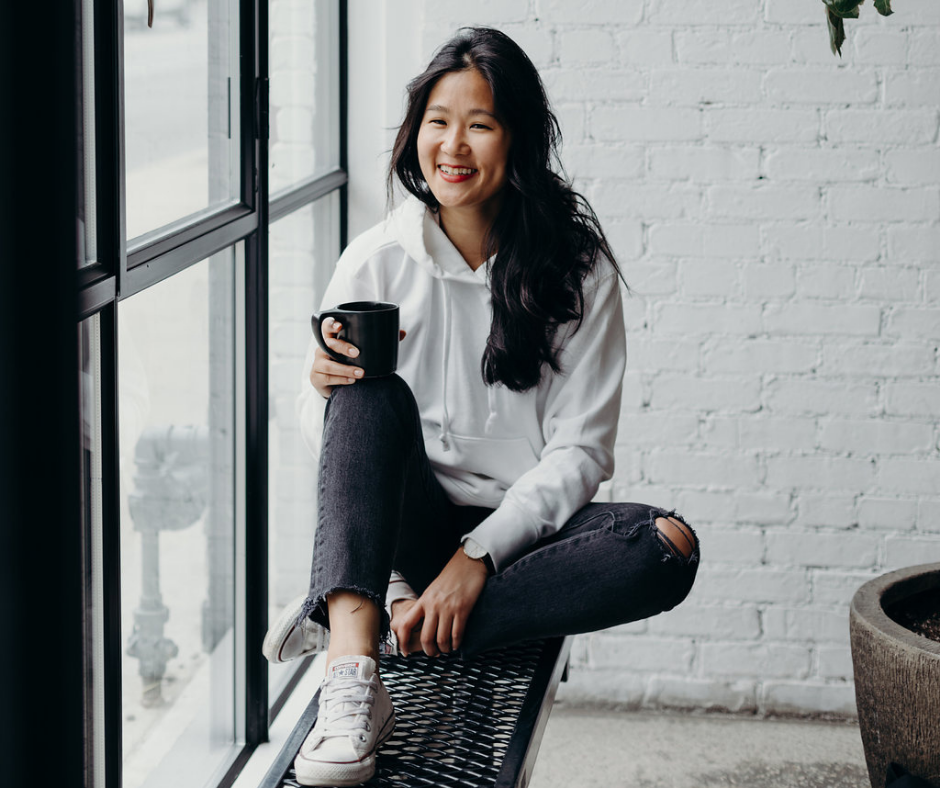 Sherren Lee is an award-winning Canadian filmmaker taking the screen industry by storm with her impressive talent and passion for telling bold and impactful stories. Sherren has been writing, directing and producing her own independent work since 2009. Her dynamic body of work has garnered the attention of major networks and streaming services such as CBC, Hulu, and Amazon, to name a few.

Since completing CFC’s Directors’ Lab in 2014, Sherren has quickly garnered attention in the industry as a proficient and sought-after episodic director – some of her recent credits include Murdoch Mysteries (CBC), Coroner (CBC), Hudson & Rex (CityTV) and the award-winning comedy sitcom Kim’s Convenience (CBC). In addition to her directorial work, Sherren is keeping busy penning features such as Code 8: Part II as well as upcoming romance, Float, which will mark her feature directorial debut. CFC recently caught up with Sherren to discuss her career journey and latest projects. Learn more in the spotlight below.

WHEN DID YOU KNOW YOU WANTED TO WORK IN FILM, AND WHAT INFLUENCED YOUR DECISION TO PURSUE A CAREER AS A FILM DIRECTOR?

Ever since I was a kid, I wanted to be an actor. I thought it was the best job ever because you really had to put yourself in other people’s shoes to be a good actor. To me, it was always about empathy. When I was in university, I directed a play and … I never acted again. I realized that, as a director, you had to empathize with every character and you could also attempt to say something with the work that you make. That’s when I decided directing is what I want to do. 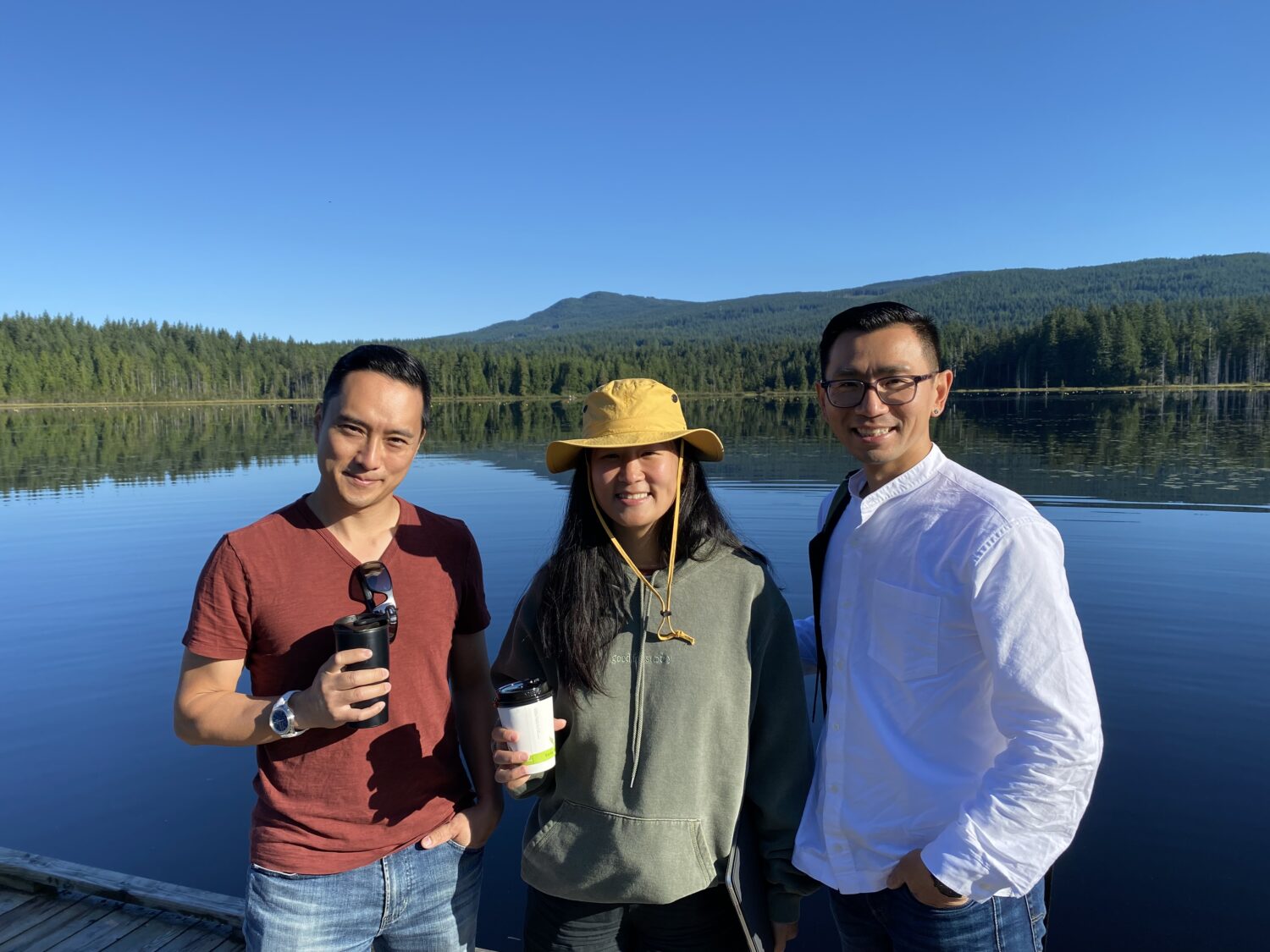 WHAT STORIES DO YOU WANT TO SEE THE FILM INDUSTRY EMBRACE?

I want to see bold, authentic, progressive and fresh stories from passionate storytellers. I want to see stories that reflect the reality that I live in, that doesn’t isolate or tokenize underrepresented communities. Stories that normalize diversity, inclusion and the intersection of identities. I want the film industry to embrace nuance, to not be so quick to place things in a box… in stories, genres, characters, and everything else.

CAN YOU TELL US A BIT ABOUT SOME OF THE DIFFERENCES BETWEEN DIRECTING FOR FILM VS. TV SERIES? WHAT ARE SOME OF THE UNIQUE CHALLENGES AND HIGHLIGHTS OF EACH?

When directing a feature film, the stage is yours. Your vision, your interpretation, your execution, your baby. It’s a lot on your shoulders but it’s also such a privilege and awesome responsibility. You get to show yourself and the artist that you are. Getting on the same page as another creative and seeing their vision is such a magical thing to me. That’s why I love directing television. Collaborating with the showrunner and writers allows me to stretch my imagination and see things from their perspective instead. What a gift! I feel very fortunate to have had the opportunity to direct in both spaces.

AS AN ALUMNA OF THE DIRECTORS’ LAB, WHAT WERE SOME OF YOUR HIGHLIGHTS OR BIGGEST TAKEAWAYS FROM YOUR EXPERIENCE AT THE CFC?

My biggest takeaway from the CFC is that you don’t need to go out there and find your voice: your voice is you. You’re what’s unique and special. There is no one else who can be you. So strip down to your core and show the world who you are. That is hard, vulnerable and brave work I have to remind myself to do every day.

WHAT DO YOU HOPE TO ACCOMPLISH IN YOUR CAREER AS A DIRECTOR?

I just wanna have fun! I want to keep honing my craft and growing my sensibilities as a filmmaker. Ultimately I want to explore stories that further our understanding of ourselves, each other and hopefully in turn make people feel less alone. And entertain audiences—make them laugh, move them, give them a thrill. Otherwise, what’s the point?

WHAT DO YOU BELIEVE ARE SOME OF THE MOST IMPORTANT QUALITIES IN A DIRECTOR?

Vision, communication, and leadership. Be prepared and listen thoughtfully. A whole cast and crew are looking to you and excited to make the thing that you want to make— so get passionate, show them that you care and communicate well. They will have your back if you have their backs too. 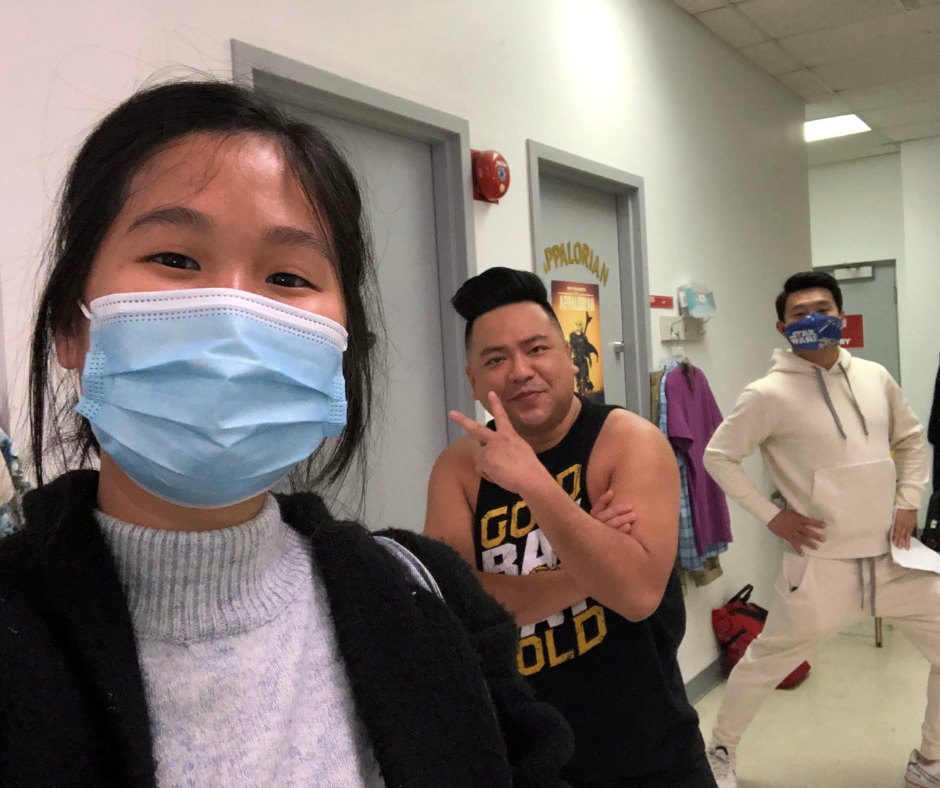 IT WAS RECENTLY ANNOUNCED THAT YOU ARE MAKING YOUR FEATURE DIRECTORIAL DEBUT AND CO-WRITING ON THE UPCOMING ROMANCE, FLOAT – CONGRATS! CAN YOU TELL US A LITTLE BIT ABOUT THIS PROJECT, AND HOW YOU MET AND BEGAN COLLABORATING WITH YOUR CO-WRITER AND FELLOW CFC ALUM JESSE LAVERCOMBE?

Thanks! Float is a romantic drama/comedy based on Kate Marchant’s book of the same name. It was uncanny how much I related to her book; it was a real special opportunity to bring a piece of myself to the material. I met Jesse when I directed his CFC showcase piece during his time at the CBC Actors Conservatory. We had a blast working together and [I] have worked with him on several occasions since. Jesse wrote and starred in my short film, The Things You Think I’m Thinking. It was exciting to get this opportunity to co-write with him on this feature.

WE ALSO READ THAT YOU’RE CO-WRITING THE SCI-FI SEQUEL CODE 8: PART II WITH JESSE LAVERCOMBE. HOW DID THIS PROJECT COME ABOUT, AND CAN YOU TELL US A BIT ABOUT THE COLLABORATIVE PROCESS OF WRITING WITH A PARTNER?

We were working with Jeff Chan and Chris Pare, our producers on Float, when they were looking for writers to collaborate with them on the Code 8 sequel. Being fans of the first film, it was a no-brainer when they asked us if we’d be interested in co-writing Code 8: Part II with them. Each partnership/collaboration is unique to its partners; you really have to find your own rhythm every time. With Code 8: Part II, it was important for us to identify each of our strengths and tag team in order to be most productive in a strict timeline.

WHAT ADVICE DO YOU HAVE FOR ASPIRING DIRECTORS OR FILMMAKERS?

Where to begin! Filmmaking is a lifelong journey and there are so many lessons along the way. Something that has helped me tremendously is to focus back on your craft and be honest with yourself about what it is that you need in this very moment—whether personally, financially or professionally. Continue to get to know yourself, reflect and take care of yourself. That’s the only way to grow and to nurture that joy and love you have for your craft. Oh! And— small. attainable. goals. Those are KEY.

WHAT’S NEXT FOR YOU AFTER FLOAT AND CODE 8: PART II?

I’m not sure. I’m certainly excited to brew some new ideas and perhaps take on another adaptation. I’d love to tackle a thriller feature film next!