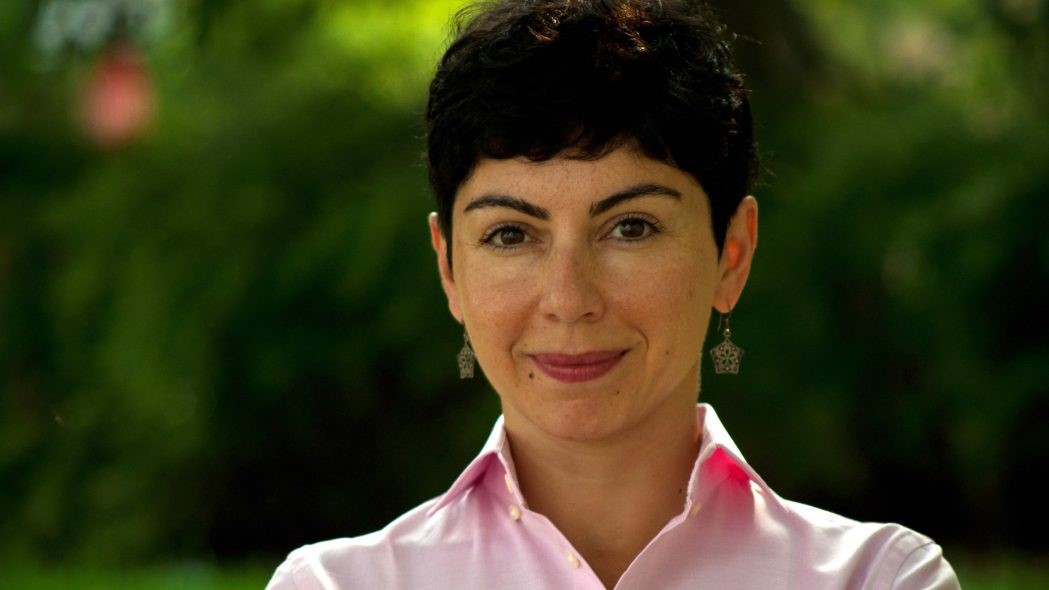 Iranian-Canadian filmmaker Sadaf Foroughi has become known for her unique and poignant storytelling, filled with striking visuals and barbed complexities. In 2003, Foroughi began her professional career by diving into filmmaking with short films, documentaries and video art. Intense gratitude for the art of filmmaking inspired Foroughi to take her love of storytelling to new heights by pursuing a degree in Film Production from the New York Film Academy and an MA in Film Studies from the University of Provence.

Foroughi gained recognition in 2017, when her debut feature Ava premiered at the Toronto International Film Festival, where it received an honourable mention as Best Canadian First Feature Film and the International Critics’ Award (FIPRESCI) in the Discovery section. Additionally, Ava earned 8 Canadian Screen Awards (CSA) nominations and a CSA for Performance by an Actress in a Supporting Role. Fast-forward to 2022, and Foroughi shows no signs of slowing down. Her most recent film, Summer with Hope, follows two young swimmers whose alliance provokes reactions in a small town in Iran. The film premiered at the 2022 Karlovy Vary International Film Festival and sparked rave reviews, going on to win the Crystal Globe at the Karlovy Vary Film Festival. Summer with Hope continues to garner international success and was recently screened at the Hamptons Film Festival (Narrative Feature Competition), Haifa Film Festival (Golden Anchor Competition), and BFI London Film Festival (Journey) in October.

We recently caught up with Foroughi to discuss her artistic journey, the making of Summer With Hope, and her creative vision for the future. Read more in the spotlight below.

Congratulations on the success of your latest film Summer With Hope! Can you walk us through your inspiration for the film and the creative process behind it?

Summer With Hope is the second film in my planned trilogy, which started with my previous film Ava (2017). It examines the pressure-filled expectations of a new generation, for both themselves and their families, as they explore beckoning horizons and newly discovered freedoms. Set against the backdrop of a traditional patriarchal society where tendencies that contradict accepted norms are met with fierce-yet-cloaked resistance, Summer With Hopeis a classic tragedy of real-world proportions. It is loosely inspired by Anton Chekhov’s play, The Seagull, and with a nod to Bergman’s Summer with Monika, from which the name of the film is also adapted(in Persian, the name of my main character in the film, Omid, means ‘hope’).

Children and women have always been my concerns [in storytelling]. I want to study them and the effects that family and society have on their growth and life because I think both of these groups have a significant impact on building the future of society.  What we see happening in Iran now can be given as a good example.  Massive protests led by women and teenagers. Examining the place of women and teenagers within society is also crucial for me, perhaps due to my experience living in the environment in which I grew up [in Iran]. I was also raised by a mother who always made her decisions based on what made me and my sister happiest within the limits of that environment.

What was your experience like writing Summer With Hope?

In my previous film, Ava, I wrote the script in the form of a musical variation. Since I do not believe in degrading the characters of my story from their human status to their social function, I equally chose an aesthetic that is compatible with the idea of musical variation to add an artistic layer to the film and to go beyond the social situations presented in the story. I see my films in different layers and only one of those different layers is the story.

From the moment the idea for Summer With Hope began to form in my mind, I envisioned a haiku-like structure. That’s why I think Roland Barthes’ description of the haiku may well express my feelings about Summer With Hope: “Undevelopable: everything is given, without provoking the desire for or even the possibility of a rhetorical expansion… we may (we must) speak of intense immobility.” Yet, unlike the haiku, in Summer With Hope, there is no such immobility in appearance. Also, unlike the haiku, which hides movement within itself, like an oyster having a pearl inside, the film, despite its vibrant appearance, striving to achieve a dream, a goal, or win a contest, has a frightening and Kafkaesque stillness at its core, which is rooted in prejudice, tradition, human wickedness, and suppressed desires. I build my characters and design the story based on their existential complexities, without imposing anything from the outside. I take a lot of time to work with my actors to add human layers to the characters they are going to play. Also to form the right connection between them. I conceive the characters as people full of hidden secrets so that something in them can be discovered and the viewers can share this discovery. And as the film progresses, the characters’ existential layers and personality complexes are gradually uncovered, in the hopes that the characters will linger in the viewer’s mind for a bit longer than the film’s roughly 100 minutes.

What were some of the challenges and triumphs of filming Summer With Hope?

The most important challenge was that, after shooting the film in Iran, my colleague Kiarash Anvari (producer and editor of the film) and I were arrested, our passports and dailies were confiscated, and we were not allowed to leave Iran for three years. The exit permit for us and the film was issued in June 2022 and we could only have our passports then. We were forced to remain silent so as not to endanger our safety and that of our family. The reason: Summer With Hope portrays the taboo of homosexuality and the problem of how members of the LGBTQ+ community in Iran are treated for the first time in such a direct way. If Summer With Hope was able to see the light of day, it was the result of our round-the-clock efforts and struggles in the very patriarchal environment of Iran and our tolerance for the misogynistic and discriminative behavior of Iranian government agents during three years to manage to convince them to free the film. We finally saved the film, saved Summer With Hope, and made it a success in Karlovy Vary Film Festival.

Why was it important for you to tell this story?

It is essential for me to describe the problems faced by the people of my motherland [Iran]. I am aware of the cultural and social complexities there. I like to follow what’s going on there as much as possible with thorough analysis and investigation, hoping for any positive changes. Discrimination is still rampant all over the world and [I believe] the work of the artists and filmmakers is to take a step toward social and psychological awareness, analysis, and examination of these issues in different societies using various forms of art.

What do you hope audiences will take away after watching Summer With Hope? What feelings or themes do you hope stand out to them?

As Martin Scorsese said, “Film is what’s in the frame and what comes out of it.” With the structure that I create for my films and the space that I leave to the public, by putting certain information out of sight and out of frame, I want the viewer to contribute to the making of the film according to their cultural and social origin. Also, I believe that this way the film continues to be alive and fresh for the audience with every viewing.

What was your vision for casting the main character, Omid? When did you know Mehdi Ghorbani was perfect for the role?

Mehdi is an energetic and intelligent boy. A boy who communicates very easily. Many actors and non-actors auditioned for the role, but in the end, during rehearsals and reading a few scenes with Leili and Saadi, Mehdi seemed like the best option to me.

In July 2022, Summer With Hope took home the Grand Prix Chrystal Globe at the 2022 Karlovy Vary International Film Festival, can you tell us about this special moment and what it means to you and your team?

After finishing the filming of Summer With Hope in Iran, my colleague Kiarash and I were arrested and the dailies were confiscated. After six months of house arrest and three years of prohibition to leave the country, not having the right to exercise any type of work, having had very hard days, feeling very alone, stressed and full of sadness, and out of desperation, we ultimately saved the film. We never lost hope and never let fatigue dominate us. We fought and fought for our rights, and faced the ruthless Iranian authorities to be able to show the film to the world. We never forget the support of the Karlovy Vary Film Festival. The Grand Prix of the festival gave us hope and courage. It means a lot to us.

Do you have any advice for young filmmakers?

Pursue your dreams with perseverance and shamelessly.

What are some changes you would like to see in the future of Canadian film?

Hoping that the ability and talent of immigrants, women and ethnic minorities will be encouraged and supported not only in words but in reality and action and that women and immigrants will be in their true position, their films will be recognized and supported in Canada and be accepted as Canadian content and not be denied support solely because of language, ethnic and racial discrimination, and bias.

I’m working on two projects at the same time, and I hope to bring them to the big screen very soon.