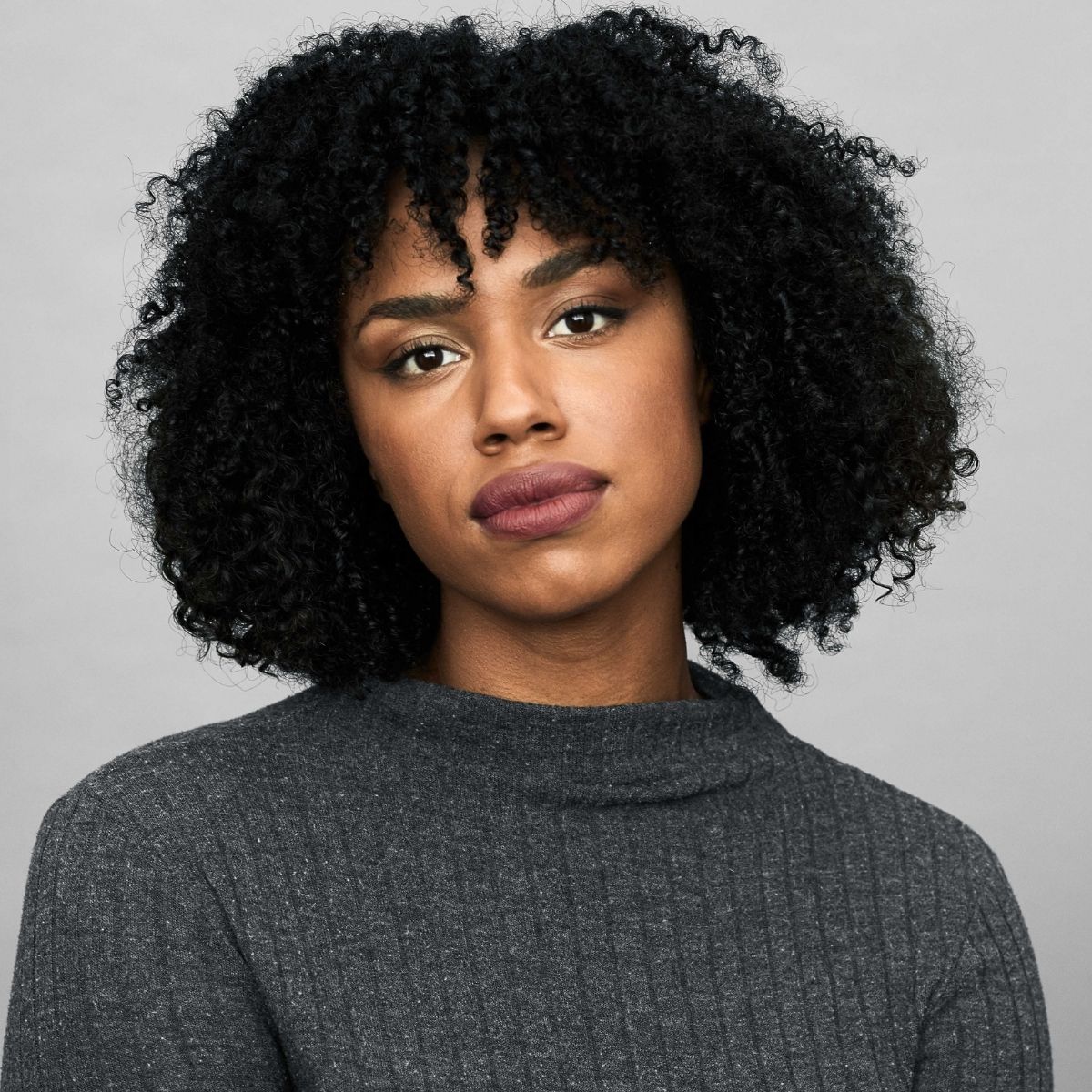 Gita Miller is a bilingual actress from Montreal, whose multifaceted talents have earned her accolades in both the Canadian theatre and screen industries. In 2018, Gita was the recipient of the Montreal English Theatre Award (META) for Outstanding Supporting Performance – Actress in the Centaur Theatre hit Successions. In addition to her impressive theatre credits, Gita has garnered the attention of Canadian TV and film buffs with her on-screen appearances, including the feature On the Basis of Sex, and the television series The Bold Type, Real Detective and My Worst Nightmare.

The 2019 CBC Actors Conservatory alum recently starred as the lead in fellow CFC alum Lauren Grant’s directorial debut, Things We Feel But Do Not Say, a deeply emotional short film following a young woman’s experience of her second miscarriage. Gita’s powerful performance gained attention within the Canadian screen industry for her raw, vulnerable portrayal of the human experience of silent grief surrounding loss.

CFC recently caught up with Gita to discuss her career, the current state of the screen industry, and what the future holds for the Canadian actress. Read on in the spotlight below.

WHEN DID YOU REALIZE YOU WANTED TO BECOME AN ACTOR?

I don’t think I realized it fully until around 14 or 15 years old. I’d been doing theatre for fun as a kid since I was about 3. But it was always just a part of my life and I never really thought much about it. Then when the theatre group I’d grown up working with broke apart, there was suddenly a void, and I realized how much I loved it. That, coupled with watching Moulin Rouge for the first time, lit a maybe slightly manic obsession with musicals, singing and movies. That was it for me.

This is hard to answer because I find some of the most exciting parts I’ve played involved themes/topics I could never have guessed would be thrilling to play. For example, my part in Things We Feel But Do Not Say, which is at its baseline, is about miscarriage. I’ve never experienced this in my life and didn’t necessarily feel pulled to explore it until it was presented to me. And once it was, there was so much about it I was fascinated and excited to portray. I think parts (as corny as it sounds) kind of really do present themselves to you when you’re ready to tackle them. There are obvious themes that will forever speak to me- like racism, sexism, familial dynamics and the complexity of female friendships, to name a few. But I do hope my career is not limited to just these themes. I think there’s stuff out there I could never have dreamed or imagine I’d enjoy. And that’s a really exciting thought for me. 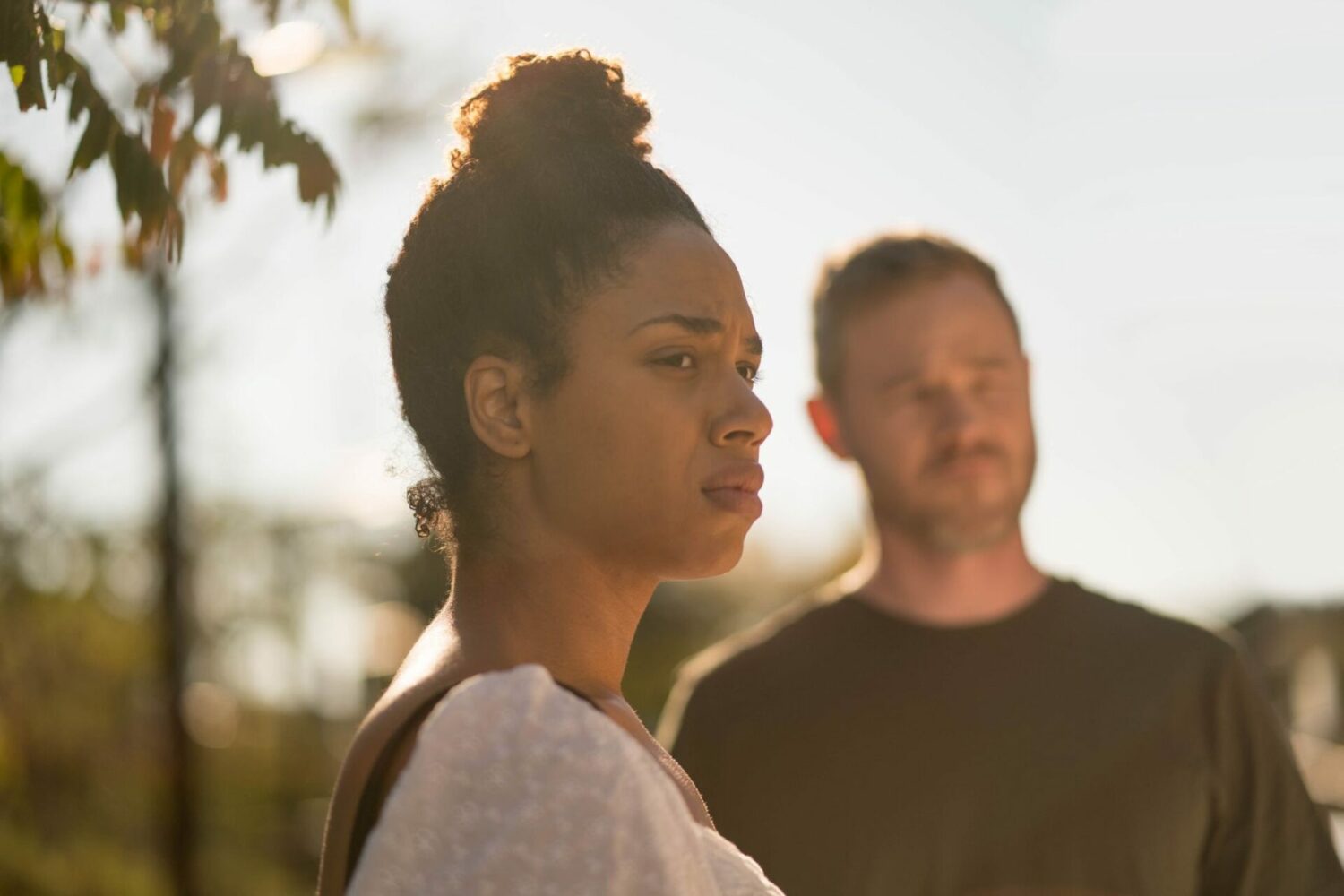 Gita Miller in Things We Feel But Do Not Say

WHAT ARE SOME OF THE CHANGES YOU’VE NOTICED HAPPENING IN THE SCREEN INDUSTRY TO MAKE IT MORE INCLUSIVE OF SYSTEMICALLY MARGINALIZED CREATORS, AND WHAT DO YOU HOPE TO SEE IN THE FUTURE?

I’ve noticed that people are aware that there are things they’ve failed to recognize for a very long time. With that awareness, I’ve noticed people seeking to educate themselves as well as question their own internalized sexism, racism and transphobia. I’ve witnessed people’s desire to understand how they directly, and indirectly, affect the marginalized creators they have been working alongside or seek to work alongside. And all of this is great. But we all know that awareness is one step in a long process of dismantling racist and cis-heteronormative ideologies. There’s a long road of clumsy attempts, mistakes, corrections and successes ahead. It’s just the nature of it. I think we’re in the clumsy part. Attempts are being made. Not all of them are the right attempts, and it’ll probably be that way for a while.

In the future, I hope to see more of the basic needs of marginalized creators met. I hope to see more diverse representation in teachers and educators at artistic institutions. I hope to walk onto more sets filled with crews that are diverse in age, race and gender. I hope I never have to do my own hair on a set again because production didn’t hire a black hairstylist with the skills. In a nutshell, I hope that more and more, whiteness is not the baseline and majority dominating everything everywhere all the time.

YOU RECENTLY STARRED IN THE SHORT THINGS WE FEEL BUT DO NOT SAY, WRITTEN/DIRECTED BY FELLOW ALUM LAUREN GRANT. CAN YOU TELL US HOW THIS ROLE CAME TO BE AND WHAT IT WAS LIKE TO PLAY A CHARACTER USING NO DIALOGUE, AND YET HAVING TO CONVEY THE EMOTIONAL TRAUMA OF MISCARRIAGE?

The part came to me through the standard route. I got an audition for the project with Lauren’s proof of concept attached, did my tape and sent it in. I almost didn’t send it in. I remember doing the tape with a friend, and tapping into a very painful place, shooting the scenes maybe twice each and calling it a day. I was scared to do more. Something in me felt that because I was experiencing very real and personal grief at the time, that it would very likely translate on camera and get me the part. I was scared to get it. I knew that getting it meant I’d have to pull forward a very present pain. I’ve mostly only pulled from pains passed and long gone in my work as an actor. But there was a grief so present in my life at that time that it would be impossible to fight or hide it. I knew the role would require me to embrace it, and allow it to take up space, and I was really scared to do that. But honestly, it turned out to be one of the most liberating experiences I’ve had shooting at this point in my career. I was nervous that my character had no lines. I’d never done that and was definitely scared people would just feel like nothing was happening in front of them. But it’s all about what you’re feeling anyway, and that affects what you say or don’t say on screen, so I quickly got over that aspect. It turned out to be really fun cutting out the speaking part, and walking onto the set every day with the intention of being instead of doing.

HOW DID YOU PREPARE FOR YOUR PERFORMANCE IN THINGS WE FEEL BUT DO NOT SAY?

Because I was so scared, prepping for the project became my happy place. I had a week to prep in between shooting other shows, so I dove in. I basically created an emotional map. I wrote out internal dialogue my character would think through during all these moments of silence. I wrote out how she felt about all the dialogue happening around her. I wrote what she would say if she could. Those internal monologues became my anchor and kept me present inside each emotional state, as well as helped diversify how each emotional state was different from the last. I also had a session with a coach I’d met at CFC, Rae Ellen Bodie, that was incredibly grounding. I also had several conversations with Lauren about the piece, her experience with miscarriage, and how complex grief and the process of grieving can be. That’s the simplest way I can describe how I prepped.

YOU COMPETED AT THE ACTORS CONSERVATORY AT THE CFC IN 2019. WHAT WERE SOME OF THE BIGGEST TAKEAWAYS FROM YOUR TIME AT THE CFC?

Trust yourself. TRUST YOURSELF. I think that was my biggest takeaway.

WHAT’S THE BEST PIECE OF ADVICE YOU’VE EVER RECEIVED ABOUT WORKING AS AN ACTOR IN THE SCREEN INDUSTRY?

The best piece of advice someone gave me is that I don’t have to say yes to everything.

WHAT IS SOME ADVICE OR WORDS OF WISDOM YOU HAVE FOR CREATORS STARTING OUT IN THE SCREEN INDUSTRY?

Don’t let your career be the only place you invest in yourself. It’s a fickle industry and most of the time very unreliable. It can’t be the only place that makes you feel complete or gives you sense of purpose. Your life is allowed to be full as well as healthy and restful. Invest in your mental health in whatever way makes you feel good and love and cherish your friends and community. Going to dinner, a concert, a party, a date, or a walk is just as important as killing it in an audition or booking a series regular. Make time for those things!

WHAT IS YOUR DREAM ROLE?

I so badly want to play a murderous assassin with guns who are just out to kill everyone. I would LOVE that. I also really would love to play Bette Davis. I’m so fascinated by her and what she achieved.

You can catch me as a new character in the upcoming season 6 of Workin’ Mom’s airing January 2022 on Netflix.