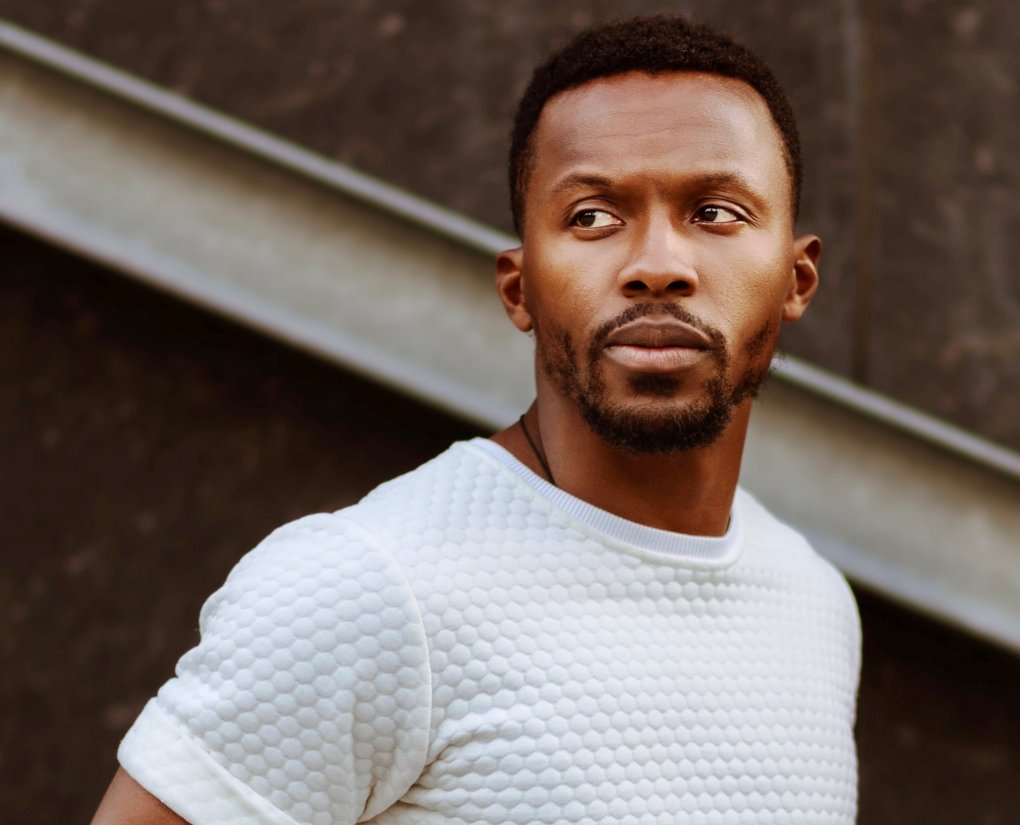 Since actor, producer and Actors Conservatory alumnus Emmanuel Kabongo made his screen debut, he has been captivating screen industry folks and critics alike. First with his stellar leading performance in the acclaimed webseries Teenagers, for which he earned his first Canadian Screen Award nomination, and most recently in his role in OWN’s The Kings of Napa.

The Canadian talent made headlines this year when it was announced that he would be starring in April Mullen’s sci-fi thriller Hello Stranger, alongside Robbie Amell, Jordana Brewster, Simu Liu and Sam Worthington, and when he joined the cast of Christine Cooper’s upcoming superhero flick Rising 6. Since completing the Actors Conservatory at the CFC in 2014, Emmanuel’s career continues to soar, as does his passion for his craft and the screen industry.

We caught up with Emmanuel to discuss his career highlights to date and what’s next for the rising star. Read on in the spotlight below.

Congratulations on your new role in Christina Cooper’s Rising 6! Can you tell us a bit about how you got involved in this project?

Thank you. I was back home in L.A. last fall and a dear friend connected me to Christina because we had similar interests. Christina and I connected over life in general and how much we want to impact the world. Rising 6 was in early development and Christina felt I fit the vision of what she was going to create.

You play a superhero in Rising 6. What does it mean to you to be the first Black Canadian actor to be cast as a superhero?

It’s truly an honour and I look forward to getting in front of that camera. I’m still pinching myself knowing I’m the first, and I thank God for the opportunity but I certainly know that I won’t be the last. As the saying goes, “with great success, comes great responsibility”, so I will do my best to continue leading by example.

The biggest challenge will probably be me containing my excitement. The biggest blessing will be the opportunity for me to exemplify that it’s possible to make your dreams come true. I’m also blessed to have a wonderful team behind me like my agent Amanda Rosenthal and manager Angie Edgar. They’re constantly making sure that the roles I take on are aligned with our collective vision of my career.

2022 has already been a big year for you; you were also recently nominated for your second Canadian Screen Award for Best Lead Actor in a TV Movie for your performance in Death She Wrote. How does it feel to receive this type of recognition for your talent?

It feels really good to be recognized by my peers and the folks in the industry. This is my second Canadian Screen Award nomination, so words can’t begin to express how blessed I feel. If it wasn’t for Sharon Lewis the director of the film, the executives Suzanne Chapman, Barbara Fisher and Tom Berry, plus all the other pieces involved in the making of this art, I wouldn’t be in the position. I’m forever grateful. 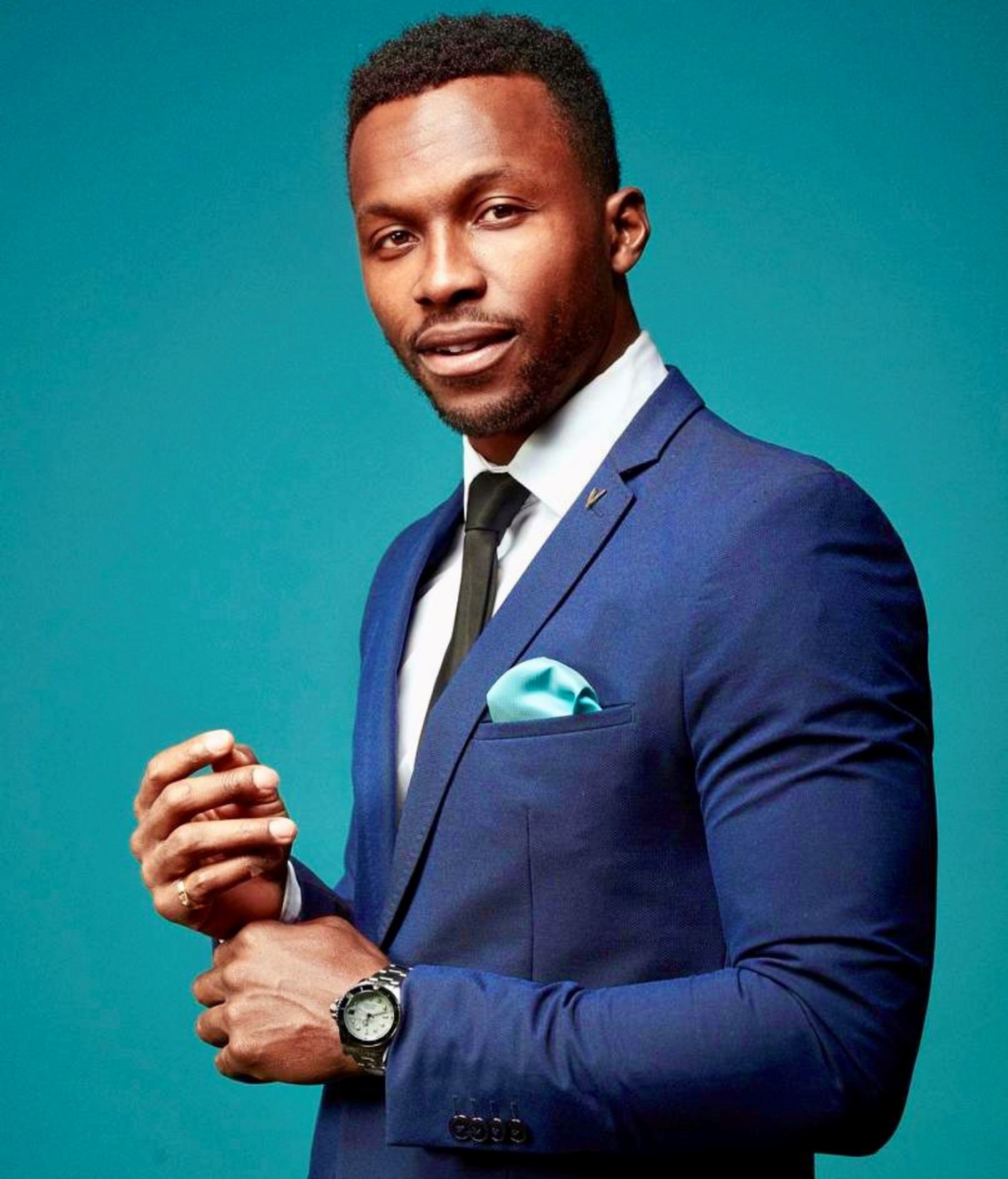 You have had an incredible and inspiring life journey, fleeing war in the Democratic Republic of Congo and later relocating to Canada, where you’ve become a successful actor. What are some of the greatest lessons you have learned from your challenges and triumphs?

I’ve learned so much from my family, my siblings and especially my mother. She’s really taught me how to remain strong and have faith. The road definitely had its peaks and valleys and still continues to be a rollercoaster. With each process, I’m always learning, growing and sharing. I’ve come to understand it’s about perspective. It’s not really about what happens to you but more about how you respond to what comes into your life, the fortunate and the unfortunate. I continue to discover life’s gifts and my potential as this journey unfolds.

What inspired you to pursue a career as an actor? How and when did you realized you had a passion for acting?

It started with my parents. Back when I was 6-11, myself, my sibling and my mother were separated from my father. He lived in Toronto before we joined him in the late 90s. He did background acting for extra cash to send to my mother. I was raised in South Africa, played lots of sports with my siblings growing up but on occasion, our mother would take us to our neighbour’s house so we could watch soap operas and action films. It made my mother happy watching actors and I wanted to make her even more happy and proud too. That’s when the seed was planted for me. So when I moved to Toronto, I started watering that seed with background acting at 15. I didn’t have guidance on how to get speaking roles, so I gave up and focused solely on sports thinking I was going to have a career in athletics. It wasn’t until my second year of college when I played on the men’s varsity basketball team while enrolling in a one-year theatre program, that I discovered and learned the necessary steps to pursue an acting career. Once I discovered this dormant passion, I did whatever I needed to do to keep the flame burning. My real lessons began when I met the acting coach Earl Nanhu who changed my life.

Tell us about your most difficult role to date. How did you prepare for it?

To date, the most challenging role was my episode on Star Trek Discovery. English is not my first language, French is. So to really hone my skills, my father and my acting coach Earl Nanhu (EVN STUDIOS) stressed the importance of becoming an avid reader. When I was cast as Vkir, there were so many words I hadn’t heard of that were part of this character’s dialogue. It was scientific, fast and tongue-twisting. I was nervous and that showed me I cared very much about the role. So to stay focused and prepared, I just repeated what I was taught. I didn’t just memorize those lines, I understood what I was talking about, made it personal to myself, stayed relaxed and allowed myself to have fun. My coach Earl was up to something when he would repeatedly tell me to read newspapers and the back labels of medication containers aloud.

Can you share with us any highlights or takeaways from your time in the Actors Conservatory?

The CFC allowed me to connect and build a community. Not just in Toronto, but also in Los Angeles. Support from Michael Levine, Christina Jennings, Kathryn Emslie, Sheena Macdonald, Larissa Giroux and Slawko Klymkiw has really opened tremendous doors for me. Because of the CFC, I was able to do my first CSA presentation and now I’m nominated for a Canadian Screen Award for a film directed by Sharon Lewis who is also a CFC Alumni. A highlight that is forever imprinted in my memory was when I was able to put together a team from my year and we received a BravoFact grant. Thanks to Jessica Adams (producer), Wendy Motion Brathwaite (writer), Fernando Arrioja (director), Simone Smith (editor), and Ben Fox (composer), we were able to create the short film A Man’s Story.

What else is next for you? Any other upcoming projects you can tell us about?

I’m really excited for everyone to see Hello Stranger directed by April Mullen and starring myself, Simu Liu, Robbie Amell, Jordana Brewster and Sam Worthington. I’m also part of the second season of Chateau Laurier which was a delightful project to be a part of. I’ve been doing some writing as well, so stay tuned.

Can you share some words of wisdom for aspiring actors?

To my fellow thespians, artists and anyone with a dream, I say this; Learn, grow, learn some more, keep growing and do it your way. Not everyone is going to believe in your dream, so never be afraid to dream a little bigger, baby! Never let a closed-door put out your fire and drive, do your best not to compare yourself because it’ll rob you of your joy, surround yourself with people who champion you. Trust your process and believe in a higher power ordering your steps. Don’t quit when things get hard, persevere. Do what is necessary, work smart, have integrity, take care of your responsibilities and make it a thing to improve your health. Success takes time, so you can’t rush it. Try to enjoy the steps, trust the refinements from obstacles and remain hopeful on your journey. It might take a few years to reap what you’re sowing and you only fail if you quit on yourself. You have to keep digging. Put in your time and pay your dues. Some people may limit you because of their own limitations. Your job is to stay true to who you are and stick to your positive values. Remain committed, honourable and respectful. You must have persistence. There’s no replacement for it. Persistence is a word that holds so much power. Persistent to set goals, have dreams and not stop until you achieve what you want. Persistence is a quality of winners and I believe it’s in all of us. I believe it’s within you. God bless.